Heather Watson admitted she was ‘deflated’ after her crushing fourth-round defeat at Wimbledon but believes her best tennis is still to come.

The British No 4 missed out on a place in her first Grand Slam quarter-final when she was beaten 6-2, 6-4 by German Jule Niemeier on Centre Court.

But despite recently turning 30, Watson insists she can continue to break new ground in her career. 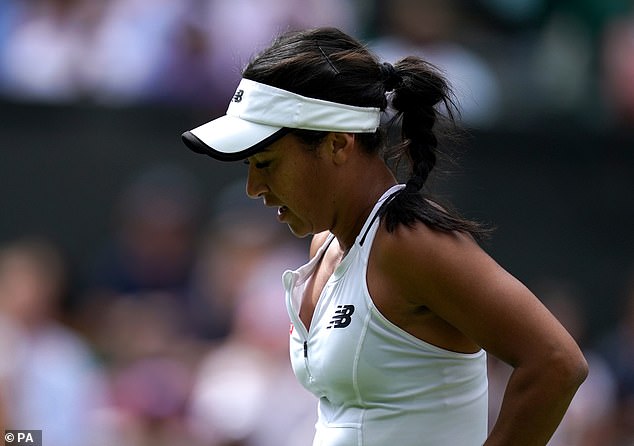 ‘I’m still quite deflated and disappointed,’ said the world No109, who was the last Brit left in the women’s singles.

‘I saw today as a big opportunity, I believed in myself, and thought I’d come through it.

‘But I think in the women’s game, often people are breaking through later. Experience counts for a lot and everybody’s journey is different. 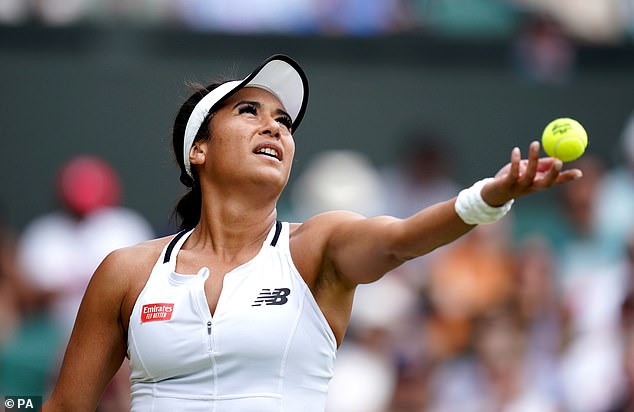 Despite the defeat, 30-year-old Watson insisted that her best tennis is still to come

‘I broke a barrier this week, so I am definitely hungry for more. I believe in my tennis and my game. I’ve been around a long time now, and I hope to be around at least a bit longer.’

The start of Watson’s match was delayed by 40 minutes because it followed the centenary celebration on Centre Court and the parade of champions, with some legends staying to watch.

‘I didn’t watch it because I think I would have found it emotional, especially when I heard the music playing in the background,’ added the Guernsey player. ‘But it didn’t affect me at all. I just stuck to my routines and just moved everything back a bit.

‘I didn’t see who was watching, so I don’t know who exactly was there. But I’ve always got nerves coming into Wimbledon.

‘Every moment that I spend on a court like today in front of the British crowd at Wimbledon, it’s so special. I don’t take it for granted.’