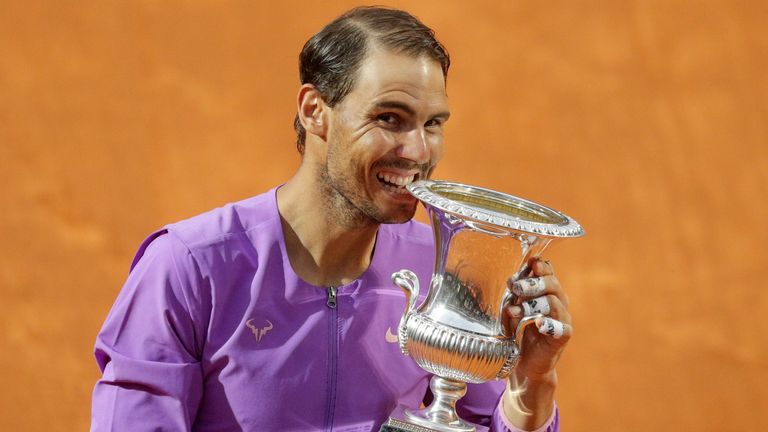 The Spaniard collected his 88th career ATP title with a 7-5 1-6 6-3 win over the world No 1 for a timely confidence boost ahead of the French Open.

Nadal will be favourite to land a 14th title at Roland Garros which would move him one ahead of Roger Federer on the all-time Grand Slam list. Both players are currently tied on 20 majors.

“I was lucky in some moments, especially against (Denis) Shapovalov,” Nadal said, referring to the round-of-16 match he won in a tie-break in the decider.

“And then I think I played a good tournament, I have been playing better and better, finding my rhythm on clay. I had a very positive week and I’m very happy.

“It’s amazing to have this trophy in my hands for the 10th time. It’s something impossible to imagine but it happened so I’m super happy and can’t thank my team enough.” 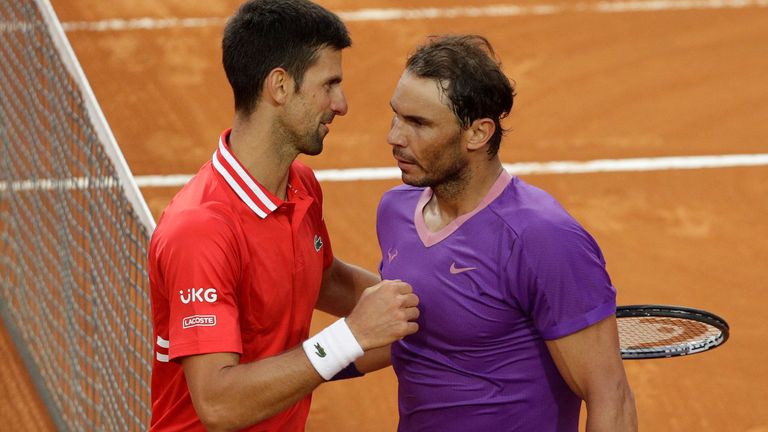 After a mid-match wobble, Nadal turned up the heat in the decisive moments of his 57th career meeting with top-seed Djokovic – the pair’s ninth in Rome – to secure the victory over the defending champion in two hours and 49 minutes.

Nadal broke to go ahead 6-5 in a tight opening set and then staved off Djokovic to take the early advantage in the contest.

But Djokovic, who lost heavily to Nadal in their previous meeting in the French Open final last year, pounced to quickly level the match at one set apiece after the Spaniard’s intensity dropped.

Second-seed Nadal then saved two break points at 2-2 in the decider, before switching gears to complete the win and match Djokovic’s record of 36 ATP Masters 1000 titles. 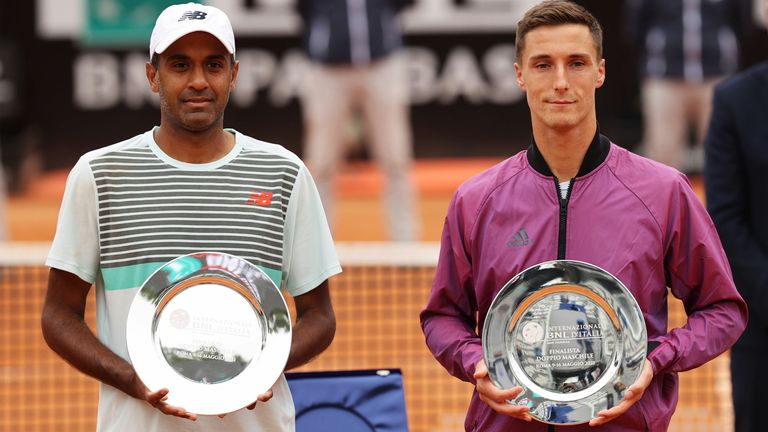 Joe Salisbury and Rajiv Ram came up short in the men’s doubles final as they lost in straights sets to Nikola Mektic and Mate Pavic.

Briton Salisbury, 29, and American partner Ram, beaten finalists at the Australian Open in February, were defeated 6-4 7-6 (7-4) in Rome by the Croatian second seeds in one hour and 24 minutes.