Wimbledon: Sue Barker confirms it's her last year as pundit

Tennis pundit John McEnroe has claimed that some of Rafael Nadal’s actions may be “tiring” to his rivals after the 22-time Grand Slam champion admitted that he could not feel his foot during his French Open victory. Nadal faces Francisco Cerundolo in his opening Wimbledon match as the Spaniard aims to complete the first Calendar Slam since Rod Laver in 1969, following wins at the Australian Open and Roland-Garros this year.

Nadal is two Slams ahead of Novak Djokovic in the all-time standings, something which BBC presenter Sue Barker asked McEnroe would be playing on their minds. “Well they are totally opposite approaches,” the American pundit replied. “Djokovic talks openly about wanting to have the most and Nadal acts like nothing matters except going out and giving an effort every point and every match.

“It seems to have worked pretty well for both of them if you go by the history and how many Grand Slams they have won, so whatever makes you happy and whatever brings out the best in you is probably what you should do. Sometimes I suppose it could get tiring to opponents to hear Rafa say ‘I didn’t feel my foot, I couldn’t even feel it!’

“You looked pretty good to me at the French and now all of a sudden he did some other procedure that I don’t even know what it’s called. Whatever it was and whatever it is he seems to feel pretty good and doesn’t have any pain and it’s unbelievable, and also I am glad they are on different sides.” 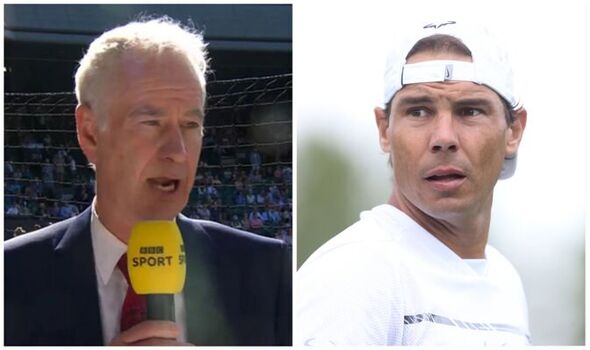 After defeating Casper Ruud in the French Open final, Nadal said: “I have no feelings in my foot, because my doctor was able to put anaesthetic injections on the nerves. That takes out the feeling on my foot.”

Being on different sides of the draw means that Nadal and Djokovic could face each other in the final, but if Andy Murray is to reach the final and attempt to win at Wimbledon for the third time he will have to overcome Djokovic before he reaches the final. 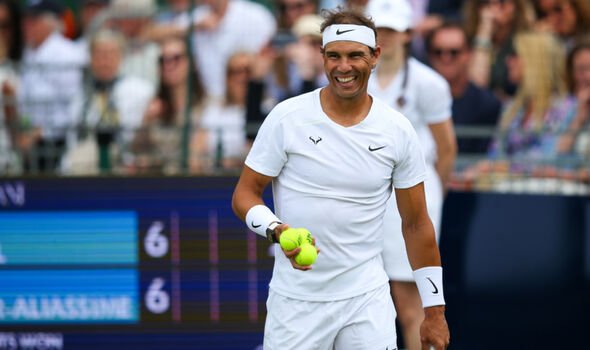 “I am really happy for Andy,” McEnroe added. “I don’t know how he could possibly do it. He has got a metal hip and you think he was number one six years ago and what has happened since and the battles he has had, 99 out of 100 guys would have quit I think.

“But he loves it, and he loves the competition of it and he deserves it. I think the last six months watching him, even though he last lost a bunch of these matches, he looked better, he looked like ‘Oh man, sort of close to Murray when he can move’.