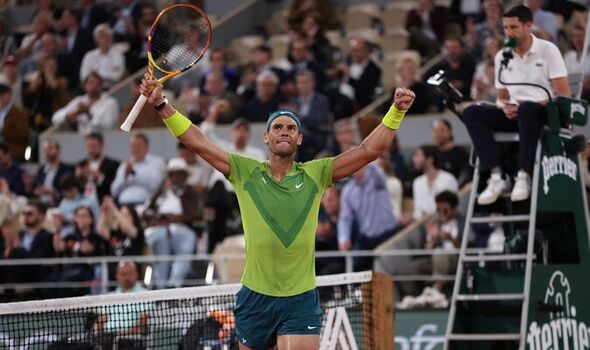 Rafael Nadal’s coach has claimed that a victory in Sunday’s French Open final would be his greatest achievement, even after the Spaniard returned from a six-month injury layoff to win a record 21st Major in Australia earlier this year. The 13-time champion in Paris takes on Casper Ruud for the title.

Nadal is bidding to win a record-extending 14th French Open and overall 22nd Grand Slam title when he faces first-time Major finalist Ruud today. Despite enjoying huge success at Roland Garros, the fifth seed has somewhat surprised everyone by reaching the final so soon after struggling with his chronic foot injury.

The 36-year-old started his season by winning three titles and 20 straight matches before injuring his rib and only returned at the Madrid Masters last month before his chronic foot injury troubled him a week later in Rome and left him doubting whether he could even play the French Open. Now into the final, Nadal’s coach believes a title win would deserve the “most credit in his entire career”.

“If he wins, in my opinion it’s the title that deserves the most credit in his entire career,” Carlos Moya told L’Equipe. Explaining why it would be even more unbelievable than his record 21st Major win in Melbourne this year, he added:  “Well, when I look at the one in Australia this year, it was also beyond anything. Both of them are at the top.

“The preparation for the Australian was nothing. And here, even less! But this is the clay, this is Roland [Garros], and with Rafa, anything can happen. If he were to win, I would put this one, maybe, ahead of the Australian Open.”

Nadal had failed to reach the final in both clay tournaments he played leading up to the French Open – losing to Carlos Alcaraz in the Madrid Masters quarter-final before losing a 6-1 lead over Denis Shapovalov in the Italian Open third-round when his foot injury flared up, crashing out in three sets.

But Moya still believed in his charge in Paris, and admitted he wasn’t surprised to see Nadal back in another French Open final, despite length battles in his recent rounds. The 1998 French Open champion said: “I’m not surprised, I know what he’s capable of doing to survive in the worst conditions, I know the resilience that he has.

“This tournament has proved it again. Of course, in the last two matches, he was very close to losing. But he survived.”