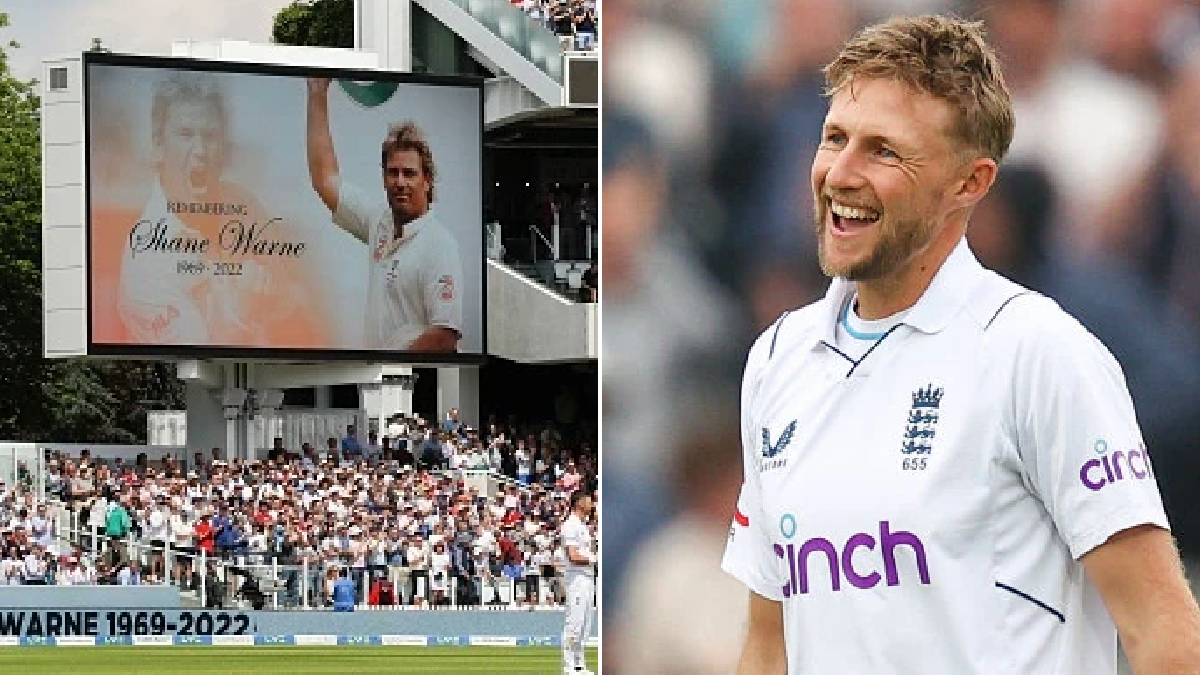 Joe Root paid a special tribute to Shane Warne after guiding England to victory over New Zealand in the first Test of the summer at Lord’s.

The Australian cricket legend died of a suspected heart attack in March and his tragic passing transcended the cricketing world.

Warne was close to several members of the current England team and backroom staff, including Root and his successor as Test captain Ben Stokes.

Ahead of England’s match against New Zealand, the commentary box at Lord’s was named in Warne’s honour, while the crowd rose as one in the 23rd over on the first morning of the game to salute one of the sport’s great entertainers and most prolific wicket takers.

Root, meanwhile, enjoyed a stellar return to the rank and file, with his unbeaten 115 helping England to begin a new era under the captaincy of Stokes, as well as new head coach Brendan McCullum, with a five-wicket victory.

Although England, ultimately, cantered to a win that looked unlikely at one stage Root felt an ultra-competitive, low-scoring match was played in a spirit that Warne would have appreciated.

He said: ‘It’s a nice feeling. It was hell of a game and for this game to be in Warney’s memory with such aggressive cricket is fitting in many ways.’