The most extraordinary statistic of the tennis year continues to be the fact Rafael Nadal remains unbeaten at Grand Slams.

And with Novak Djokovic absent, it would not be a huge surprise if it stays that way, with the Spaniard safely through to the last 16 at Flushing Meadows.

Nobody knows how to navigate a fortnight, and build momentum, like Nadal. 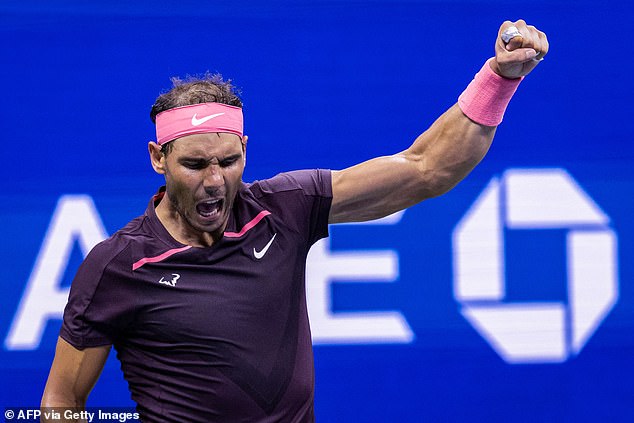 He comfortably went through when he hammered fellow veteran Richard Gasquet 6-0, 6-1, 7-5.

All of Nadal’s campaigns at the majors this season have been preceded by injuries. 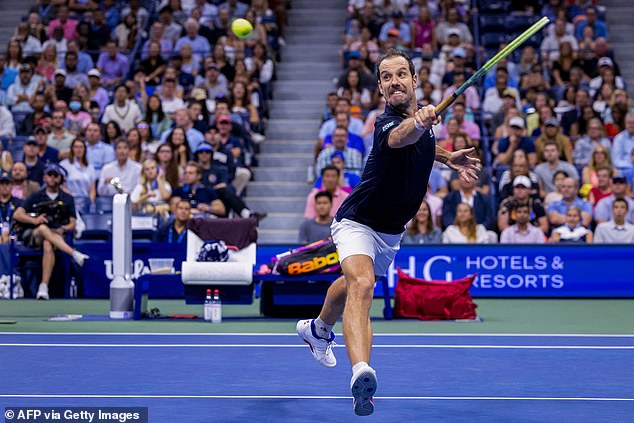 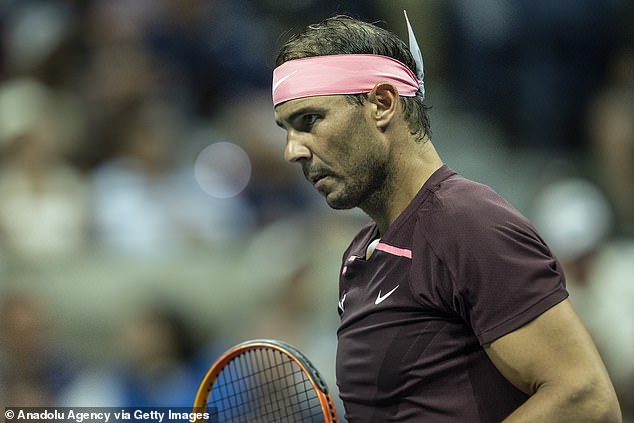 ‘I know it’s the right moment to make an improvement if I want to keep having chances to keep going in the tournament,’ said Nadal.

‘I played better in Australia than here going to the second week. The story of the year and the results at the Slams have been incredible, so that helps. All these victories make me more confident.’