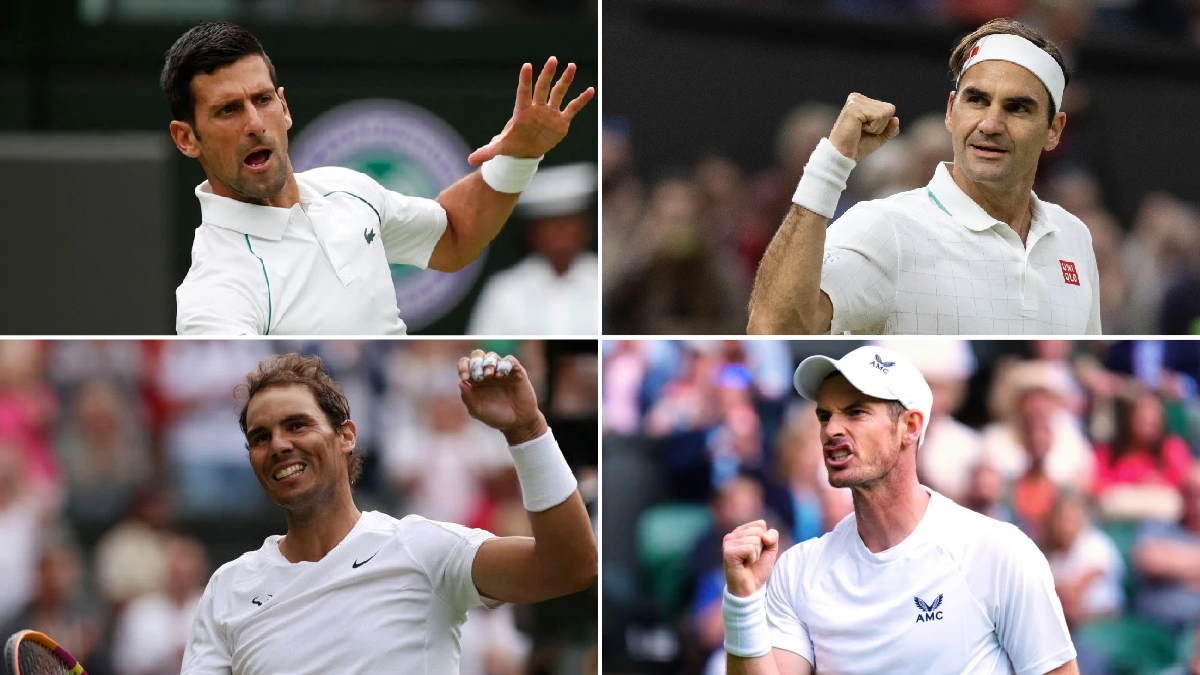 Novak Djokovic has revealed his desire to reunite with Roger Federer, Rafael Nadal and Andy Murray after Wimbledon 2022 at The O2 in London.

The 20-time major champion is currently defending his Wimbledon crown, a tournament he has won six times, securing a straight-sets second-round win over Thanasi Kokkinakis on Wednesday and could meet second seed Nadal in the final.

After the match, the 35-year-old Serbian, top seed at this year’s Championships, was asked about reuniting with his fellow Big Four members at Federer’s Laver Cup in September and admitted it was a ‘possibility’ that would be ‘unique’.

The Laver Cup, an indoor hard-court event, was founded in 2017 by Federer, absent from this year’s Wimbledon, and sees a star-studded Team Europe and Team World team battle it out for supremacy, similar to the Ryder Cup in golf.

Nadal and Federer, who have won a combined 43 Grand Slams, have already confirmed for the 2022 event – alongside Great British hero Murray, who crashed out of Wimbledon on Wednesday – and will be coached by the great Bjorn Borg.

It will take place at The O2 in London and when asked about his possible participation this year, Djokovic, who has appeared at the tournament once in 2018, said: ‘It would be very unique.

‘It is a possibility. My agent has communication with the Laver Cup team. We have an agreement that there will be a decision after Wimbledon is finished.

‘Laver Cup is the only competition where you can have all the big rivals, the big three, big four players joining in the same team.

‘It is a very different and exciting concept for us players, but also for the fans around the world. The O2 Arena is a familiar venue for me and for us players. We’ve been playing for more than 10 years the World Tour Finals in that arena.

‘I think the tradition here in Britain for tennis has contributed to a very successful event over the course of more than 10 years. So, of course, it would be a pleasure to play there again.’