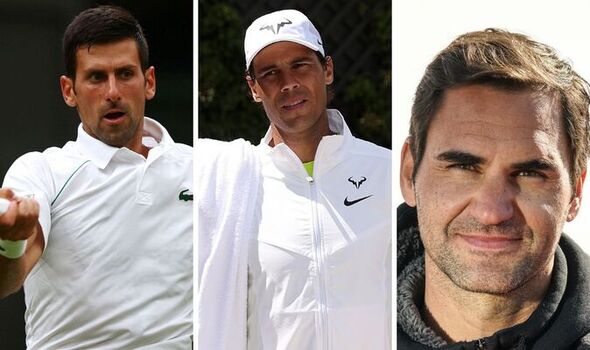 Novak Djokovic became the first player in history to win 80 single matches at all four Grand Slam events and the Serbian doesn’t plan to stop anytime soon on Monday. Djokovic was tipped as the pre-tournament favourite despite what’s been a frustrating year for the Serbian tennis icon.

He’s lost his world No 1 status to Daniil Medvedev with Alexander Zverev also now ahead in the rankings. The 35-year-old has had mixed results throughout the year too with victory at the Italian Open, but disappointing defeats at events in Monte Carlo and Dubai.

Wimbledon has been one of Djokovic’s favoured majors though and he always steps up his game for the big matches. Soonwoo Kwon threatened to cause a major upset in the early stages, with the match tied at 1-1 and the South Korean putting up a strong fight.

But Djokovic soon found his way past the plucky 24-year-old to progress to the esecond round. And the 20-time major champion set his own record in the process in becoming the first player in history to win 80 singles matches at each Grand Slam.

Djokovic is unapologetic in admitting that he wants to hold all the records when he retires and be regarded as the greatest of all time. And he’s set his sights on even more wins at Wimbledon, potentially surpassing Federer’s record of 105 wins at Wimbledon.

Speaking about the record, Djokovic said: “This sport has given me everything, I owe a lot to the sport and I love it still with all my heart.

Djokovic paid credit to Kwon after his first-round win for challenging him all the way on Centre Court.

“Credit to Kwon [Soon-woo] for playing some really high-quality tennis, he deserves an applause,” Djokovic said.

“Starting the tournament, I didn’t have any lead-up or preparation tournaments prior to this so you’re always going to feel a bit less comfortable than you would like, particularly if you’re playing against someone as talented as Kwon who stays close to the line and hits really clean.

“It was difficult to go through him so I had to figure out a way to get in control, it wasn’t easy. I had to put some variety in the game. The serve helped but at this level one or two shots decide a winner. I’m glad I was on the winning side today.”