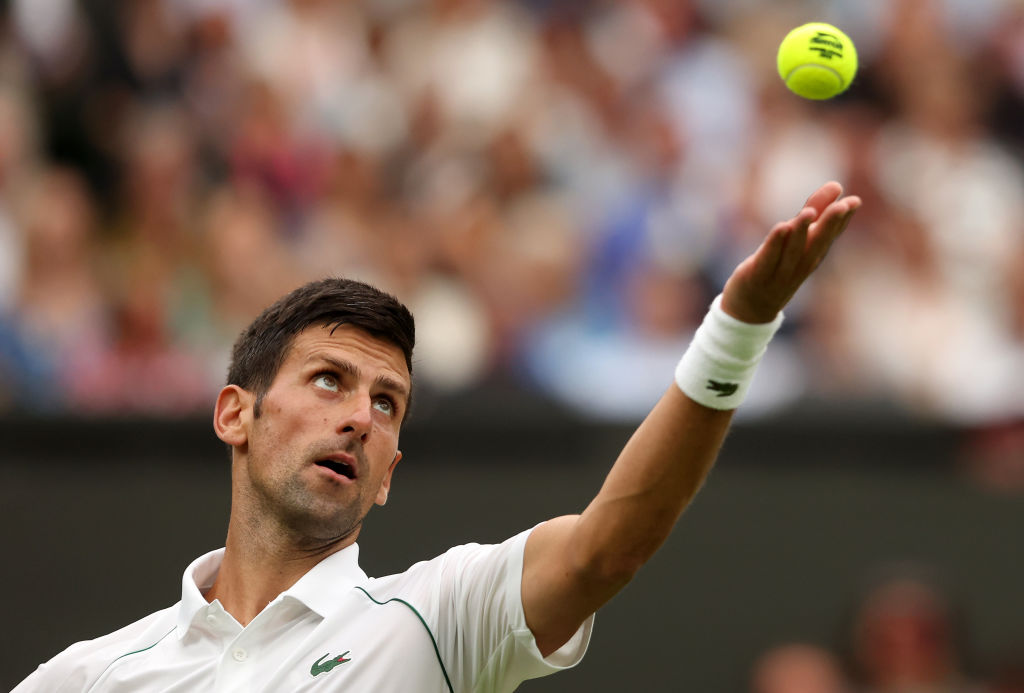 Novak Djokovic has described his first round win on the opening day of Wimbledon 2022 as ‘difficult’ and admitted he wasn’t as fully prepared as usual.

The reigning Wimbledon champion beat Kwon Soon-woo [6-3, 3-6, 6-3, 6-4] to advance to the next round of the championships but it was far from a routine victory for the Serbian.

Kwon, ranked 75 in the world, put up a fierce resistance throughout the match but began to tire during the fourth set and was ultimately unable to overcome the 20-time Grand Slam champion.

‘Credit to Kwon for playing some really high-quality tennis, he definitely deserves an applause,’ Djokovic said after the match.

‘Starting the tournament, I didn’t have any lead-up or preparation tournaments prior to this so you’re always going to feel a bit less comfortable than you would like, particularly if you’re playing against someone as talented as Kwon who stays close to the line and hits really clean.

‘It was difficult to go through him, so I had to figure out a way to get in control, it wasn’t easy.

‘I had to put some variety in the game. The serve helped but at this level one or two shots decide a winner. I’m glad I was on the winning side today.’

This was Djokovic’s 80th victory at Wimbledon, and as a result he has become the first player in history, male or female, to win 80 matches at all four grand slams.

‘This sport has given me everything, I owe a lot to the sport, and I love it still with all my heart,’ he added.