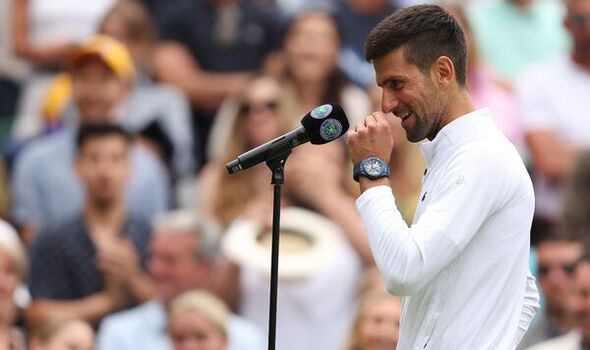 Novak Djokovic says he “knows what to expect” as he prepares to take on British hero Cameron Norrie in front of what will be a fiercely partisan crowd in their Wimbledon semi-final on Thursday. The Serb made it through to the last four after defeating Jannik Sinner in five sets on Tuesday.

And Norrie then went through a similarly mammoth encounter himself by winning in five sets on Court One against David Goffin of Belgium amid a raucous atmosphere in SW19 to set up a meeting with six-time Wimbledon winner Djokovic.

The two have only played once before, and speaking following his victory Djokovic appeared to suggest he has nothing to fear from his No.9 seeded challenger. “Well, we played indoor World Tour Finals, the only one encounter that we have had,” he said. “And of course different conditions, different tournament, environment than what it would be playing here in Wimbledon on Centre Court semifinals of a slam in his country, of course.

“I know what to expect if that happens, you know, in terms of the crowd support and everything that you mentioned. 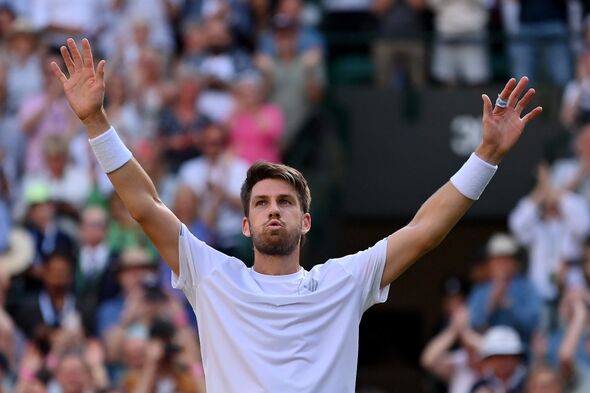 “Again, for him there is not much to lose. Every victory from now onwards is a big deal for him. I know that.

“But, you know, I practiced a few times. I know his game well. He’s been around. Of course I will do my homework and get ready.”

Djokovic will be the hot favourite to progress to yet another grand slam final, but a shock Norrie victory on Centre Court would lift the roof off and give him a real chance of becoming only the third Brit to win the men’s singles at Wimbledon since Fred Perry and Andy Murray.

An emotional Norrie wiped away the tears in his post-match on-court interview, telling the BBC: “I’m honestly speechless. I can’t even talk. I’m so happy to get through with such a great team, such a great family and friends here.

“It wasn’t going my way from the beginning. All credit to David, he was moving me and playing really good, but thanks to you guys I managed to stay as patient as I could.

“It was all just adrenaline, using my legs and trying to put the ball in the court, and it’s great to get over the line.”