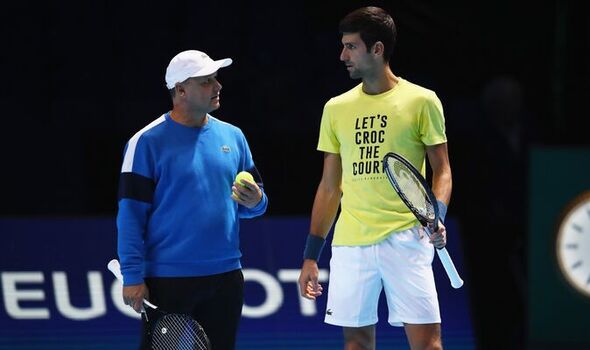 Novak Djokovic’s former coach has shared the reason he believes the world No 1 decided to part ways with him after 15 years. Marian Vajda and Djokovic made the decision to split at the end of 2021 but didn’t announce the news until March, and the Slovak is now working with world No 47 Alex Molcan.

Djokovic and Vajda made their split public at the beginning of March after 15 years together. During that period, the pair also split briefly between 2017 and 2018. The Serb’s long-time coach recently admitted he no longer wanted to travel full-time but has now confessed that he thought it was Djokovic who only wanted one coach working with him.

Goran Ivanisevic joined the team in 2019 and worked alongside Vajda, since taking over as the world No 1’s sole coach. Speaking at a press conference in Bratislava, Djokovic’s former coach of 15 years still seemed uncertain as to why he was removed from his position as he opened up on their split.  “It was a combination of various reasons: we have been together for a really long time and his decisions showed that he wanted to focus on Grand Slam tournaments – that is why he might think that it is not ideal to have so many people in his team. He wanted to reduce it and have only one coach,” he said.

“I don’t know for sure, because I never asked him, but I assume from my analysis of his tournament schedule, that he wanted to reduce his team, and he chose Goran Ivanisevic. It did not make sense for a coach to coach him only him on Grand Slams, because a coach needs a long-term plan.”

JUST IN: Nadal request made at Madrid Open due to Real Madrid vs Man City

Vajda was also asked whether the 20-time Grand Slam champion had proposed a framework where the Slovak could continue to coach him only at the four Majors. In response, he added: “I don’t know, because I never asked.”

When announcing their split, Vajda had released a statement saying: “During my time with Novak, I have been lucky to watch him transform into the player that he is today. I will look back on our time together with immense pride and am so very thankful for the success we have achieved. I remain his biggest support on and off the court and look forward to new challenges.”

At the recent Serbia Open – an ATP 250 event held in Djokovic’s own Novak Tennis Centre in Belgrade – the 20-time Grand Slam champion honoured some of his close team members with a ceremony, including Vajda.

At the time, the 57-year-old said: “I was just tired from the many trips, that’s the reason. I’m happy that we were able to greet each other here properly, having also been able to thank him in front of the people of Belgrade.”