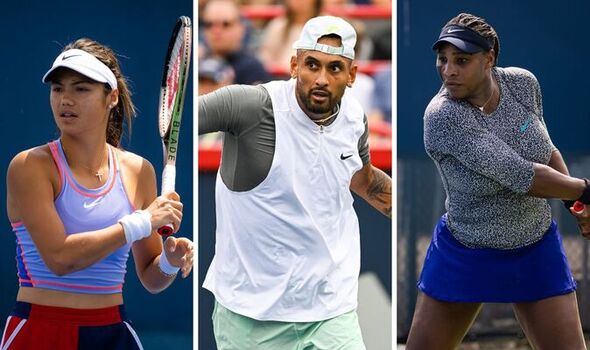 Nick Kyrgios previewed the upcoming Cincinnati Open clash between Emma Raducanu and Serena Williams despite admitting he wouldn’t be watching the blockbuster first-round match. The world No 28 rounded off the day session on the main stadium court with a 7-5 6-4 victory over Alejandro Davidovich Fokina, making way for the popcorn night session clash.

Kyrgios booked his spot in the second round of the Western & Southern Open with a straight-set victory over the world No 37 in 90 minutes. It was the final match of the day session in Cincinnati, while Tuesday’s night session will be headlined by a thrilling encounter between Raducanu and Williams, who will be vying to join the Aussie in round two.

The Wimbledon finalist was asked about the exciting first-round matchup following his victory and admitted it was unlikely he’d be staying up to watch the Grand Slam champions face off, but was full of praise for both women as he gave his verdict on their first – and likely last – meeting.

“I probably won’t to be brutally honest,” he told Greg Rusedski and Marcus Buckland on Prime Video when asked. “Not that I’m not a fan of tennis and those two amazing players.”

JUST IN: Andy Murray ‘stunned’ by Serena Williams announcement ahead of US Open 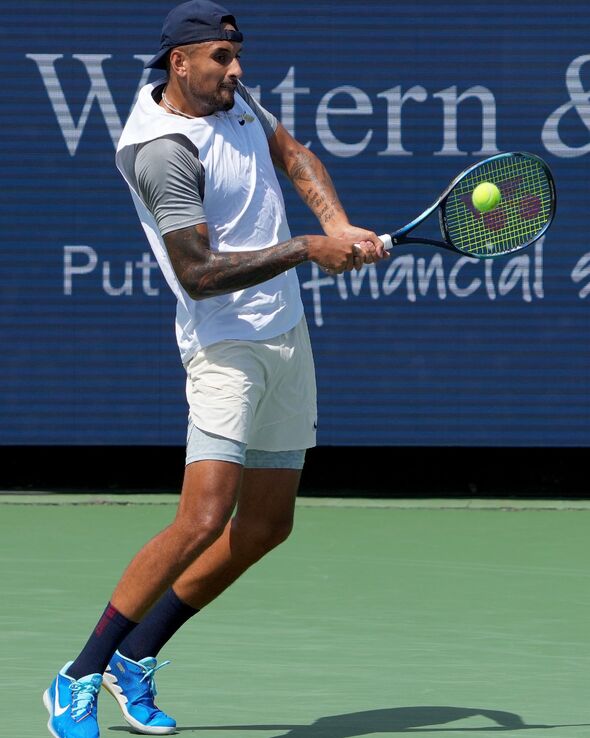 The 27-year-old explained why he thought the tennis world would relish the opportunity to watch their match even if he wasn’t as he continued: “Probably got one of the up-and-comers and someone who’s gonna carry the sport a long way, and probably the greatest of all time.

“So it’s definitely a mix of generations there and it’s definitely for tennis fans as hot as it gets.” Kyrgios recently received some support of his own from Raducanu, who tweeted his initials and a magic wand emoji after he reached his maiden Grand Slam semi-final at Wimbledon last month. 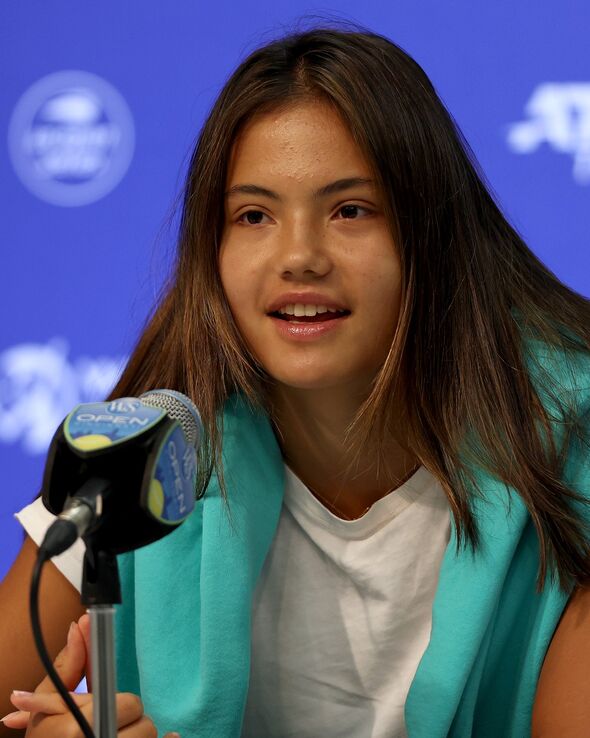 Raducanu faced backlash for her tweet as it came after reports from Canberra emerged stating that Kyrgios had been summoned to court over allegations of assault from his ex-girlfriend. But the British No 1 defended her decision to support him in a recent interview.

“To me, he’s always been very kind and generous,” the 19-year-old told the Evening Standard. “He was supporting me after Wimbledon last year, before the US Open, so the way he’s been with me, yeah, he’s been really nice. People definitely want to watch Nick.”