Nick Kyrgios’ cousin has defended the Wimbledon star from criticism over his personality. The combative Australian has battled his way to the final in London, where he’ll face Novak Djokovic on Sunday. And his family are backing him to reign supreme as he aims for the first Grand Slam title of his career.

Kyrgios’ charge to the final of Wimbledon has been marred by controversy so far.

The Australian received a fine earlier in the tournament for spitting at a fan who he believed was heckling, while also labelling a line judge a ‘snitch’ during a match with Paul Jubb.

Against Stefanos Tsitsipas, Kyrgios called for his opponent to be penalised for hitting the ball into the crowd.

And he also asked for a ‘new referee’ during that encounter, too.

Kyrgios has never shied away from being outspoken, often dividing supporters in the process.

Yet his cousin, Hafiz Amir Hamzah, has insisted the 27-year-old is a completely different character away from the sport. 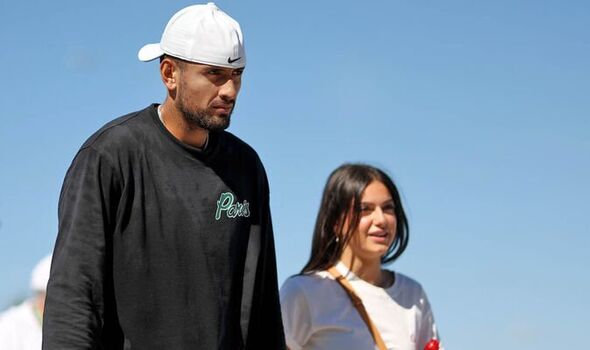 “I have known him all his life and he has always been the quiet one in the family.

“He is a kind-hearted person. People might be surprised. When my dad passed away a few months ago, he was very supportive of us.”

Kyrgios’ relative also claims the whole family will be supporting the tennis star against Djokovic, saying they ‘have always been proud of him’.

“When Nick plays, my whole family would watch his games,” he said.

“I feel really excited and super happy. Of course, I hope he wins. 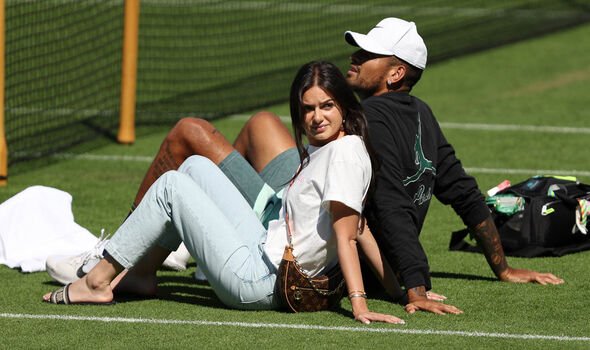 “My late dad was a tennis fan and used to watch every match. I only watched when Nick plays. I have watched almost all his games.”

On being close to Kyrgios, he continued: “I do message him sometimes.

“His mum always video calls us and if he is at home, he would say hi.”

Kyrgios will be aiming to emulate the likes of Djokovic, Roger Federer and Rafael Nadal when he steps out on Centre Court. 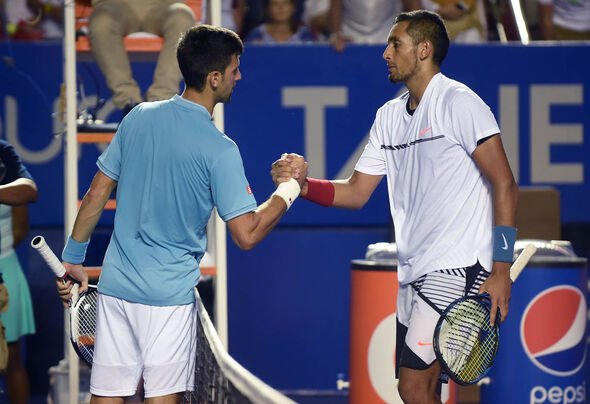 But the 27-year-old doesn’t want comparisons to be made with the trio, insisting a victory for himself wouldn’t necessarily represent a passing of the guard.

“I don’t think anyone’s able to fill those shoes, to be honest with you,” Kyrgios said.

“We’ve got a great crop of young players coming up. Alcaraz is unbelievable. Sinner, you saw what he’s able to do. So many younger guys. Even Nakashima, the way he played this tournament.

“I don’t think that myself or those guys are able to fill those shoes.

“We’ll never see a competitor like Rafa again. You’ll never see someone wield a racket like Roger, so effortlessly.

“You’ll never probably see anyone who just wins and just plays the game just so good as a winner than Djokovic. I don’t think anyone will fill those shoes. Once they’re gone, I’m not sure.

“I feel like if I ever am able to lift a Grand Slam trophy, like, please don’t put the pressure on me to do another one. Like, I’m not… No, I don’t know if anyone’s going to fill those shoes.

“It’s going to be a sad day when they go. I did a podcast and I said, like, I feel like humans, we take for granted how good athletes are at times.

“LeBron, for instance, in NBA, he’s been around for 18 years, 19 years almost, at the top of the sport, and we still criticise him.

“Federer, Nadal, Djokovic, these guys are, like, so rare.”