'It's a joke!' – Daniil Medvedev blasts Tokyo Olympics as players wilt in heat 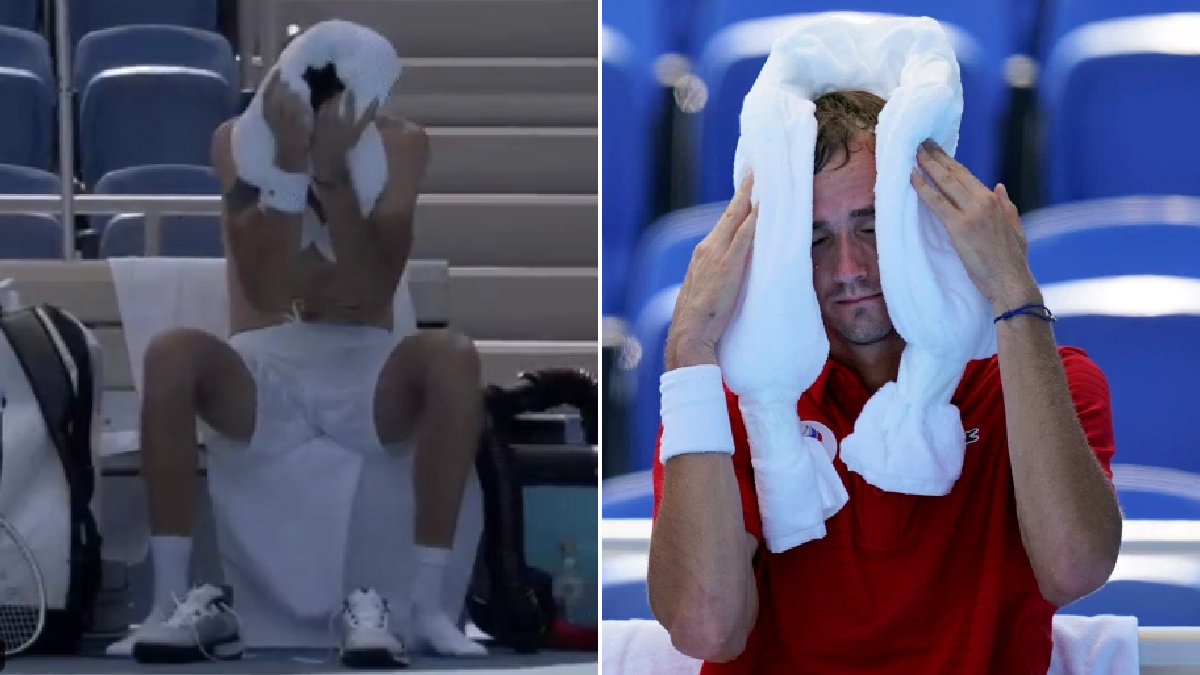 Tennis star Daniil Medvedev has called on the Tokyo Olympics to make changes to help players deal with the heat as the sweaty, humid conditions made for a punishing first day of action.

Temperatures reached 33C during the midday sun, though the heat index made it feel much hotter, while the stifling humidity was absolutely punishing as players stripped off clothes and poured water over their heads at changeovers to try and get some respite.

World number two Medvedev took off his shirt and shoes on one changeover, covering his head in an ice-cold towel, while fellow Russian Anastasia Pavlyuchenkova had to use a tube blowing out cool air.

But Medvedev does not feel the cooling mechanisms put in place are enough and has called on Olympics organisers to reschedule matches to the evening and revert to the standardised changeover times, blasting the shorter breaks.

Describing the heat as ‘some of the worst’ he had ever experienced after beating Alexander Bublik 6-4 7-6 – with initial men’s matches just best of three sets – Medvedev backed calls to move the matches to a later time.

‘I don’t think they are going to change anything in the middle of the tournament but that’s what can be done,’ he said.

Taking aim at the tournament’s tweak to the changeover rules, he continued: ‘I think the fact that we have only one minute between the changeovers is a joke… It should be 1:30 like it is in other tournaments.’

He added: ‘But you have to play. That’s the Olympics, you go for the medal. You are not here to cry about the heat.’

Pavlyuchenkova was also critical, saying: ‘You’re just not feeling great. So I wasn’t enjoying it at all.