'How is that allowed?' – Murray slams heckler who reduced Naomi Osaka to tears 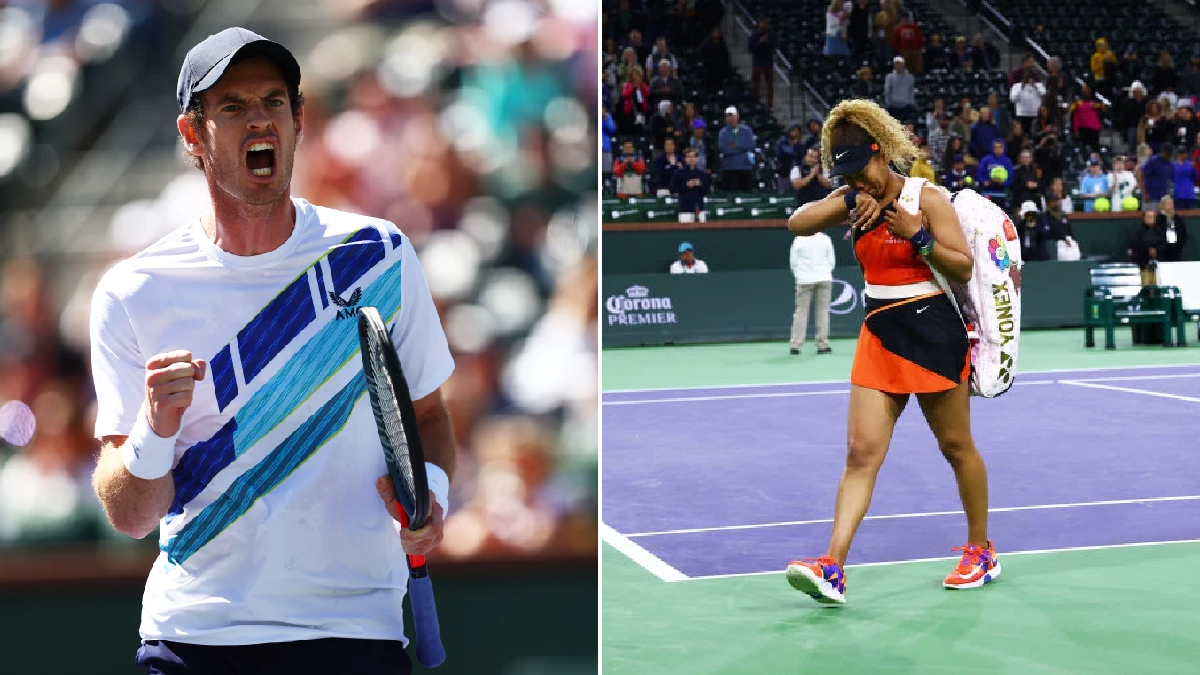 Andy Murray says he feels for Naomi Osaka after she was reduced to tears by a heckler and is baffled as to how people can think it’s acceptable to shout abuse at an athlete.

During Osaka’s straight sets defeat to Veronika Kudermetova at Indian Wells, one spectator proceeded to shout out ‘Naomi, you suck’ during a lull in play.

The 24-year-old was clearly taken aback by the comment, slumping to 6-0, 6-4 loss, and could later be seen wiping away tears as she gave a powerful post-match interview.

Murray, who suffered his own defeat to Alexander Bublik, says he feels sorry for Osaka but knows sadly sports stars have had to learn how to tolerate such incidents as part of the game.

‘It’s a difficult one. I’ve often thought watching certain sports, I wouldn’t say I’ve often seen it loads in tennis, but if I watch a football or a soccer match and a player’s going to take throw-in or a corner kick and the crowd are just hurling insults at those individuals,’ he said.

‘I’ve played in certain atmospheres as well myself in tennis, like Davis Cup atmospheres, away from home, especially where the atmosphere’s intense, and sometimes things are said, you know, and it’s not that comfortable.

‘The people that come to watch, you want them to be there and supporting the players and not making it more difficult for them. I don’t know, but there’s also, it’s also something that’s always just kind of been part of sports as well.

‘If you go and watch a basketball match, for example, and a player’s taking free throws, you know, I would say like almost every basketball match I’ve been to one of the players has been heckled by the crowd as well, and whilst it is wrong for those individuals to be doing it, you know, the athletes obviously, I guess, have to kind of be used to that as well or be able to deal with that too, even though it’s not pleasant.

‘I feel for Naomi, that obviously it upset her a lot and, you know, but yeah, it’s always been something that’s been part of sport, I guess, as well.

‘So, you know, you have to, I guess, be prepared for that in some ways and be able to tolerate it because it does happen regularly across all sports.’