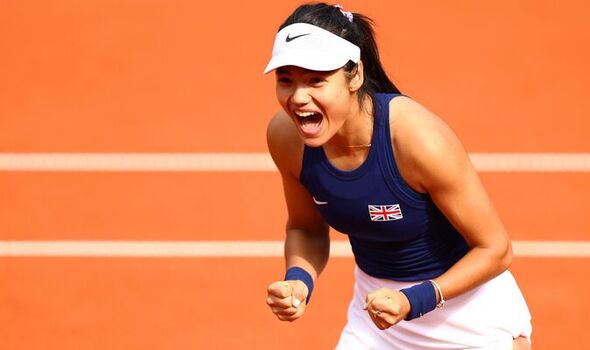 Emma Raducanu has learned her fate in the Madrid Open draw as she is set to make her debut at the 1000-point event next week. The world No 11 has been given a favourable opening round as she faces Tereza Martincova, the Czech player she beat in her first-ever professional clay-court match at the Billie Jean King Cup two weeks ago.

Raducanu is the ninth seed in Madrid and opens against her recent victim, world No 49 Martincova. In her recent professional debut on the clay, the 19-year-old defeated the world No 49 7-5 7-5 in Great Britain’s Billie Jean King Cup qualifier tie against the Czech Republic.

If she wins her first match, the world No 11 will then face a fellow teenager in either Marta Kotyuk or Clara Tauson in the second round. The 19-year-old Ukrainian defeated Raducanu in the Transylvania Open quarter-finals last year 6-2 6-1 while the Brit faced Tauson in the final of the Chicago Challenger – her last tournament before becoming US Open champion – where the Dane won a tight contest 6-1 2-6 6-4.

World No 1 Iga Swiatek is at the top of Raducanu’s quarter, meaning if both players get there it will be a second consecutive quarter-final between the pair following their first meeting in Stuttgart last week. It was also the first quarter-final of the season so far for the Bromley teenager, who will be hoping to build on her performance in the Porsche Tennis Grand Prix.

JUST IN: LTA chief with ‘ties to Putin administration’ welcomed by Wimbledon

The Madrid draw announcement comes after Raducanu parted ways with Torben Beltz, her coach of five months who was with her in Stuttgart last week. The 19-year-old will now be joined by the Lawn Tennis Association’s Iain Bates in Madrid, as she is set to use the LTA’s coaches in the “interim”.

“I want to thank Torben for his coaching, professionalism and dedication over the last half a year,” the US Open champion said in a statement on Tuesday. “He has a huge heart and I have enjoyed our strong chemistry during the time together. “I feel the best direction for my development is to transition to a new training model with the LTA supporting in the interim.”

The British No 1 will not be appointing a head coach in the short-term, likely working with different mentors for the remainder of the clay-court season with her French Open debut now less than a month away.

Raducanu arrived in Madrid early and has already been hitting on court ahead of the start of the tournament later this week.