Coco Gauff has failed to match her best showing at Wimbledon after being defeated by compatriot Amanda Anisimova. The 20th seed came from a set down to dispatch the teenager 6-7(4) 6-2 6-1 in two hours and seven minutes on Centre Court in front of a packed royal box full of British sporting icons.

Gauff and Anisimova had faced off just once before on the WTA Tour, on the clay courts of Parma last year where it was the younger American who got the better of her compatriot in straight sets. They had also met in the junior competition at the US Open five years ago, where it was Anisimova who won in straights.

The 18-year-old got off to a much faster start in their second tour-level meeting, breaking in the 20th seed in her first service game to take a quick 3-0 lead. But the opening set became something of a rollercoaster as Gauff lost four games in a row with the 20-year-old taking a 4-3 lead with the break.

But her lead was short-lived as the teenager broke straight back to level things at 4-4 for the fourth break in eight games. The 11th seed then saved another break point for a 5-4 lead and the Americans continued to hold to force a tiebreak. It was Anisimova who stormed to a 4-1 lead but, just like in the rest of the set, it didn’t last long.

JUST IN: Liam Broady knocked out of Wimbledon as brilliant run ended in R3 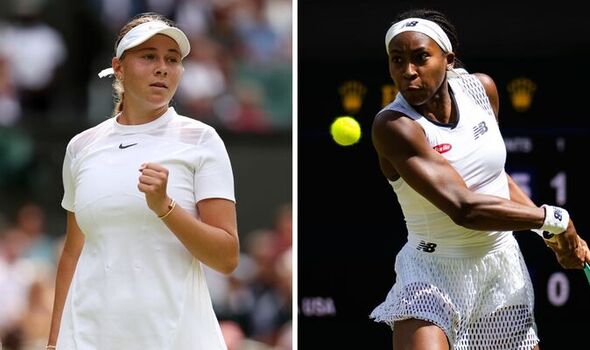 Gauff reeled off six points in a row to snatch the tiebreak and the opening set 7-6(4). She failed to carry her momentum into the second set as it became another up-and-down affair, with Anisimova breaking to start the set 2-0 up. The 18-year-old broke straight back but was broke against as the world No 25 consolidated her break to lead 4-1.

The world No 12 looked to threaten the Anisimova serve as she got to deuce at 2-4 and the elder American let out a loud “come on” as Gauff hit an unforced error, with the teenager facepalming as the 20-year-old held to extend her lead to 5-2. And after failing to capitalise on a deuce game, Gauff immediately went 0-40 down to gift her opponent a triple set point as Anisimova forced an error from the 11th seed to force a decider after 98 minutes of the match.

Both players left the court ahead of the final set and it was another mini-battle in the first game as Anisimova held from deuce. Gauff responded with a confident love-hold for 1-1 to mark the first set that hadn’t seen a break in the first two games. The 20-year-old was the first to break as Gauff chased down a drop shot on break point but sent the ball long to give Anisimova a 3-1 lead. 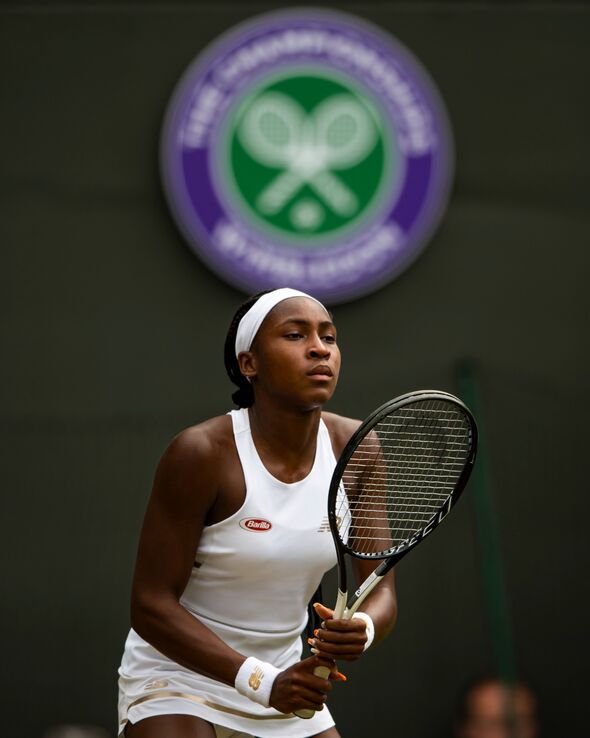 Gauff then had two break-back points but couldn’t capitalise as the 20th seed extended her lead to 4-1. And it was all Anisimova as the elder American broke again to serve for the match at 5-1 and she served it out to love, putting her hands to her head in disbelief after winning on her Centre Court debut.