Tennis rising star Carlos Alcaraz revealed he needed to be more ‘aggressive’ if he is to achieve his dream of reaching World No.1. His comments came after the Spaniard became the youngest player to break into the world’s top five that feat since the 22-time Grand Slam champion Rafael Nadal did so in 2005.

Alcaraz failed to secure a fifth ATP title in the Hamburg Open final after he slipped to a 6-4 6-7 (6-8) 6-4 defeat to Lorenzo Musetti on Sunday. The 19-year-old fell to the Italian and claimed his opponent was the better player and deserved to win the title.

The Spaniard entered the final as the clear favourite, but Musetti was fearless as he secured his first singles title. Afterwards, Alcaraz insisted Musetti deserved the victory and still found time to praise his own play.

“I think he deserved the win today,” Alcaraz admitted, per the ATP website. “He played better than me, of course.

“He was more aggressive all the time. I didn’t play my best, but I fought until the last ball and I’m really happy with that.” 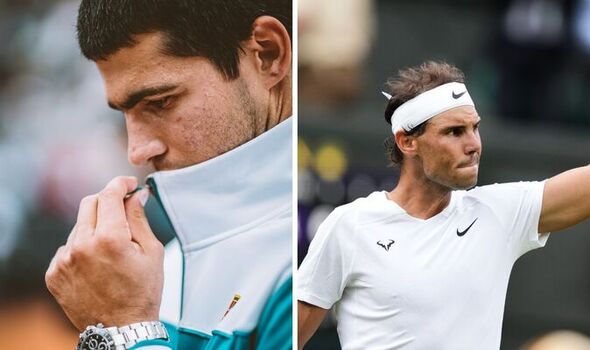 After clinching the opening set, Musetti broke Alcaraz in the first game of the second set and at one point even had a 6-4 5-3 lead. In the 10th game of the second set – with Musetti serving to win the final and his maiden title – the Italian threw away two successive match points before Musetti blew a 6-3 lead and three more match points as Alcaraz forced a third set against all odds.

Just as it seemed as though Alcaraz had turned the tables and secured another epic victory in his sensational 2022 season, Musetti responded. He secured the only break of the crucial third and final set in the 10th game, when Alcaraz was serving to stay alive in the final.

“Of course I was really upset, but I tried to not show my opponent my reaction,” said Musetti. “I tried to forgive[ myself for] all the match points and all the points [when] I couldn’t do it.

“I think that was the most [important] thing, even for me, because I didn’t expect the win after all this roller-coaster, so I’m super happy to be here and to be the champion.” 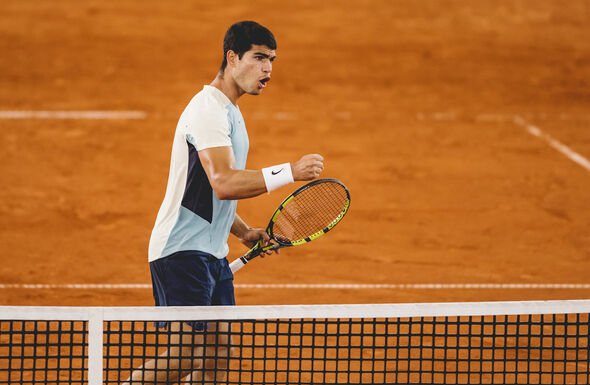 The result means Alcaraz has won four titles in 2022 after wins in Rio de Janeiro, Miami, Barcelona and Madrid. His epic performances has seen the Spaniard climb into the top five for the first time, becoming the youngest player to reach such a level since Nadal.

Nadal achieved the ranking just a month shy of turning 19 after winning the first of his 10 Rome Masters titles 17 years ago. Alcaraz confirmed he will be ranked at least fifth in the world come after defeating Alex Molcan 7-6(2), 6-1 to make the Hamburg final this past weekend, which he lost to Musetti.

Alcaraz could join the likes of Nadal, Novak Djokovic, Roger Federer and Andy Murray in representing Team Europe at the Laver Cup. Ahead of such an announcement, Alcaraz commented on his rankings rise and said: “It means a lot, as I work hard every day. Top 5 is pretty amazing and I will keep going to reach my dream, becoming world No 1.

“It is an amazing city with amazing people, I enjoyed every single second here. See you soon!”