‘Roar for the Lionesses!’ England oldies urge nation to cheer team all way to final 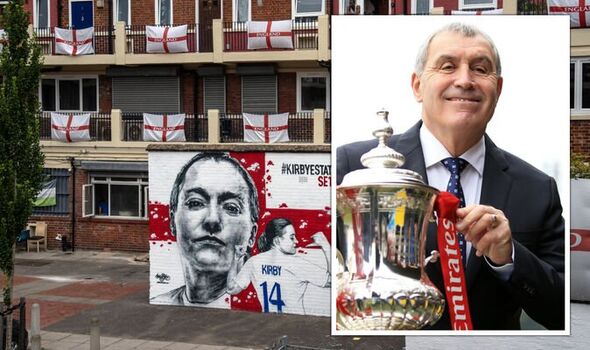 The Lionesses’ performances have attracted millions of new fans to the women’s game – with 9.1 million watching their extra-time quarter-final 2-1 win over Spain on the BBC
last Wednesday. An additional 2,000 tickets released for the semi-final were snapped up by fans within 10 minutes.

Now former England players have insisted it is so important for equality and national pride that we all cheer on the team at 8pm this evening.

Goalkeeping legend Peter Shilton OBE, who won 125 caps for England from 1970 to 1990, claimed he would be screaming himself hoarse.

The 72-year-old said: “I think it will be tough – but with the crowd behind them, they can do it.

“They look full of energy and they give 100 per cent. The way they play is very refreshing, with honesty and endeavour.”

The former central defender, 63, who won 77 England caps, said: “If we can get more young girls playing football, it is marvellous. Look at what happened when rugby union became professional. It is a really great thing for the country.”

But it’s not just former stars who have been glued to the Lionesses’ gutsy performances.

Lionesses striker Fran Kirby, 29, said: “If we get to the final, it will be incredible for people in this country to have something to enjoy.”

A mural has been dedicated to her on the Kirby Estate in south London.

England fans are expected to drink some 11.2 million pints tonight while they lend their support.