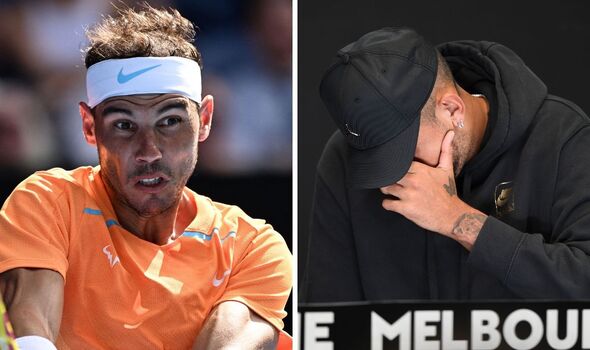 The 2023 tennis season is officially up and running with the start of the Australian Open and the tournament has already thrown up a few surprises. Most notably, Nick Kyrgios is out of the tournament with the home favourite pulling out due to a knee injury.

His withdrawal comes as a huge disappointment for the men’s side of the draw with world No 1 Carlos Alcaraz also out of the tournament. The tough opening test for Britain’s men began with a defeat for Kyle Edmund against Jannik Sinner.

The biggest match of the day was arguably Rafael Nadal against Jack Draper though and the young Brit more than held his own in the opening exchanges. Meanwhile, Emma Raducnau put her injury fears behind her and sailed through to the second round with a win over Tamara Korpatsch.

She will now take on American hope Coco Gauff in a testing second-round match. The top seeds have so far avoided any shock opening-round defeats, but Stefanos Tsitsipas, Daniil Medvedev, Felix Auger-Aliassime are all still to feature in Monday’s order of play.

Any fears that Emma Raducanu was carrying over an injury into the tournament were put to bed with her opening-round win.

The 2021 US Open champion looked in complete control for the entire match against Tamara Korpatsch.

It comes little over a week after she rolled her ankle in Auckland, but she now faces a difficult task against Coco Gauff.

The American has been tipped to win her first Grand Slam this year and herself looked in great form against Katerina Siniakova.

So it’s been a quiet start to the Australian Open you say?

Nick Kyrgios is out just hours before his first-round match after withdrawing from his home Grand Slam with an injury.

Britain’s Jack Draper has taken a set of Rafael Nadal while Emma Raducanu is safely through to the next round.

Follow us live throughout the day for all the latest reaction to today’s games.