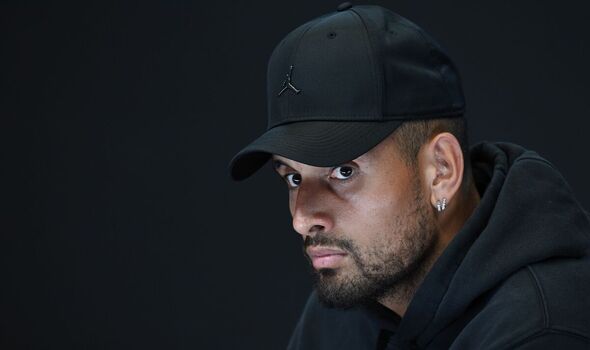 Australian Open fans have come up with a new conspiracy theory following the withdrawal of Nick Kyrgios, who became the latest high-profile player to pull out of the tournament after the likes of Paula Badosa. Viewers have been quick to notice that the players getting injured ahead of the first Grand Slam of the season are the same players being followed in Netflix’s new tennis documentary series Break Point, sparking a theory about a “Netflix curse”.

Kyrgios’ withdrawal fuelled conspiracy theories on Monday when the top-ranked Aussie was forced to pull out of his home Slam after an MRI scan on his knee showed that he had a parameniscal cyst growing in his left meniscus. He became one of many high-profile players to pull out of the tournament, with fellow Aussie Ajla Tomjanovic also withdrawing over the weekend while ATP world No 1 Carlos Alcaraz pulled out nine days ago.

And the specific list of players getting injured ahead of the first Major of the year has sparked a theory that there is a “Netflix curse” going around, with all of the significant withdrawals coming from players profiled in the streaming service’s new tennis documentary series. Kyrgios is featured in the first episode which followed his run to the Australian Open men’s doubles title alongside Thanasi Kokkinakis last year.

Tomljanovic is another player whose time at the 2022 Aussie Open was chronicled in the documentary, coming in the second episode, and the WTA No 35 announced her own injury withdrawal over the weekend with an Instagram saying: “It absolutely pains me to have to write this but unfortunately I won’t be able to compete at this year’s Australian Open.”

JUST IN: Inside Becker’s ‘brutal’ jail time as German returns to TV at Aus Open

Badosa, who appears in episode four showing her time at her home tournament at the Madrid Open, also followed Tomljanovic in withdrawing from the Australian Open on Saturday after picking up an injury during last week’s Adelaide International 2. “During the quarterfinal match in Adelaide, I hurt myself and after receiving the results I will have to be out a few weeks,” the world No 16 wrote.

“Sad to miss Australian Open this year, really going to miss it. I will do everything I can to return as soon as possible.” All three players feature in part one of Break Point, which was released on Friday January 13.

And ATP No 1 Alcaraz is also being included as a victim of the Netflix curse, as the 19-year-old’s run to the US Open title last September is set to be featured in part two of Break Point when the remaining episodes are released in June. The most recent Grand Slam champion on the men’s side was forced to pull out more than a week ago after picking up a fresh injury during his pre-season training.

“When I was at my best in preseason, I picked up an injury through a chance, unnatural movement in training. This time it’s the semimembranosus muscle in my right leg,” he wrote on social media on January 7. “I’d worked so hard to get to my best level for Australia but unfortunately I won’t be able to play the Care A2+ Kooyong or the Australian Open. It’s tough, but I have to be optimistic, recover and look forward. See you in 2024, Australian Open.”