Leading local women’s hope Ajla Tomljanovic has withdrawn from the Australian Open with a left knee injury, leaving her dream of backing up Ash Barty’s 2022 tournament win in tatters.

The 29-year-old  tennis star finished 2022 with a career-high ranking of No.33 after reaching the quarter-finals of both Wimbledon and the US Open and was considered a genuine championship threat at the Aussie Open.

With Barty now retired, Tomljanovic was Australia’s highest ranked female and had a golden chance to progress deep in the tournament at Melbourne Park. 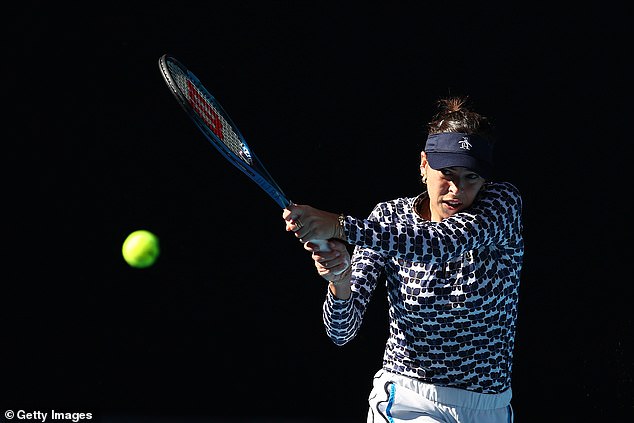 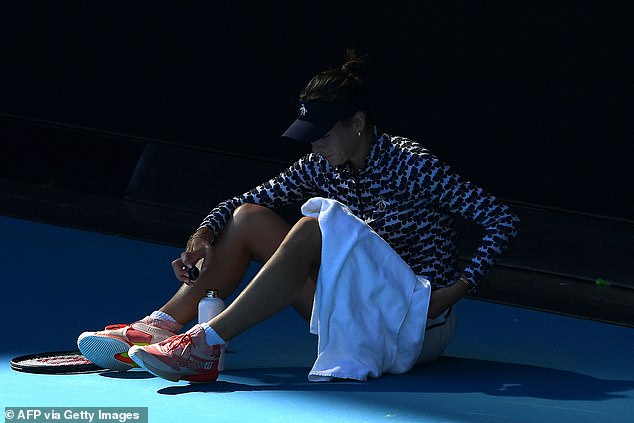 After trying to get her body right, the Aussie star realised she was not going to be ready and was forced to withdraw from the Australian Open

However after withdrawing from the maiden United Cup through injury, she was forced to accept that her body was not going to be ready in time for next week’s Aussie grand slam.

‘It absolutely pains me to write this but unfortunately I won’t be able to compete at this years Australian Open,’ Tomljanovic posted on Twitter on Saturday with the caption ‘I’m sorry’.

‘I’ve done everything in my power to get healthy but just ran out of time to heal and be 100% ready to compete at a high level.

‘It’s been a very tough decision to make but I have to listen to my body.

‘It’s no secret that this is my favourite play to play so it hurts to miss out on a great opportunity to play in front of my home crowd and to be surrounded by the incredible love and atmosphere.

‘To all my Aussie fans, I wanna say thank you for always supporting me and cheering me on, I’m gonna miss you guys bit time this year.’

Tomljanovic was in line for a precious first-time grand slam seeding at her home major until the injury ruined her leading and resulted in her ranking dropping.

Her unseeded status had delivered her a difficult draw.

The Australian was due to play Argentina’s world No.192 Nadia Podoroska first-up but then faced one of either Sofia Kenin or Victoria Azarenka in the second round.