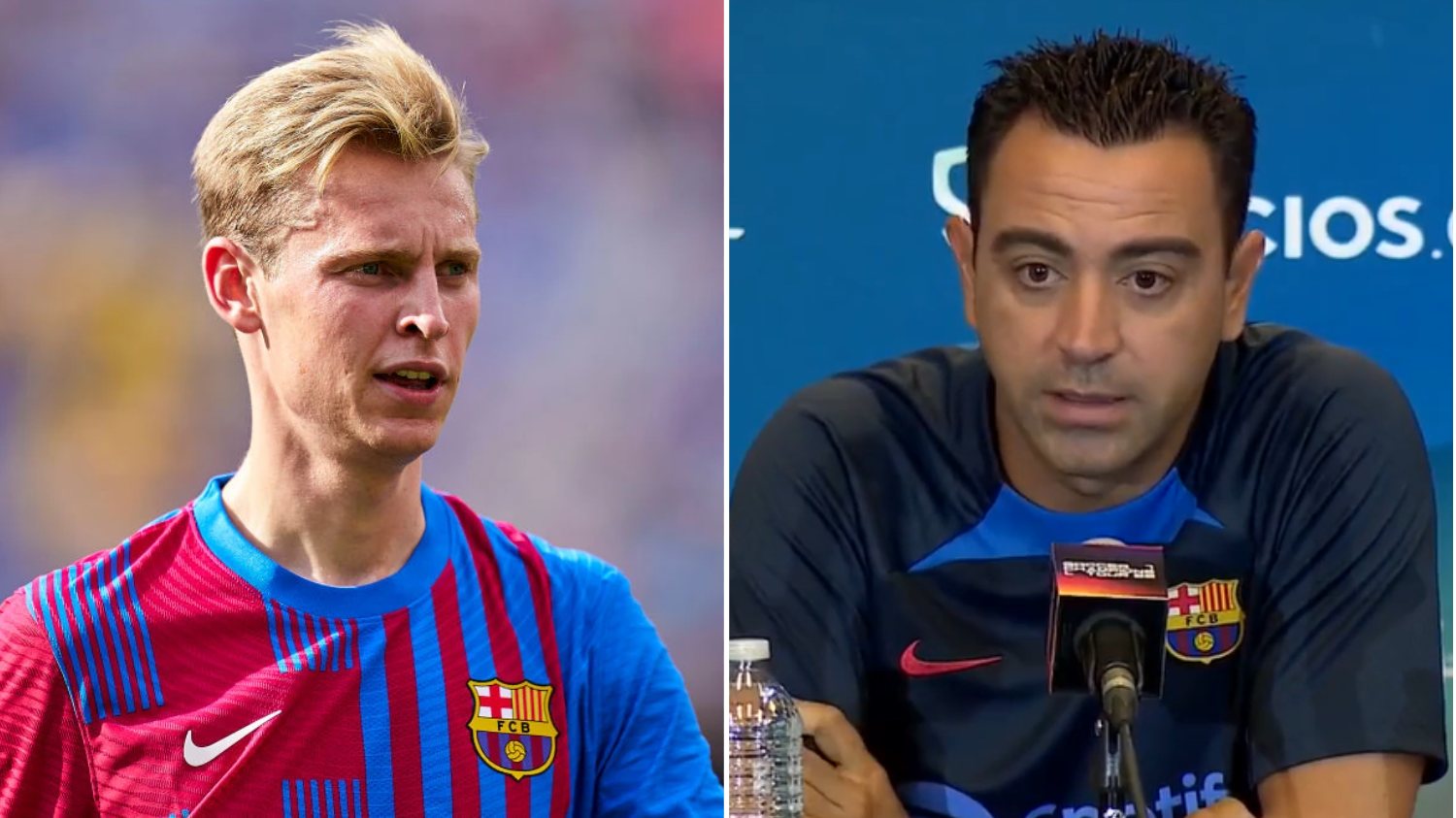 Xavi admits he ‘doesn’t know’ if Frenkie de Jong will still be a Barcelona player come the end of the transfer window after the club’s president gave Manchester United and Chelsea hope of completing a deal.

But while Premier League rivals Manchester United and Chelsea have expressed interest in a move, De Jong is reluctant to leave the Nou Camp.

De Jong’s preference is to remain at Barca, not only because it is his dream club but also because he is still owed millions in deferred wages.

The 25-year-old made his first start in pre-season during Barcelona’s 2-0 win over New York Red Bulls on Sunday.

Xavi was asked about the speculation surrounding De Jong following the match and said: ‘I don’t know if he’s going to stay, there’s still time and a lot of things can still happen. At the moment he’s part of the team, like everyone else.’

De Jong has featured in Barcelona’s defence during this summer’s pre-season but returned to midfield against New York.

Asked whether he was sending a message to De Jong by previously playing him as a defender, Xavi added: ‘The fact that he played as a central defender in the other games was not a sign that he was leaving.

‘I don’t need to send signals on the pitch, I can speak directly with my footballers.’

Manchester United have been strongly linked with a move for De Jong since they appointed Erik ten Hag as their new manager in April.

Ten Hag worked with De Jong at Ajax and is keen to reunite with his compatriot at Old Trafford and make him his fourth summer signing following Christian Eriksen, Tyrell Malacia and Lisandro Martinez.

Chelsea have also been linked with De Jong, however, and Thomas Tuchel has publicly admitted he is desperate to see new additions arrive at Stamford Bridge before the transfer deadline.

Asked if he is able to confirm that De Jong won’t leave this summer, Laporta told CBS Sports: ‘In football, you never know. I can’t say categorically. It all depends on the different parties.

‘But in principle, I can say there is a strong possibility he stays, and I can say as president I will do my best for him to stay at Barcelona.’