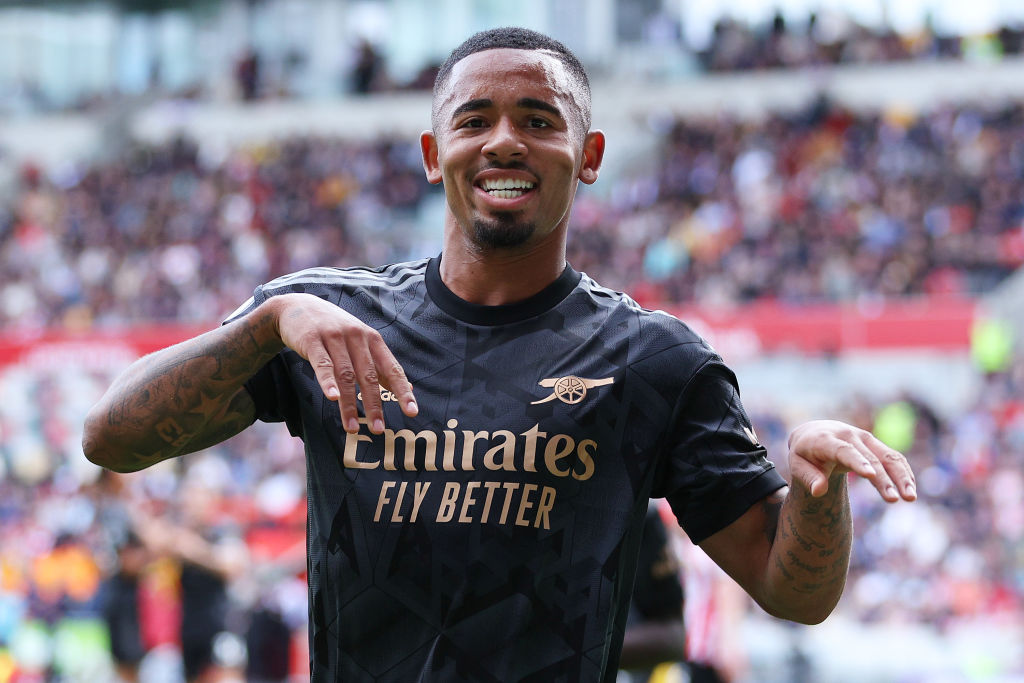 Gabriel Jesus has described Manchester United transfer target Endrick as a phenomenon after watching the teenager train with his former club Palmeiras.

The 16-year-old is currently one of the most coveted youngsters in world football and has caught the attention of both Spanish giants Real Madrid and Barcelona, as well as United.

Frederico Pena, the talented forward’s agent, revealed earlier this week that it was far to premature to speculate on where his client could eventually end up, especially given he won’t be allowed to leave his native Brazil until he turns 18.

‘The international break is always the same, there’s no news and this ‘froth’ starts,’ Pena told ESPN. ‘Every club in the world is interested in Endrick.

‘All of them! Which is the most normal thing in the world. With his quality, his youth…

‘But none of them have made any proposal to us or Palmeiras to buy him. He has to play for Palmeiras until he turns 18. Consequently, he’ll play at Palmeiras for at least 22 more months.

‘Endrick’s contract with Palmeiras runs until July 2025… He can only move abroad from Brazil from July 2024.

‘No player under the age of 18 can move abroad. He can be sold, but he cannot be transferred.

‘In other words, a club comes here, they do a deal with Palmeiras. But he can’t leave. He has to stay at Palmeiras even though he’s already been sold.’

Whichever European superpower is fortunate enough to eventually sign Endrick, Jesus, a former Palmeiras player himself, believes they will land a generational talent.

He told ESPN Brazil:  ‘I saw Endrick when I was training with Palmeiras for few days… and I said: wow, crack, fenomeno! He’s only 15 and he has top skills like a professional.