MP suggests Champions League final should be played in England

Turkey was added to the UK’s travel ‘red list’, which means travel in and out of the country is banned. Transport Secretary Grant Shapps told Chelsea and Manchester City fans that “unfortunately”, they wouldn’t be able to head to Istanbul for the Champions League final.

Mr Shapps told a Downing Street press briefing: “I’m afraid we are having to put Turkey on the red list, and this will have a number of ramifications.

“First of all, it does mean, I’m afraid, that with regard to the Champions League, fans should not travel to Turkey.

“The FA, I can tell you, are in talks with UEFA already on this.

“We are very open to hosting the final, but it is ultimately a decision for UEFA. Of course, it’s worth mentioning that the UK has a successful track record of football matches with spectators, so we’re well-placed to do it.

“Given that there are two English clubs in that final, we look forward to hearing what they have to say.” 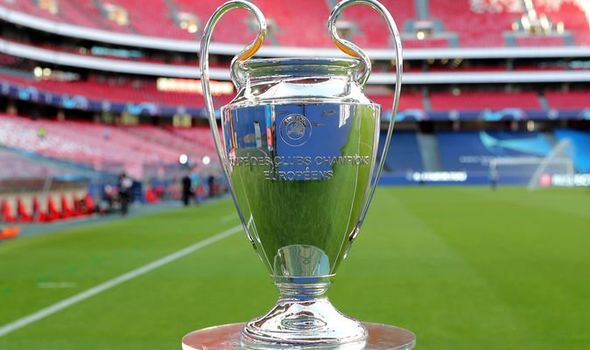 Will the Champions League final be moved?

It’s still not entirely clear whether the final will be moved from Istanbul to cater for fans, but the Government is currently in talks with UEFA over plans to rearrange the venue.

It had previously been claimed that Aston Villa had offered Villa Park to UEFA as an alternative venue for this season’s grand final.