Alen ‘The Savage’ Babic wants to inflict a humiliating loss on Filip Hrgovic and has declared that he is ready to resume his pursuit of a grudge fight against his Croatian rival.

Babic has been incensed by recent comments from Hrgovic, who described him as ‘slow and stupid’, which has fuelled the 30-year-old’s desire to make his return after shoulder surgery.

Hrgovic is set to face Michael Hunter in an IBF final eliminator, but Babic believes he will settle their bitter feud in the near future.

“This has just brought back the fire in me,” Babic told Sky Sports. “People don’t understand the things that I want to do to this man.

“I’m from the streets, the doorman shifts and I know a little bit about respect. He’s just an ignorant kid. He’s beat nobody.

“It’s terrible that he’s in this place to fight for such a big fight. He’s not grateful, he’s ignorant.

“I want to fight, I’m ready and then I want to call out the cube-shaped, duck-faced idiot. 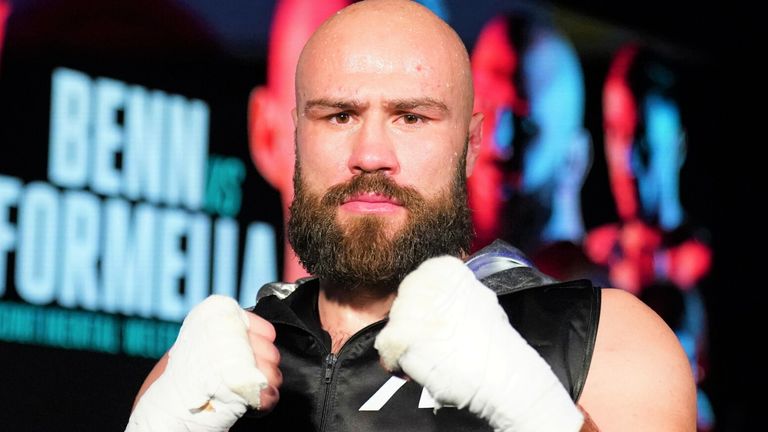 “I think that I’m a good man and I’m going to help everybody, I’m going to give you my heart, but if you hit it continuously, I just become ‘The Savage.’

“The UK doesn’t even like him. More people know ‘The Savage’ than Hrgovic in the UK. I have a ‘Savage Army’ there, he has nothing.

“In Croatia, people don’t like him. He’s not as popular as he thinks.”

Babic has made a blistering start to his own career by blasting aside all six of his opponents by stoppage.

He dismissed Hrgovic’s assessment of his ring skills and stature, insisting that he will overwhelm the Olympic bronze medallist with his relentless aggression.

“Of course, it’s personal. Up until now, I just hated him,” said Babic.

“He is a Croatian and I still wish him the best in this fight with Hunter, but he’s just lousy.

“The way he looks, I just don’t like it. I want to smash it.

“He says I’m small and slow in the ring. I’m 10 times the person he is. Ten times stronger. He’s a good boxer, but he’s not a good fighter.

“He’s building his name off my back in the UK, but I’m not going to allow it. I did it my own way.”