Who will Southgate pick as he finally solves his right back conundrum?

It is decision time for Gareth Southgate as he finally solves his right back conundrum ahead of the Euros… so, which of Kyle Walker, Reece James, Trent Alexander Arnold and Kieran Trippier will make the final cut for England’s squad?

It is the conundrum that has been obvious to Gareth Southgate for some time, with the England boss shuffling his right backs since the 2018 World Cup as he bids to find the best combination ahead of the Euros.

Very shortly the deliberating will be over and it will be decision time.

Nobody grew up wanting to be Gary Neville, as Jamie Carragher famously quipped.

But in Kyle Walker, Kieran Trippier, Trent Alexander-Arnold and Reece James, the position has evolved hugely, leaving Southgate with the strongest array of right backs in world football at his disposal. 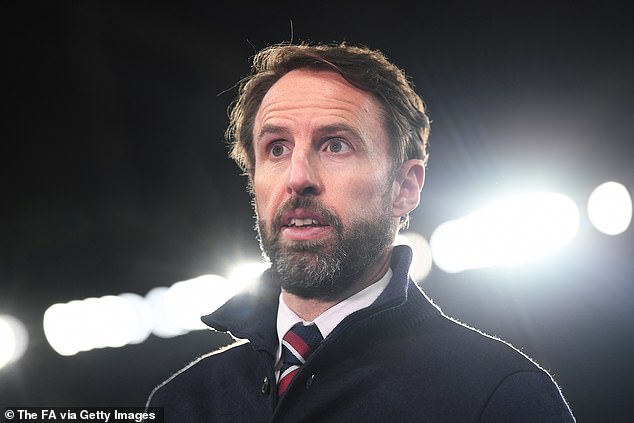 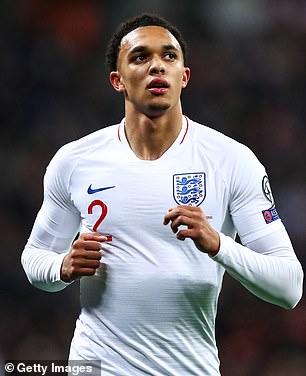 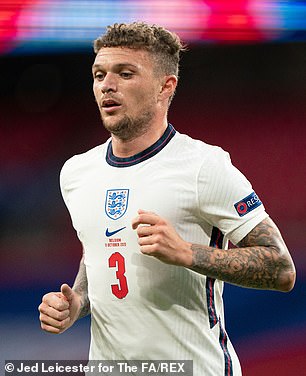 The England boss has a plethora of quality right backs at his disposal, making for a tricky call

The Three Lions boss had insisted that only eight defenders would occupy the 23 places available in his squad, although UEFA’s expansion of squads to 26 players may leave the door slightly ajar for one more defender.

Southgate kept his options open with the announcement of his provisional squad this week, including all four right backs in the 33-man group, but there is no guarantee of who will make the final cut before the opening game against Croatia on June 13.

So, which three right backs will get the nod, and who will get the chop? Sportsmail profiles the four candidates vying for a place in Southgate’s touring party this summer.

The most experienced of England’s right-backs and a trusted member of the senior leadership group within the squad, Kyle Walker appears to have the strongest shout of a call up this summer.

Walker offers Southgate the versatility to play at right centre back or right back, affording the England boss the flexibility to play either a five-man or four-man defence.

At 30, Walker still boasts the blistering pace to get others out of trouble. According to Opta, the City star has made 114 recoveries this season, and his frightening speed was showcased over two legs in the Champions League semi-final where he helped keep Neymar and Kylian Mbappe quiet. 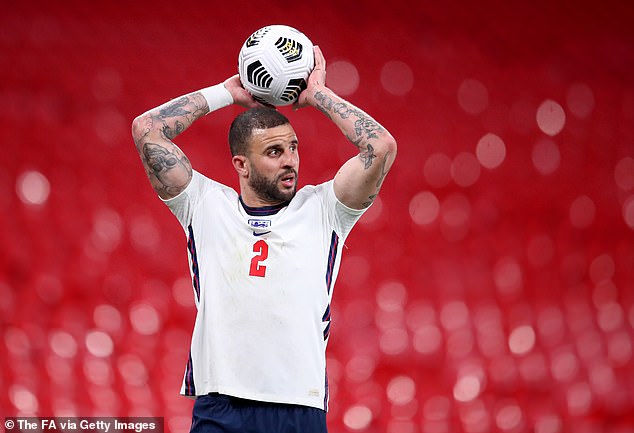 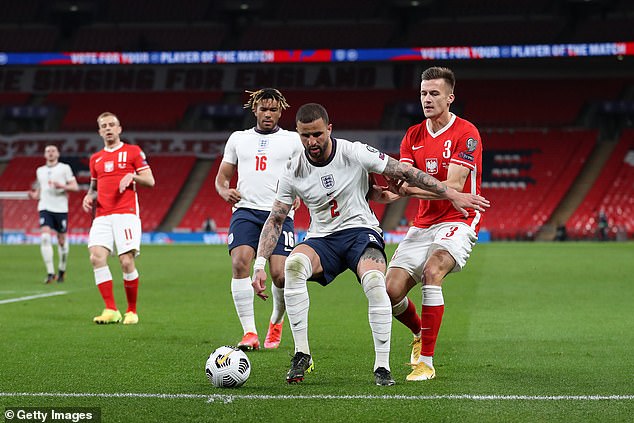 Yet Walker is not just a pace merchant. His 65.52 per cent tackle success rate is testament to his ability to read play, and he has been dribbled past by opponents just eight times in the league this season.

‘He’s the best defender,’ Neville said of Walker on Sky Sports, ‘In terms of defensively and going forward and pace and experience – he’s the one Gareth Southgate will trust the most.

‘He’s the most valuable to Gareth Southgate because he does change between those two systems. Absolute must that he’ll go in the summer.’

Walker’s plentiful experience of lifting silverware at Manchester City will add a much-needed winning mentality among the squad and he seems a dead certainty to feature.

Twelve months ago Trent Alexander-Arnold had been viewed as a guaranteed member of Southgate’s Euros squad, with many viewing the Liverpool star as the go-to right back.

Fast forward a season and the outlook is not so pretty for the right back, having been left out of Southgate’s recent squad for games against Poland, Albania and San Marino after failing to impress on previous outings. 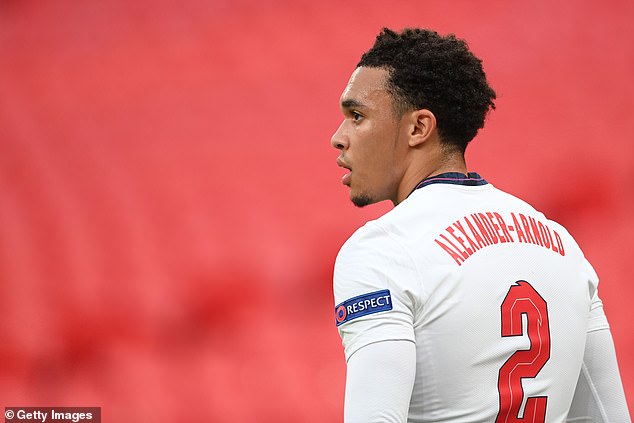 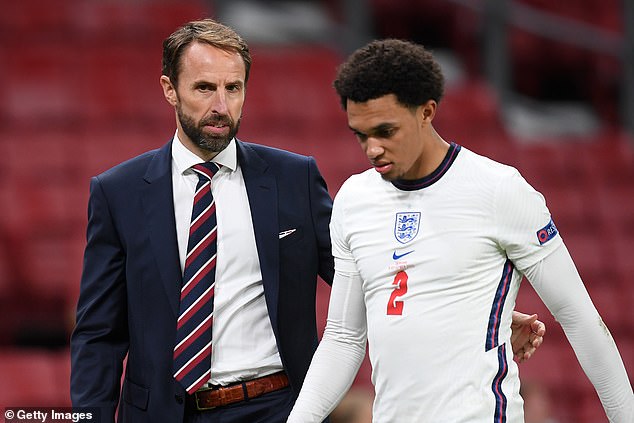 Sportsmail reported last month that Southgate has spoken with Alexander-Arnold over his selection dilemma, with Reds boss Jurgen Klopp left baffled by the omission of ‘the best right back in world football’ over two seasons.

However, the England boss has thrown Alexander-Arnold a lifeline, naming him in the 33-man provisional squad, and the consensus among fans and pundits is that Southgate will surely rue leaving a player of Alexander-Arnold’s quality at home for the Euros.

Of the four right backs, the Liverpool star is streets ahead of his rivals going forward. According to Opta, Alexander-Arnold has picked up seven assists in the Premier League this season, while Walker and James have one and two respectively.

The 22-year-old has created 14 big chances in the top flight this campaign, dwarfing Walker and James’ two and four respectively, and has engineered 49 chances from open play (Walker has five and James has 33). 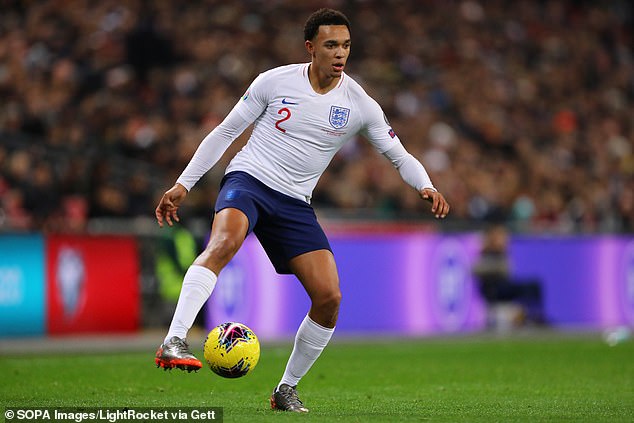 Yet it is Alexander-Arnold’s defensive frailties that are cause for concern for the Three Lions chief. The Liverpool defender’s tackle success rate  (58.93 per cent) is lower than James and Walker, while he has made three errors leading to shots, one of which has resulted in a goal. The Chelsea and City right backs have not made a single error leading to a shot in the league all season.

His duel success rate is lower than his rivals’ (47.73 per cent) but James has been dribbled past by opponents on more occasions (23) than Alexander-Arnold (20).

‘He’s a unique talent, he’s not the same as any other full-back,’ Jamie Carragher told Sky Sports. ‘Most full-backs, even attacking ones, the greatest ones going forward, are up and down in a straight line. He’s Kevin De Bruyne playing right-back. He’s different.’

Alexander-Arnold is certainly the most gifted of the four right backs going forward, but will his attacking qualities outweigh the defensive concerns for Southgate?

You know you’re doing something right when you get called up to the international side despite being suspended for two of the three games.

That was the case for Reece James last November, when he was suspended for games against Belgium and Iceland due to his dismissal against Denmark in October, but was still selected by Southgate to remain in and around the squad.

‘We were very, very impressed with the way he trained every day and how he took his opportunity as a sub – and then with his performance against Denmark where he was arguably our best player. We wanted to keep him with us,’ Southgate said. 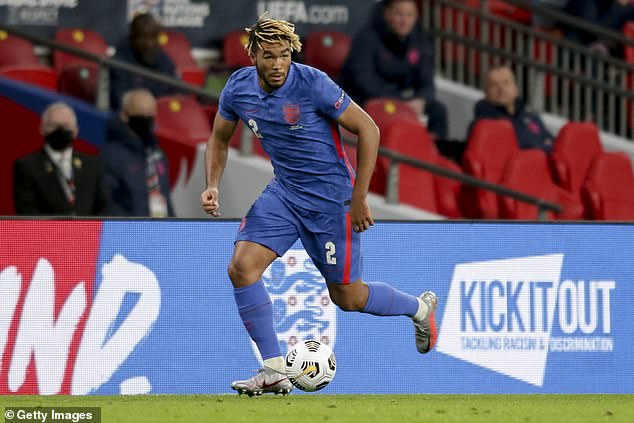 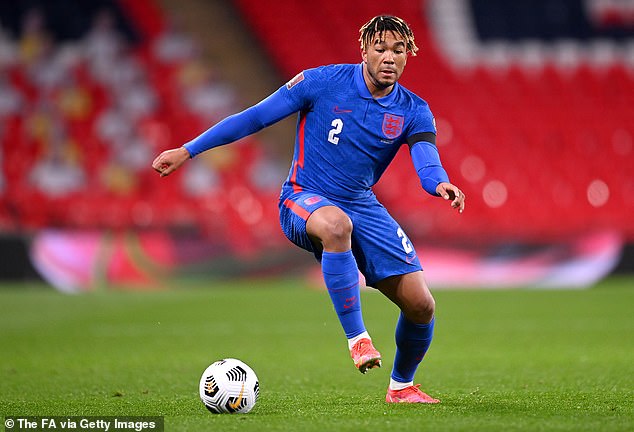 Where Alexander-Arnold has flattered to deceive in an England shirt, James has certainly delivered. The 20-year-old has proved an important attacking weapon on the right, with his delivery a constant threat and an outlet Southgate will seek to utilise.

James was a star performer under Frank Lampard at Chelsea, but has had to fight for his place under Thomas Tuchel.

And while James has performed in an England shirt, he has shown some signs of immaturity at the back. The youngster put in a strong performance in the FA Cup final but it was his misplaced pass that led to Youri Tielemans’ winner at Wembley.

He has also been dribbled past 23 times in the league this season – more than Alexander-Arnold – and has made 17 interceptions to his Liverpool counterpart’s 49. 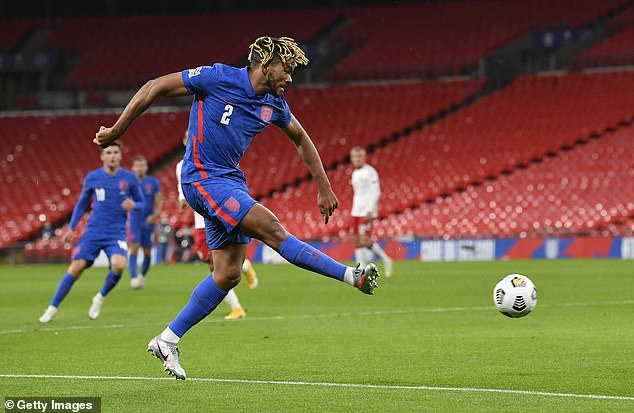 Alexander-Arnold’s attacking stats are certainly greater than James’, signalling that the Anfield man may be the better option to break up play and get England moving forward. Although James has the best duel success rate of the three Premier League full backs (55.51 per cent) while his tackle success rate (63.64 per cent) is better than Alexander-Arnold’s.

James may end up lifting the Champions League trophy in Porto but missing out altogether, in what would be a harsh sequence of events. The Chelsea man and Alexander-Arnold are so similar in their dynamism and verve that Southgate may be forced to pick just one of the young pair.

There had been fears over Kieran Trippier’s international career after he fell down the pecking order at Spurs under Mauricio Pochettino in 2019, but since swapping north London for Madrid the 30-year-old has been a mainstay in Southgate’s squad.

Trippier has thrived under Diego Simeone’s LaLiga title hopefuls and the former Burnley man has proven himself a reliable option for Southgate, having performed well against Belgium when he was played out of position at left back, 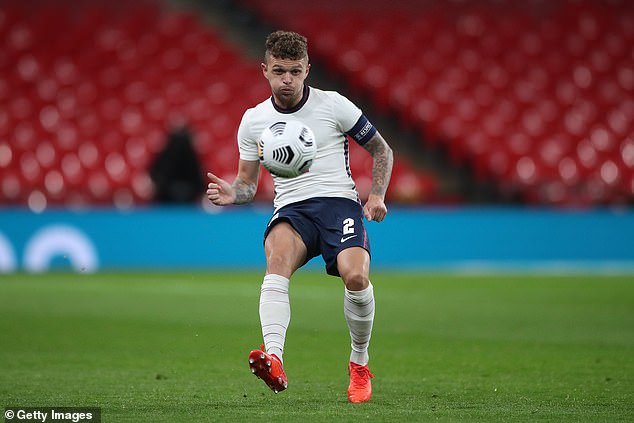 Although it was three years ago, Southgate will certainly remember Trippier’s contributions at the World Cup in Russia, where he provided 24 chances across the tournament and was ranked the most creative player.

Of the three right backs that made Southgate’s most recent squad, Trippier’s place is probably less secure than Walker’s but he is potentially in a stronger position than James, and his adeptness to operate as a wingback in a 3-5-2 – a system used by Simeone – certainly helps his cause.

Added to the defensive improvements that Trippier has made to his game under the fiery Argentine, a quality that was noted as a flaw while at Spurs, the 30-year-old has put himself in a good position for selection.

So, who does Southgate take?

Kyle Walker and Kieran Trippier appear to be certainties to make the final cut for Southgate’s 26-man touring party, with the Man City man likely to make the starting XI if recent selections are anything to go by.

That would leave one final place remaining, likely to be a toss up between Reece James and Trent Alexander-Arnold.

Based on past performances and knowing that Southgate tends to lean towards players he can trust, you would back the Chelsea man to get the nod, but don’t rule out a change of heart from the England boss and a call-up for the Liverpool man. 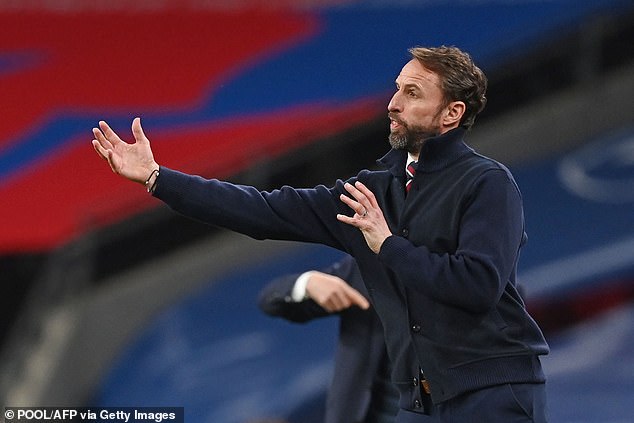 Walker and Trippier appear certainties to be selected, the final place could be between James and Alexander-Arnold