Who Liverpool can face in Champions League last-16 draw 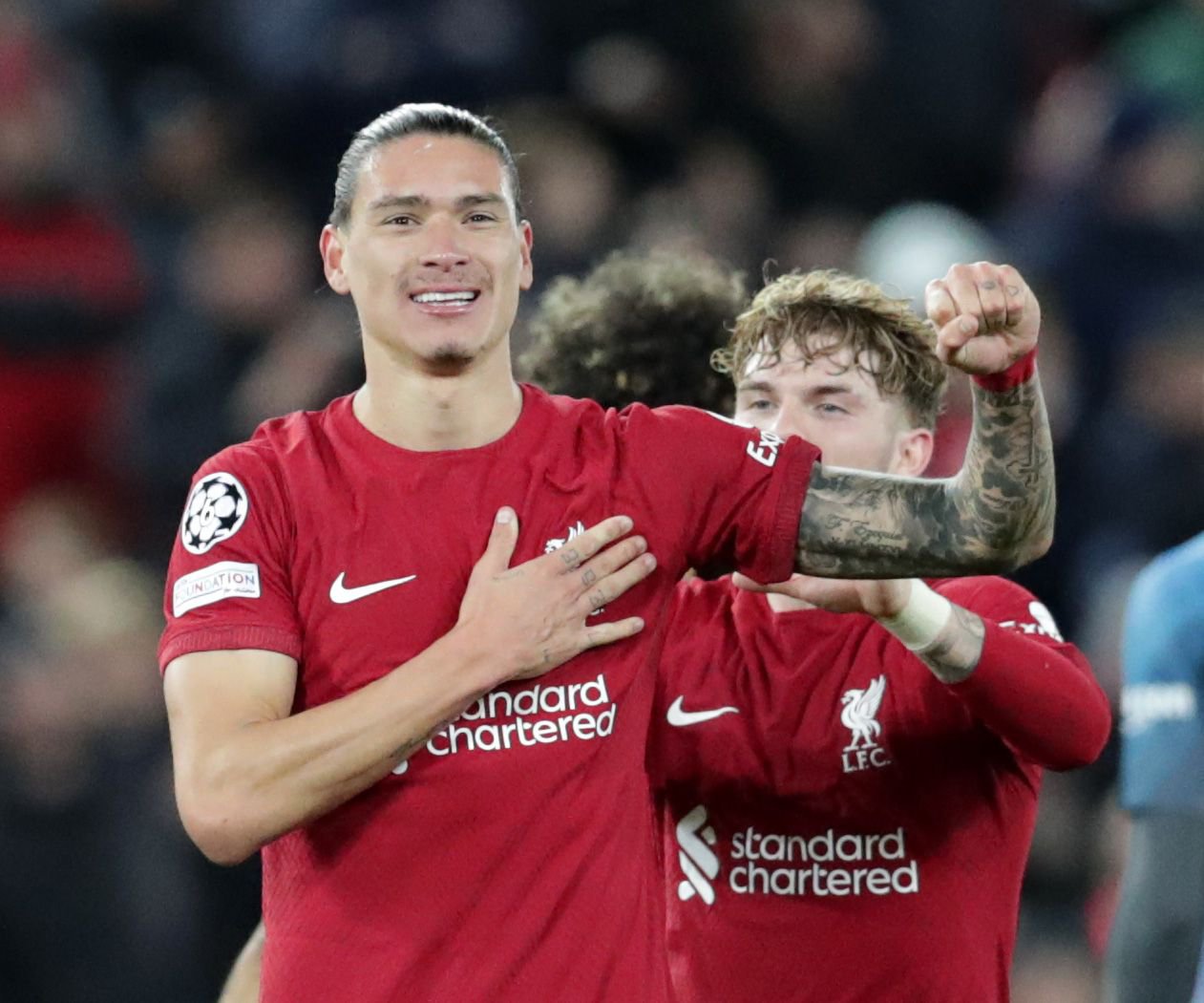 Liverpool have reached the Champions League last-16 after beating Napoli on Tuesday evening but have been forced to settle for runners-up in Group A.

A 3-0 victory over Ajax in Amsterdam last week secured qualification for the knockout round, but Jurgen Klopp’s side now face the prospect of a tough draw for the last-16 after failing to get top spot ahead of Napoli.

Liverpool needed a 4-0 victory over the Serie A leaders at Anfield to finish top of Group A, but Klopp’s men came away with a 2-0 win with goals from Mohamed Salah and Darwin Nunez.

Liverpool will be in the draw for the Champions League last-16, which will take place on November 7 at 11am, but they will now be face the winners of other groups.

As per the Champions League draw rules, Liverpool cannot be drawn against Manchester City, Tottenham or Chelsea in the last-16.

Speaking after his side’s win over Napoli at Anfield, Klopp said: ‘We showed tonight a really good reaction. Being compact makes all the difference.

‘All of a sudden we are difficult to play against and if you see what Napoli’s able to do in the moment, for that it was was a really good game in our situation, our moment and few issues. The boys played a good game, a lot of courage.

‘I saw the bravery just go in the challenges, making a proper fight of it and two set pieces give us the three points and 15 points in the Champions League group is absolutely insane.’