‘If Liverpool didn’t have Gerrard that day, we would have won the final comfortably’: Dean Ashton insists West Ham could have lifted the FA Cup instead of the Reds in 2006, as he rues the legend’s heroics in thrilling final

Dean Ashton believes West Ham would have ‘comfortably’ won the FA Cup in 2006 instead of Liverpool if Steven Gerrard hadn’t been playing.

The clash at the Millennium Stadium is still widely viewed as one of the greatest in the rich history of the competition, with the Reds lifting the trophy after a thriller.

With the score locked at 3-3 at the end of extra-time, a penalty shootout decided who would clinch the silverware – and Anton Ferdinand’s decisive effort was saved. 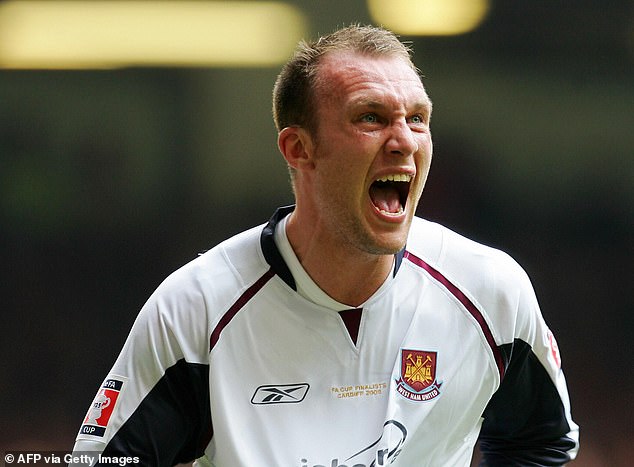 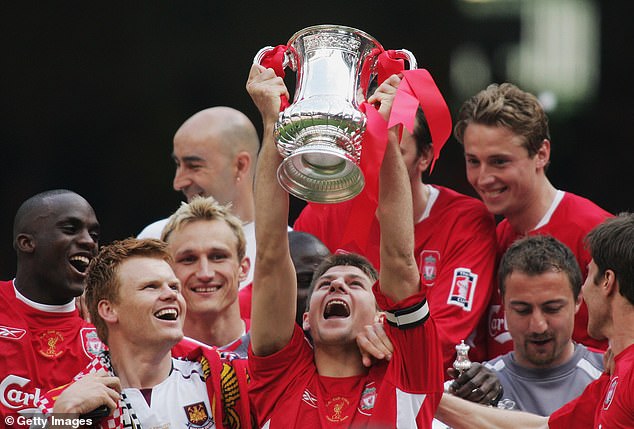 Gerrard scored twice in the thrilling final, and also converted his penalty in the shootout

That saw Liverpool crowned the champions, although they owed much to the heroics from Gerrard, who scored twice in normal time and converted his spot-kick.

Ashton, 38, still rues the performance from the midfield legend to this day.

‘I just wanted to win,’ he told The Sun. ‘There is nothing more devastating than having to walk past the trophy after the game and not get to touch it. 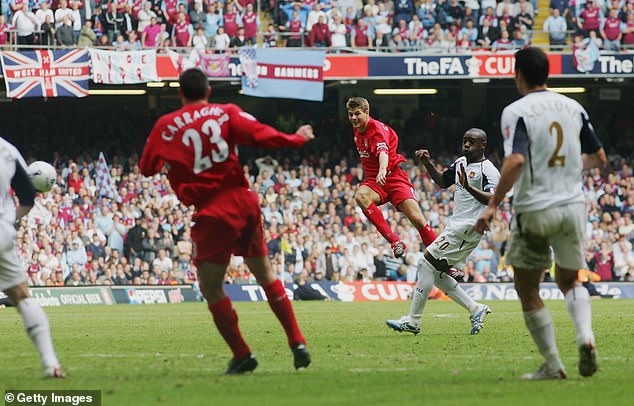 ‘It looked like it would be an unbelievable day but because of one person that all changed.

‘I was sat on the bench in the closing moments and I let myself think about what it would feel like to lift the trophy, the celebrations.

‘Now I am older, I can appreciate that we were witnessing one of England’s best players. He was three or four levels above anyone else. 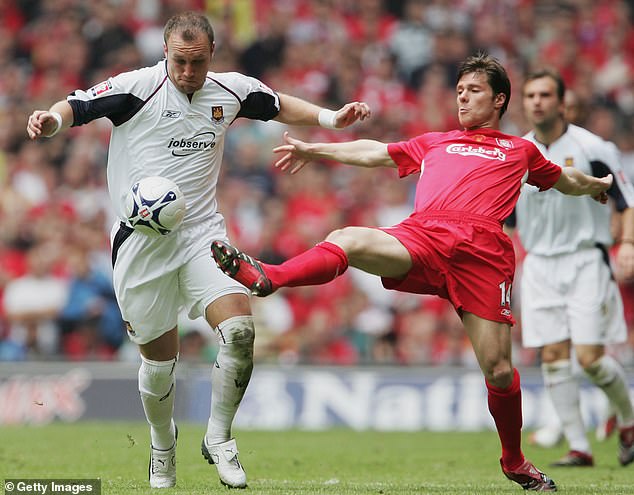 ‘If Liverpool didn’t have Gerrard that day, we would have won the final comfortably.’

The Merseyside outfit have not won the FA Cup for 16 years, and they were almost thwarted by a fine showing from Ashton, who played a role in his side’s second goal.

But Gerrard went on to tee up Djibril Cisse and scored two stunners, the second coming via a sensational drive from around 35 yards to haul Liverpool level.

As a result, the match has been nicknamed the ‘Gerrard Final’.