The Hammers’ 3-2 victory over Crystal Palace on Tuesday night propelled them into the top four — an outstanding achievement for Moyes, who took over as manager midway through last season with the club facing relegation.

West Ham are now preparing a formal contract offer to the 57-year-old as they look to secure his immediate future in east London. 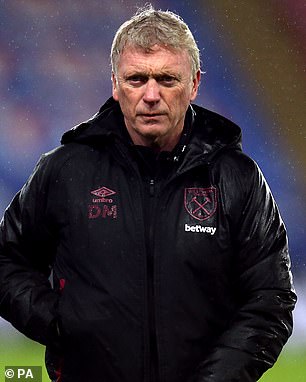 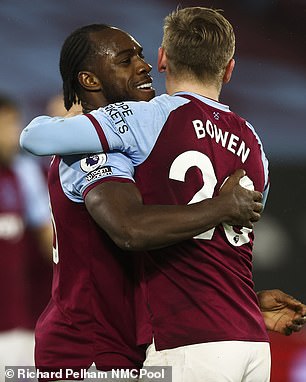 Moyes’ existing deal expires at the end of the season but it does include an option to extend by a further 12 months.

His proposed new contract will stretch beyond the extra year which will give the Glaswegian the platform to build for the longer term.

The club are putting no timescale on when they want the deal finalised and confirmed, with all parties said to be relaxed about the process. 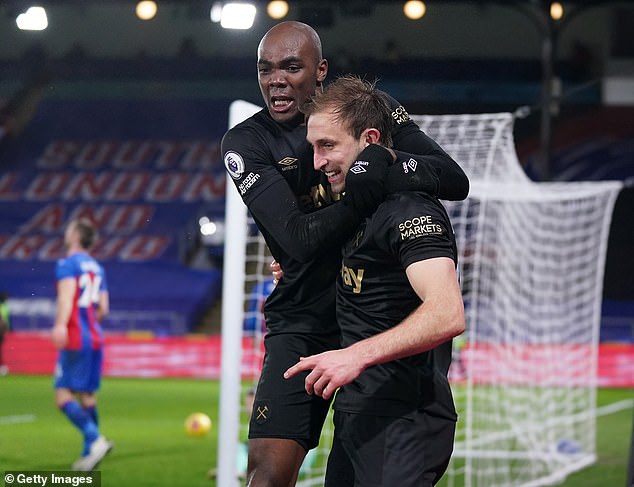 Moyes’ pending new deal will come as a welcome boost to the squad, who have clearly bought into the former Manchester United manager’s methods.

Sportsmail reported in October that the players were backing Moyes’ hopes for a contract extension.

Meanwhile, West Ham are pressing ahead with their loan move for Jesse Lingard.

The United midfielder, 28, is a key target for the Hammers and talks over a temporary switch are ongoing.

Old Trafford sources have indicated that Lingard wants to reunite with Moyes, despite interest from Sheffield United, West Brom and Newcastle.