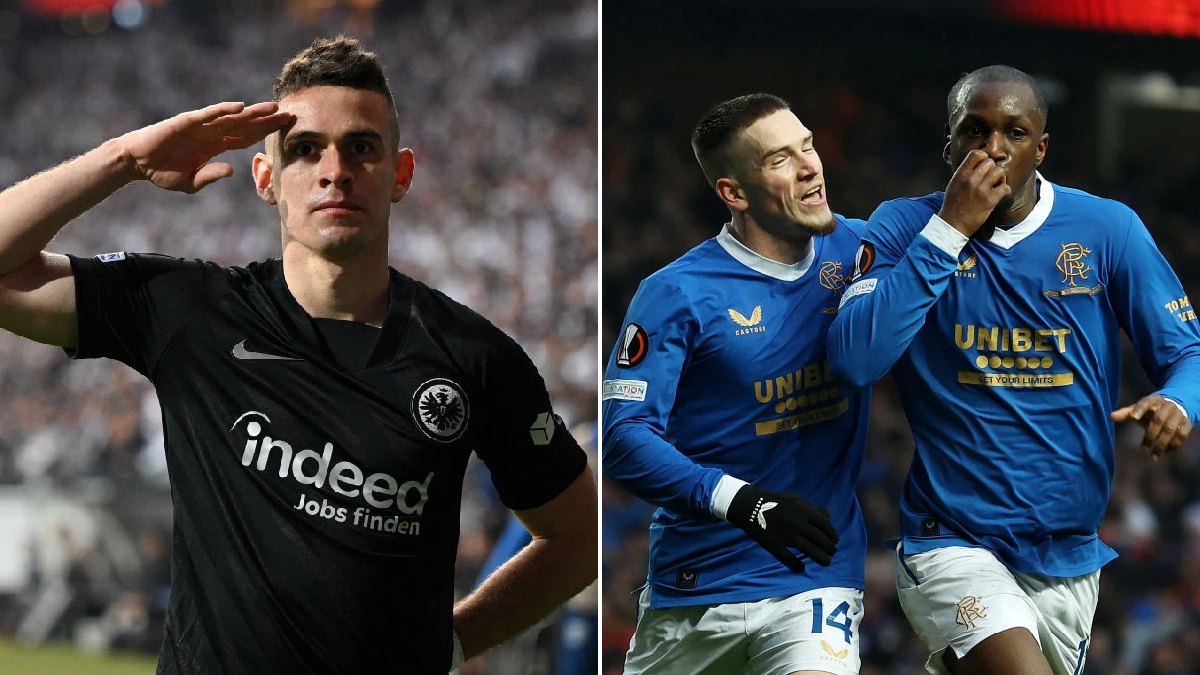 Ten-man West Ham limped out of the Europa League on Thursday night after a 3-1 aggregate loss to Frankfurt, who will now take on Rangers in the final later this month after the Scottish side pulled off a remarkable win against RB Leipzig.

The east Londoners needed to overturn a 2-1 first-leg deficit in a hostile and feverish atmosphere in Germany but their task was made especially difficult when Aaron Cresswell was sent off after just 19 minutes.

It was a carbon copy of the foul that produced a red card against Lyon in the previous round, with the left-back pulling back Jens Petter Hauge as he raced through on goal; after initially only giving a yellow card, the referee consulted VAR and produced a red with Cresswell having been the last man.

Just seven minutes later, Frankfurt made their numerical advantage count as Ansgar Knauff burst towards the byline and pulled the ball back perfectly for Rafael Borre to find the bottom corner.

Frankfurt controlled the match with relative ease after that, starving their 10-man opponents of the ball, and the Hammers’ frustrations were summed up when David Moyes was shown a red card and forced to leave the dugout after smashing a ball towards a ball girl who he felt was taking too long.

While West Ham were toiling in Germany, Rangers were enjoying one of their most memorable nights in Europe against another Bundesliga opponent in the shape of RB Leipzig.

The Bundesliga side, who dropped out of the Champions League, won the first leg 1-0 but fell behind in six rampant first-half minutes from Rangers who netted twice through James Tavernier and Glen Kamara to take the lead in the tie.

Leipzig hit back in the 70th minute as a brilliant delivery from Angelino was expertly guided into the back of the net by the prolific Christopher Nkunku, but Rangers remained undeterred and took a 3-1 lead on the night courtesy of John Lundstram, who sent Ibrox wild.

Leicester City, meanwhile, went behind after just 11 minutes in their clash with Roma in the Europa Conference League; Tammy Abraham lost his marker from a corner and powered a bullet header past Kasper Schmeichel.

There was a touching moment at the start of the second half when Claudio Ranieri – who won the title with Leicester – appeared on the big screen at the Stadio Olimpico, with the entire stadium giving him an impromptu standing ovation.

Leicester struggled to carve out any real chances of note as the seconds ticked away, with Abraham’s early header proving decisive, and Roma will now take on Feyenoord – who saw off Marseille – in the final.