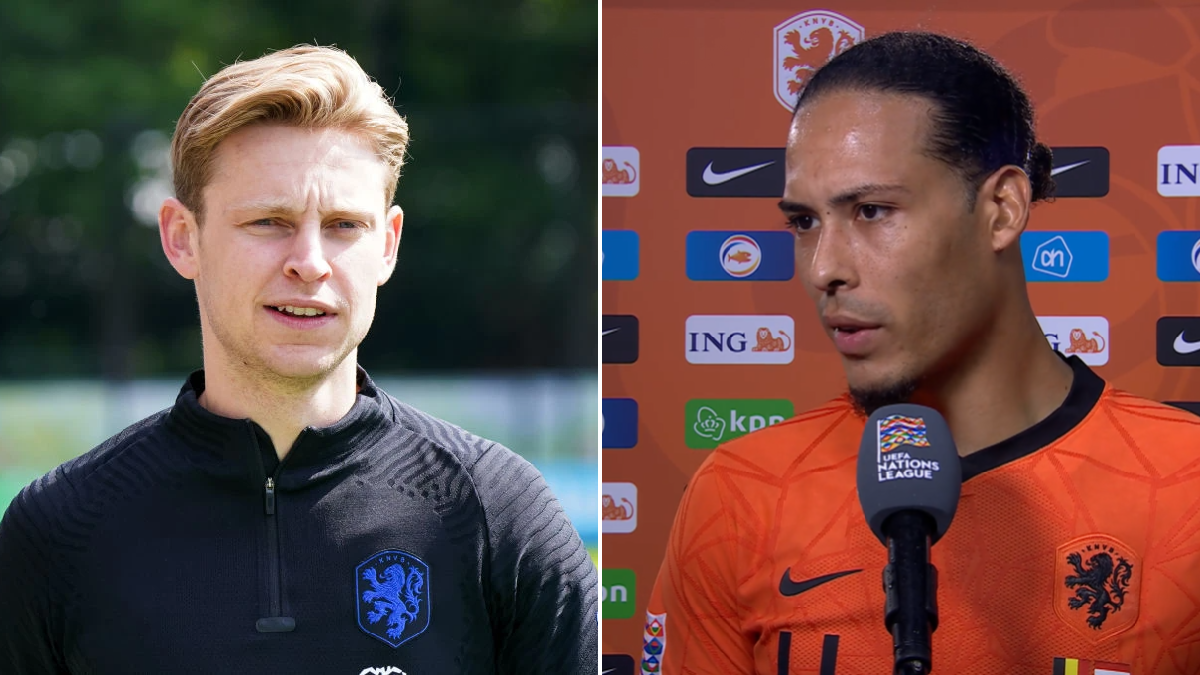 Van Dijk and De Jong both starred in Netherlands’ 4-1 Nations League win over Belgium on Friday.

Anfield hero Van Dijk was full of praise for De Jong after the dominant win as the Dutch midfielder continues to be linked with a move to Old Trafford.

New Manchester United boss Erik ten Hag worked with De Jong at Ajax and is keen to make the 25-year-old one of his first United signings.

De Jong has said he is more than happy to stay at Barcelona but the Spanish club may be tempted to sell due to their financial difficulties.

‘There are always stars in certain matches, but in this one, Frenkie de Jong and Steven Bergwijn, that was incredible how those two played.’

De Jong, meanwhile, said after his side’s win in Brussels: ‘Today was fantastic. Hopefully we can continue in this way.

‘I like to be the first player to receive the ball from the defenders. I play a lot differently here than I do at Barcelona, I think this suits me much better.’

De Jong has been a mainstay in Barcelona’s team since his £65m move from Ajax in 2019 and made 47 appearances for the Spanish giants last season.

‘I haven’t seen much of him at Barcelona I must have admit but I’ve seen him with Holland and he’s that type of player that can come in and control the tempo of games.

‘Erik ten Hag needs backing now, he’s been brought into the club to really turn it around.’