Paris Saint-Germain are not shy to splash the cash, and news that they are set to announce three new signings will be a hammer blow to Tottenham. Antonio Conte is desperate to recruit a top-quality left-sided central defender this summer, but the news should be enough to kill any hope he had of landing Alessandro Bastoni.

Ben Davies was a standout performer for Tottenham last season and thrived in a back three, but there is the feeling in North London that an upgrade could be signed. Conte reportedly made it clear that his top target would be Bastoni of Inter Milan, who he worked with at the San Siro.

However, the player was vocal in his desire to remain at his current club despite reports continuing to circulate that a move could be on the cards. But according to Get French Football News, PSG are about to sign Bastoni’s centre-back partner Milan Skriniar.

Therefore, that may be enough to push Spurs to look elsewhere as Inter will be unwilling to lose both of their central defenders in a matter of months considering just how important they were in the club’s second-place finish last season.

JUST IN: Ten Hag’s plan for Tyrell Malacia ‘could spell the end’ for United ace 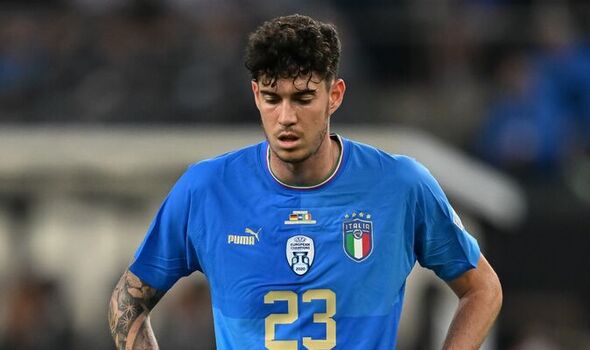 PSG have also struck an agreement in principle over personal terms with Portuguese playmaker Renato Sanches of Lille and Sassuolo striker Gianluca Scamacca. The Ligue 1 outfit are keen to recruit a strong core for the foreseeable future and Skriniar was the club’s top defensive target.

Spurs will therefore have to turn their attention to other targets, with fellow Serie A defender Gleison Bremer of Torino. The Brazilian has been linked with a move to North London following an impressive campaign – though Inter are leading the race to secure his signature and almost certainly will intensify their pursuit if Skriniar does depart. 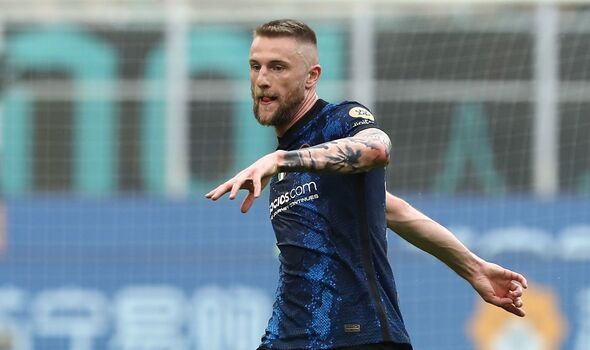 Spurs are currently focusing their attention on strengthening their attacking ranks, with talks ongoing with Everton over Richarlison. The Brazil international is valued at significantly more than £50million by The Toffees, according to The Times, and would provide some much-needed cover across the frontline.

Harry Winks is also expected to head to Everton from Spurs this summer, whilst reports have circulated that Steven Bergwijn could be offered as part of a makeweight in the deal. Ajax are keen to bring the Dutch forward back to the Eredivisie but are yet to strike a deal with the club, leading Spurs to potentially investigate other avenues now that he is surplus to requirements.