Tottenham Hotspur have already signed six players so far this summer, and they are eying up their seventh having held meetings with Roma about Nicolo Zaniolo, according to reports. Antonio Conte was vocal throughout last season that he was going to orchestrate a mass revamp of his squad, and the higher powers at Spurs appear to be granting him his wishes at every opportunity.

Despite the acquisition of Richarlison from Everton, Tottenham remain keen to bolster their attacking ranks this summer. Zaniolo is reportedly the player that Conte is pushing for his side to pursue, with the forward able to play anywhere across the frontline as well as a No 10.

The Italy international is on the fringes of Roma’s first team, though may find his game time at the club limited next season after the signing of free agent Paulo Dybala. Spurs appear to be keen to capitalise on this, with Alfredo Pedulla reporting that Roma’s sporting director Tiago Pinto flew to London on Thursday to hold transfer talks.

Zaniolo is believed to have been discussed, though ‘several other deals’ are reported to be in the works as well. Spurs defender Japhet Tanganga is believed to be of interest to Roma boss Jose Mourinho, whilst the north London outfit are also keen to offload four other players so they could have been a talking point. 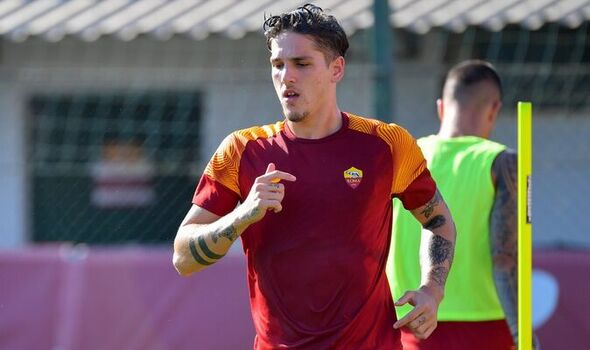 Harry Winks, Giovani Lo Celso, Sergio Reguilon and Emerson Royal have all been put in the shop window by Conte, and it is reported that the club would need to sell some of the aforementioned stars to make space, and create a budget, for new incomings. Therefore, a loan to buy deal for Zaniolo may be a prospect – similar to how the club acquired the services of Dejan Kulusevski.

Zaniolo scored two and assisted two in 28 Serie A appearances last season and will need to improve upon those figures if they are to displace one of Tottenham’s first-choice forwards. However, depth in the final third is something that Spurs have lacked for several seasons and an issue was keen to address at the start of the summer. 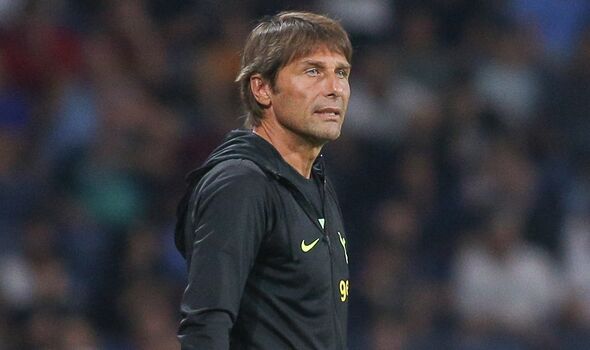 Asked about whether he was happy with Tottenham’s transfer window so far, Conte said: “We’re trying to do things with common sense. I think I know only this way to try to improve the club and try to give us the right direction. It’s not simple because I have to try not to make mistakes, no? Especially in the transfer window with the club. But I think we’re doing good things with common sense to try to improve the quality, to try to improve the squad, because this season we’re going to face four competitions, especially with the Champions League, Premier League, FA Cup and Carabao Cup.

“I think we’re going in the right direction but you know very well but you need to have a bit of patience, time because if you want to build something important, and fight for important achievements you have to work, work, work, and to improve in every moment and every situation, the club.”