Tottenham confirm signing of Arnaut Danjuma on loan from Villarreal

Tottenham Hotspur have confirmed the loan transfer to bring in Arnaut Danjuma on loan from Villarreal marking their first signing of the January transfer window.

Danjuma had looked bound for Everton having agreed a deal with the Merseyside club and passed a medical.

But Spurs have instead convinced the former Bournemouth star to move to north London instead. 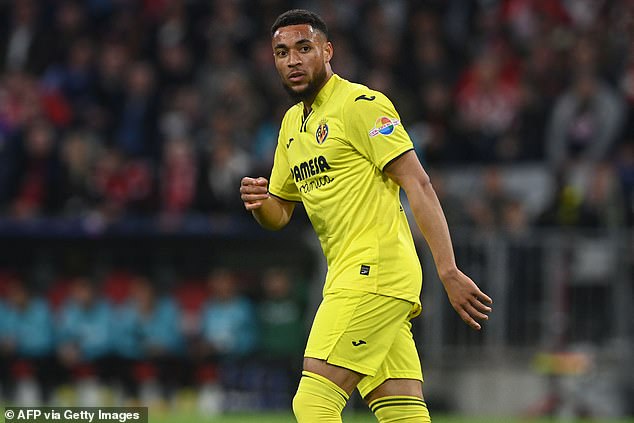 The 25-year-old has agreed a move which will see him spend the remainder of the 2022-23 campaign with Antonio Conte’s side.

Danjuma also confirmed his arrival at Spurs on social media with a tweet showing three pictures of him completing his move and tagging it with the club’s motto, saying: ‘To Dare is to do. Let’s get to work.’

The move will come as a huge blow to Everton who had seemingly all but completed a transfer for the forward over the weekend in what would have been their first incoming signing of the January window.

But in the turmoil of the club sacking manager Frank Lampard, Spurs moved swiftly to hijack the move at the very last moment.

Conte side will be hoping it is the first of at least two transfers this week having also been closing in on right-back Pedro Porro.

The Champions League chasing side have long held in an interest in the Sporting Lisbon star and look to have finally come to an agreement with the Portuguese club over a transfer fee.

However, Spurs will have to be wary over seeing one of their own transfers hi-jacked with big spending Chelsea also keeping an eye on any developments with the 23-year-old.

Meanwhile, Everton’s woes continue in their search for a new manager with their No 1 target Marcelo Bielsa thought to be distancing himself from the role due to a concern over the lack of pace in the struggling Toffees who are stuck inside the bottom three and fighting relegation.

Should Bielsa pull out of contention completely then the club could turn to former boss Sam Allardyce who helped steer the club away from a relegation battle after coming into the club in November 2017 before guiding them to an eighth place finish.

However his pragmatic style of football did not go down well with supporters and he departed the club during the summer.