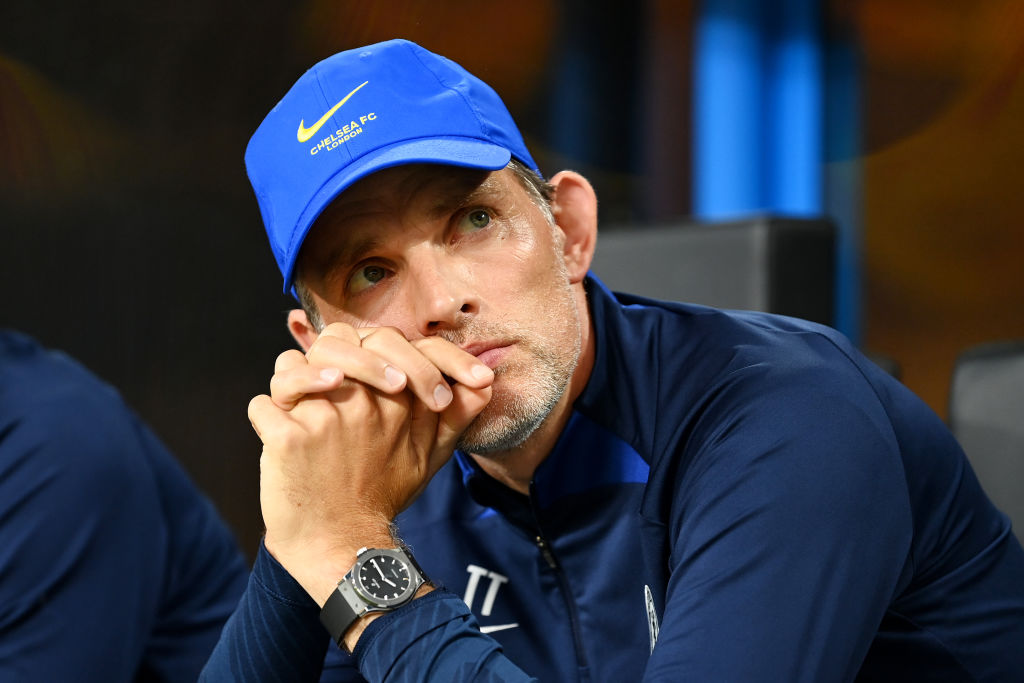 Thomas Tuchel says Chelsea’s performance against Charlotte was ‘not good enough’ criticising the club’s lack of ‘precision’ and ‘decision making’ in the third.

The Blues fell to defeat in the second game of their tour of the US, falling a 5-3 defeat on penalties with Conor Gallagher missing a decisive spot kick.

Christian Pulisic opened the scoring for the Premier League side but they were unable to add to their lead with an injury time penalty from Daniel Rios making it 1-1 after 90 minutes.

In assessing his team’s performance, Tuchel was left underwhelmed with his team’s output in the ‘last 20 meters of the pitch’, also lamenting the lack of hunger and effort shown from his side.

‘In general, I would say we played a good first half but unfortunately, only 80 metres of the pitch,’ Tuchel said.

‘The last 20 metres of the pitch were not good enough, even in the first half. We found a lot of spaces to accelerate and penetrate the box but we struggled with our decision-making and precision in the last 20 metres.

‘This was simply not good enough for the effort and quality we showed in the first 80 metres of the pitch and the amount of space we had, and the number of attacks we created, there were not enough clear chances and deliveries in the last 20 metres.

‘We also have to say we allowed two big chances out of nothing in the first half, otherwise I think we played a very good match in all the other aspects.

‘Second half, it took us half an hour to show some quality and then it was maybe for ten minutes, so it was not good at all. Not offensively, not structure-wise, not in effort, hunger to be the dominant team. It was not good enough.’

The England international showed some of the explosive pace that has made him such a threat in the Premier League over the years with Tuchel pleased with the efforts of his new recruit.

‘I saw four accelerations in the second half and they all came from Raheem,’ he said.

‘This is what he delivers and there is no need for major doubts or huge criticism, but it is never important what the manager has in his head before pre-season, it’s the reality that counts. Every day in training and matches like this count and from there we go.’