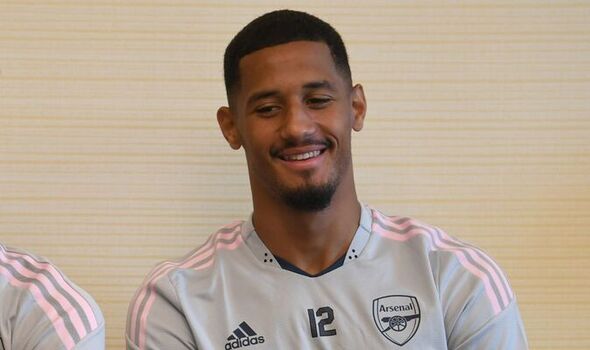 Arsenal boss Mikel Arteta has hinted the club are prepared to hand William Saliba a new contract to fend off interest from Barcelona. The France international defender is finally beginning to make his mark in north London, where he has had a troublesome time to date following the completion of his £27million move from Saint-Etienne in the summer of 2019.

Saliba is yet to feature for Arsenal’s first team besides pre-season friendlies but he has already made quite the impression in pre-season.

The former Marseille loanee caught the eye once again in the early hours on Thursday morning as Arsenal beat Orlando City 3-1 in their latest pre-season friendly.

Speaking after the game, Arteta made it clear that Arsenal have a clear plan in place for the centre-back, who is undoubtedly part of their thinking ahead of the 2022/23 campaign.

This time last year, Saliba was sent back to France on loan after being told he wasn’t ready for the Premier League. Now things are different… 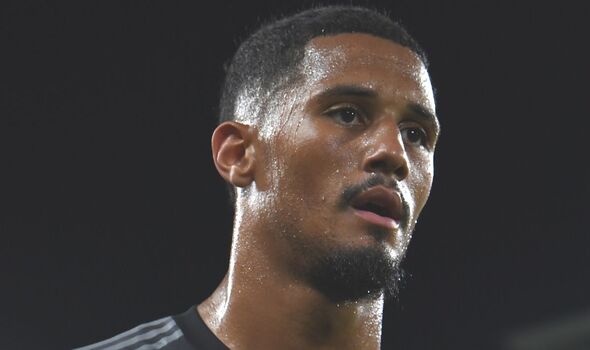 “We always have a plan and when we have to execute it, that’s a different story & football is a really funny game,” Arteta said, when quizzed on whether Saliba will be handed a new contract.

“We are really happy to have him and you can see the way he’s adapted, the way he’s matured & he’s playing well.”

On Wednesday, reports from Spain detailed Barcelona’s interest in the Arsenal defender, who is seemed as a possible alternative to Jules Kounde.

Barca remain in the hunt for the Sevilla defender but Chelsea are currently leading the race having offered £55m.

The Catalan giants will be handed the chance to match that bid but should the Blues land Kounde, Barcelona will explore other alternative options.

One of which is Saliba, who has caught the eye of Barcelona scouts in the past few seasons during his time in Ligue 1.

So much so, that the Barcelona board would be prepared to test Arsenal’s resolve this summer as Xavi eyes another centre-back.

Arsenal’s vision is clear, however. Saliba is not for sale at any cost and he will be part of Arteta’s set-up next season.

The Gunners are set to confirm the signing of Oleksandr Zinchenko in due course after striking a £32m deal with Manchester City.

When asked what would come next, Arteta declared he wanted to clear out some of the players within his squad that are unlikely to feature next season.

“We have to make some decisions on the players that we’re not going to be using consistently and be fair with them,” he said.

“That’s a process that is going to start very soon.”