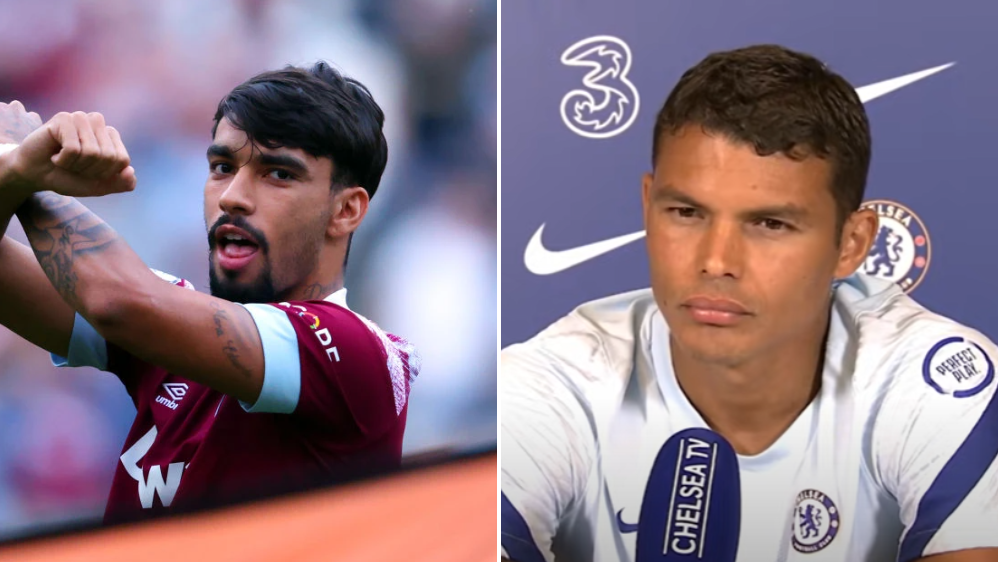 Thiago Silva has revealed he told Chelsea to explore the possibility of signing Lucas Paqueta before his compatriot became West Ham’s record signing.

The Hammers confirmed earlier in the week that they had completed a ‘club-record deal’ for Brazil midfielder Paqueta.

While West Ham have paid an initial £36.5m for the Lyon star, the deal could rise to more than £50m if add-ons are met – surpassing the £45m signing of Sebastien Haller from Eintracht Frankfurt.

Silva is an admirer of his Brazil team-mate and says he spoke to Chelsea about pursuing the midfielder before he made a move to their London rivals West Ham.

‘I heard he was about to leave Lyon [so] had some conversations here with some people, but unfortunately things didn’t work out,’ Silva told ESPN Brazil.

‘We weren’t 100% sure he would leave Lyon. The last week arrived, this thing got a lot [clearer] and we had some other priorities because of the injuries we have in the team.

‘So we needed a striker, another defender. A midfielder, was a little less. I think that’s why things didn’t evolve well.

‘But I’m happy for Paqueta because West Ham certainly have a very good structure, it’s a great club in the Premier League scene.’

Paqueta, who looks set to be included in Brazil’s squad for the World Cup later in the year, made his West Ham debut in the 1-1 draw with Tottenham.

The 25-year-old will look to help David Moyes’ side secure a positive result against Chelsea on Saturday and Silva added: ‘I hope he can be sad on Saturday.

‘After that he can stay happy and get to the World Cup the way he knows, the way he’s been doing, which is playing good football.’

While Chelsea did not sign Paqueta, they spent more than £250m this summer on the likes of Raheem Sterling, Kalidou Koulibaly, Wesley Fofana and Pierre-Emerick Aubameyang.

Discussing Chelsea’s moves for fellow defenders Koulibaly and Fofana, Silva said: ‘They are important players with a high level.

‘They can add a lot of stability in our defence, because we didn’t start good, we lost many goals. They can help us.

‘We’ve never played together before, and maybe today will be the first time, I don’t know. But when you play with players of a top level, it’s easier to find cooperation and good results.’