‘We had to celebrate, but settle down after 24 hours and move on’: Erik ten Hag vows there’ll be NO complacency among Man United stars after beating Man City – as he weighs up handing loan signing Wout Weghorst a start at Crystal Palace

Erik ten Hag has warned that Manchester United’s derby day party is over as his side look to make it a perfect 10 at Crystal Palace on Wednesday night.

United staged a dramatic comeback to beat Manchester City at a raucous Old Trafford on Saturday, and move to within one point of Pep Guardiola’s champions.

United will go above City and Newcastle into second place behind leaders Arsenal if they can record a 10th successive victory in all competitions for the first time since Sir Alex Ferguson won 11 in a row in 2009. 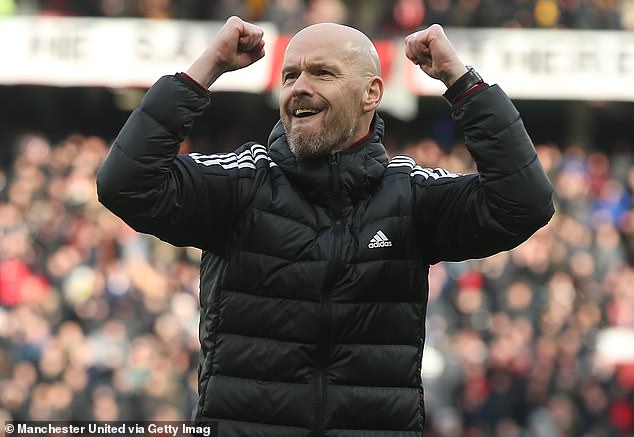 Ten Hag insists his players had every right to enjoy beating City, but now they have to focus on a difficult trip to Selhurst Park.

‘I think every win you have to celebrate. If you can’t celebrate, you kill the energy,’ said the United boss.

‘You work so hard for such momentum and every win is so great in top football. So we had to celebrate, but after it we had to settle down after 24 hours and move on to the next game. 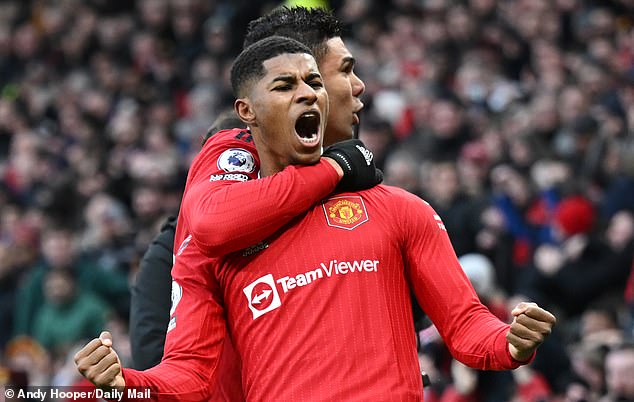 Ten Hag must decide whether to give Wout Weghorst a debut after the Holland striker moved to Old Trafford until the end of the season, having cut short his loan at Besiktas from Burnley.

It could depend on Anthony Martial’s fitness after the Frenchman was only able to play the first half of the derby before coming off.

‘I have to think about that,’ added Ten Hag. ‘I hoped to avoid that he was getting injured, but he was complaining. That’s why he also didn’t train in the week and was a question mark (for the derby). 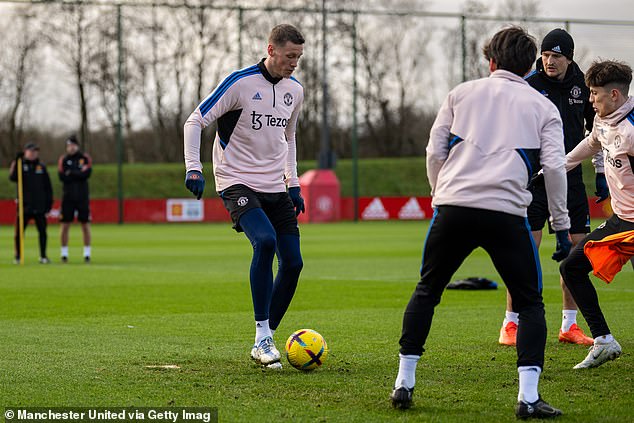 ‘We decided – and he decided as well – to start. He begged to start. I knew the start would be so important in the game, and he is really good at pressing. He’s a really big element in our pressing.

‘But I needed to re-evaluate at half-time. As you saw, he was not capable to go 100 per cent and this is what you need. Also to avoid him getting injured, so we took him off but it had a negative impact on our game after half-time.

‘Of course, I know a lot about Palace. We faced them also in pre-season (in Melbourne) and know how their team is. From this point on we can construct the plan and prepare the team in the right way.’