Swansea City 2-1 Watford: Jamal Lowe scores twice as Swans come from behind to go second while Hornets drop to sixth

Jamal Lowe took his goal tally to six in his last six outings to fire Swansea City back into the automatic promotion places.

Lowe’s goals enabled the home side to recover from falling behind to a 20th minute shot from Tom Cleverley and gave manager Steve Cooper the perfect start to 2021.

Watford arrived at the Liberty Stadium hoping the Christmas bounce given to them by the introduction of a fourth new boss of 2020, Francisco Javier Munoz, would continue against another of their major rivals for promotion. 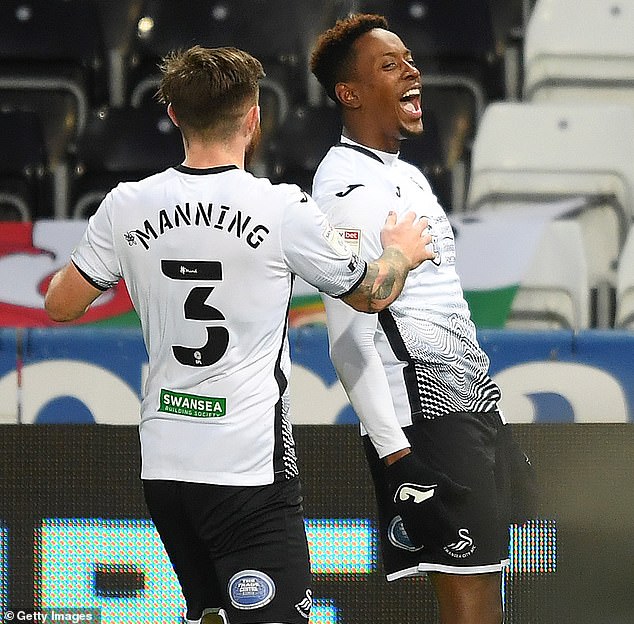 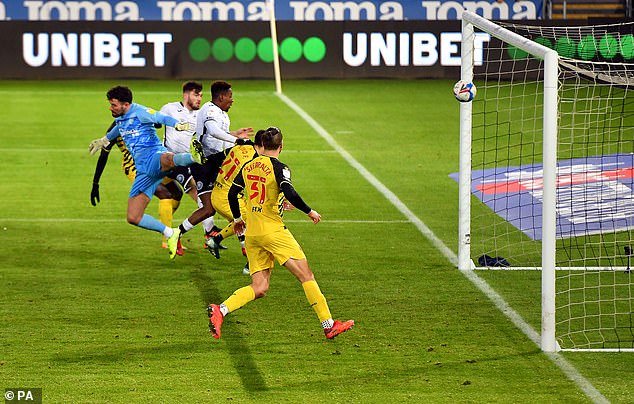 The Spaniard worked the oracle five days into his job by winning his debut game 1-0 at home against the league leaders, Norwich City, and his magical touch continued a week on when Tom Cleverley hammered home a low shot from the edge of the penalty area to squeeze the ball past the diving Freddie Woodman in the home goal for the opening goal.

Swansea were still looking for their first goal on the new pitch laid at their home ground after a goal less draw against Reading earlier in the week.

In that game they had dominated almost every aspect of the game, but lacked the clinical edge needed to stay in second place. 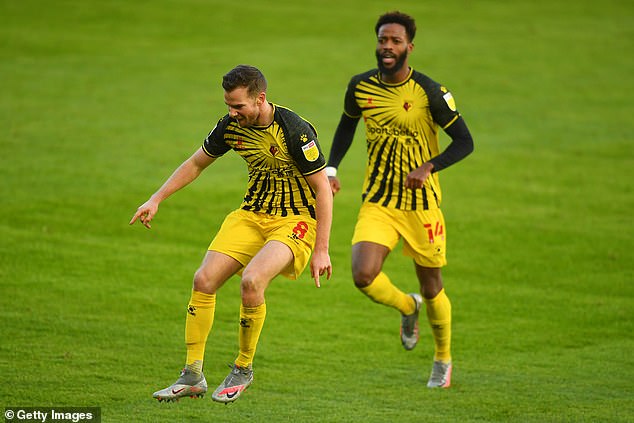 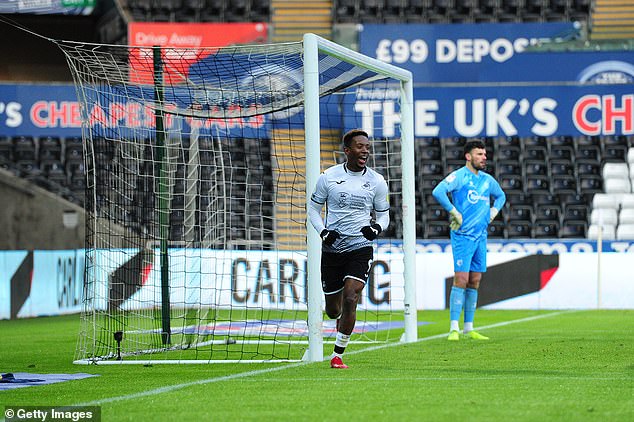 They didn’t have things as easy against fifth placed Watford and despite creating a couple of early chances thanks to the good work of Welsh international Connor Roberts down the right flank, they couldn’t break the deadlock.

Andre Gray came closest to scoring in the opening exchanges, somehow firing wide from two yards out from a speculative cross and then Roberts headed over from the six yard line.

The opening goal owed much to the pressure imposed by the Watford players on the home side that forced a defensive mix-up between Woodman and Marc Guehi. Moments after conceding a needless throw-in the pair could only hang their heads as Cleverley took aim and hit the target.

Watford were certainly good value for their lead, but they continually failed to cope with the home patterns of play that created acres of space for Roberts. Another of his hard and low crosses gave Jay Fulton a great opportunity, but his effort went over the bar from six yards out.

It was a sign, though, that the home side were beginning to find some of their midweek fluency and Watford goalkeeper Ben Foster was brought into action before the break. First, he had to tip over a left footed shot on the turn by Andrew Ayew off the penalty spot and then he somehow stopped Korey Smith from equalising five minus later with an instinctive block.

He had no chance on the stroke of half-time, though, when Jamal Lowe beat him from the edge of the area with a curling shot. That was just the boost Swansea were looking for and they came out at the start of the second half looking for more.

Jake Bidwell had the ball in the back of the Watford net in the 53rd minute, only to see his effort ruled out for offside, but that man Lowe made up for the disappointment when he headed home his second a quarter-of-an-hour later.

This time it came from a cross on the right from Smith. Foster came for it and missed and Lowe gratefully nodded home. 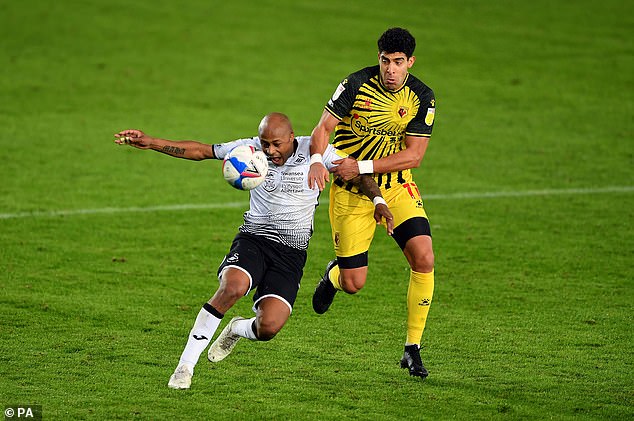 Swansea move up to second, above Brentford, while the Hornets drop down to sixth