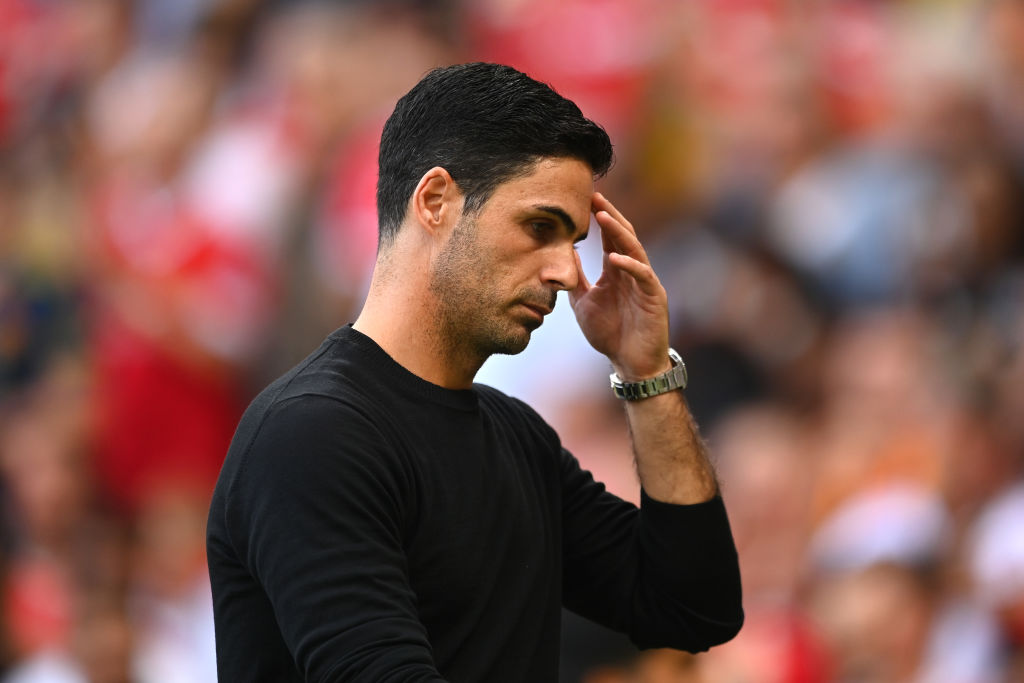 The Gunners’ 100% start to the season came crashing down at the Theatre of Dreams, with United beating Arteta’s side 3-1 on Sunday thanks to a goals from Antony and a brace from Marcus Rashford.

Arsenal took the lead in the north-west but Gabriel Martinelli’s goal was chalked off after VAR adjudged Martin Odegaard to have fouled Christian Eriksen in the build-up.

Arteta was furious afterwards, saying it’s ‘really difficult’ to accept the decisions made by Paul Tierney and his match officials.

‘It’s a lack of consistency. What is soft? Last week, they [Aston Villa] got a goal when there’s a foul on Aaron (Ramsdale), but it’s soft and it’s not a foul,’ said Arteta.

‘Then there’s a penalty on Bukayo [Saka, by Tyrone Mings] but it’s soft and not a penalty. Today this is a foul.

‘There were some strong tackles and no yellow cards because the threshold is low because it’s a big game. It’s really difficult to accept.’

But Keane says it’s a constant theme with Arteta and that he’s ‘fed up’ with the Spaniard coming up with ‘excuses’.

‘I’m fed up with all their excuses Arsenal anyway,’ said Keane.

‘Arteta gets interviewed after the game he’s a sore loser. He’s got to give a little bit of credit to Man United and he never does.

‘Every time he loses a game I listen to him they go on about what they didn’t do properly, the officials.’