Basketball star jumped by rival players and ‘fights with 30 officers’ 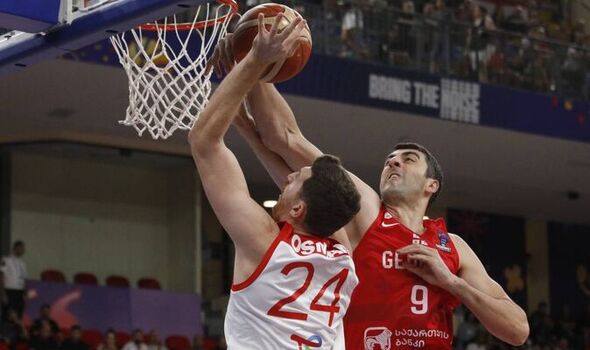 The FIBA EuroBasket 2022 match between Turkey and Georgia was marred by ugly scenes after one player was ‘attacked’ as he walked to the dressing room. Turkey’s Furkan Korkmaz, who plays in the NBA with the Philadelphia 76ers, was central to the drama as the hosts won 88-83 in Tbilisi.

According to a report in Bild, Korkmaz and opponent Duda Sanadze clashed on the court in the fourth quarter. During the scenes the music box continued to play, without officials properly gauging what was going on.

The home crowd then got involved, hurling objects towards the Turkish players. And as the situation escalated, Korkmaz and Sanadze were both sent back to the dressing room – although that proved just the start of more mayhem.

Omer Onan, the vice-president of the Turkish federation, told the German publication: “As Furkan walked down the hall towards the changing room, he was attacked by Georgian players who were not in the squad and the Georgian who was thrown down and some police officers. A player who is on his way to the locker room should not be attacked! 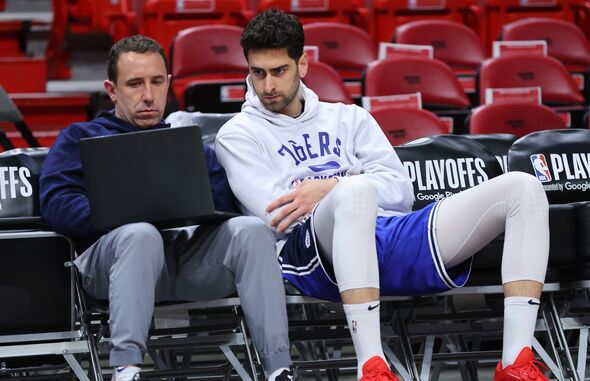 “After the end of the game, around 30 police officers engaged us in a fight. You have to imagine that – we got into a fight with the Georgian police! I have already contacted the world association.”

Turkey have also protested the final result, claiming the time in the lost for the fight cost them a chance to make up the five-point deficit: “Today’s game was simply 22 seconds shorter. The fact that it wasn’t just one or two leads us to believe it wasn’t a bug,” he continued, and also claimed his team were “not protected by the police” during their 45-minute trip from the hotel to the arena. 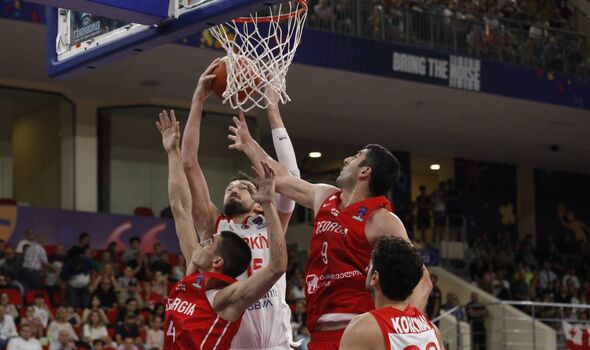 Korkmaz, 25, joined the Sixers in 2017, having won multiple trophies in Turkey. The shooting guard signed a new-three year deal to stay with the franchise last August.

Turkey play Belgium in their next European Championship game tomorrow. Prior to playing the Georgians, they had wins against Montenegro and Bulgaria.