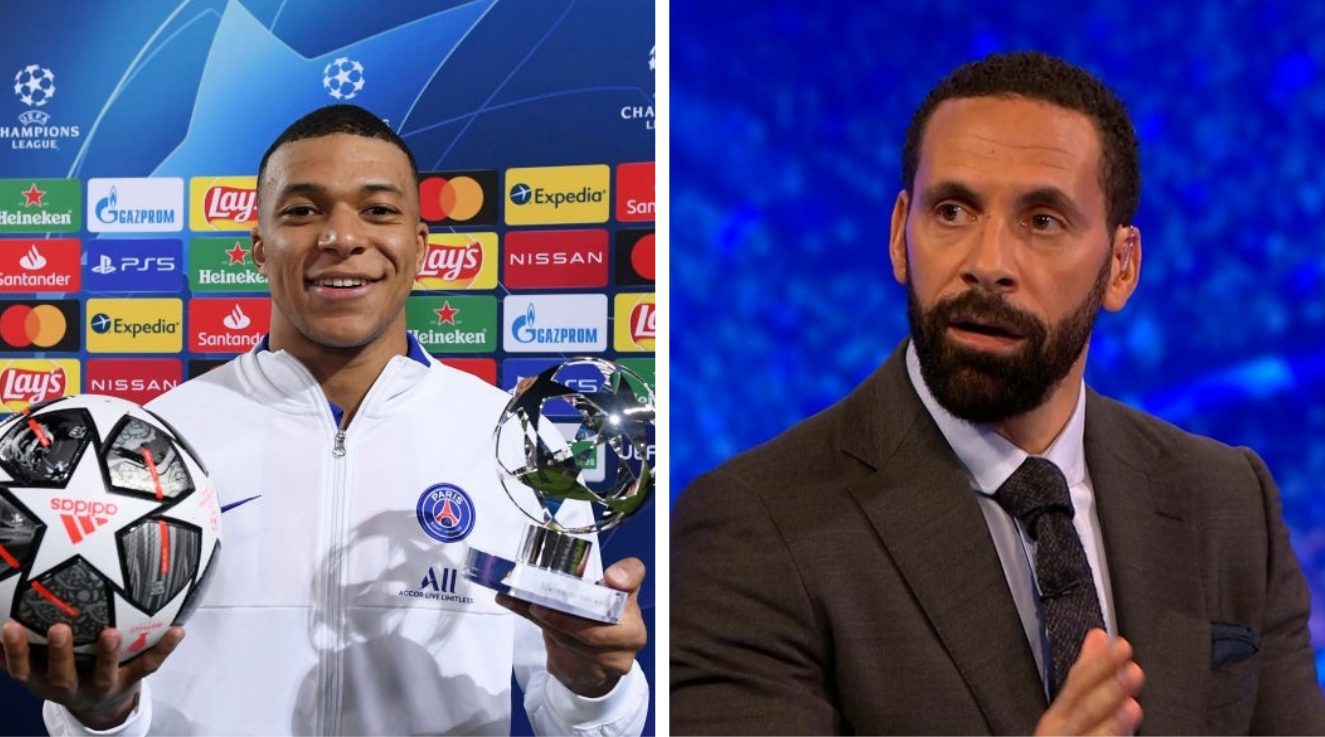 Rio Ferdinand is adamant Paris Saint-Germain forward Kylian Mbappe will ‘take the crown’ from Lionel Messi and Cristiano Ronaldo and develop into the best player in the world after his Champions League masterclass against Barcelona.

Mbappe, 22, scored a brilliant hat-trick as French champions PSG blew away Barcelona in the first leg of their last-16 tie at the Nou Camp.

The World Cup winner scored three goals in an emphatic 4-1 victory which saw PSG put one foot in the Champions League quarter-finals, and Barcelona on the brink of another premature exit.

Manchester United legend Ferdinand heaped praise on Mbappe after the impressive display and told BT Sport that the Frenchman was on course to take over from all-time greats Messi and Ronaldo.

He said: ‘This guy will take over the throne from Lionel Messi and Cristiano Ronaldo one day.

‘This is a statement from Mbappe. Mbappe is on his own, out of the young players, he’s on his own. He’s won the World Cup and been immense in the Champions League.

‘He will take the crown from Messi and Ronaldo and be there, he’s standing alone at the moment and it’s up for other players to catch up with him now.’