Scottish football’s fragile image can do without showpiece days like this.

On a Hampden playing surface better suited to agricultural production than a major cup semi-final Rangers defied the loss of the first goal against Aberdeen to secure a 16th meeting with arch rivals Celtic in the final of the Viaplay Scottish League Cup.

Substitute Kemar Roofe’s first strike since April 14 last year came during a period of extra-time when the state of the pitch made passing the ball as fraught as an act as handling a live hand grenade. When the video technology system inside Scotland’s National Stadium malfunctioned for eight minutes it added to a growing sense of embarrassment. None of this was a good look. 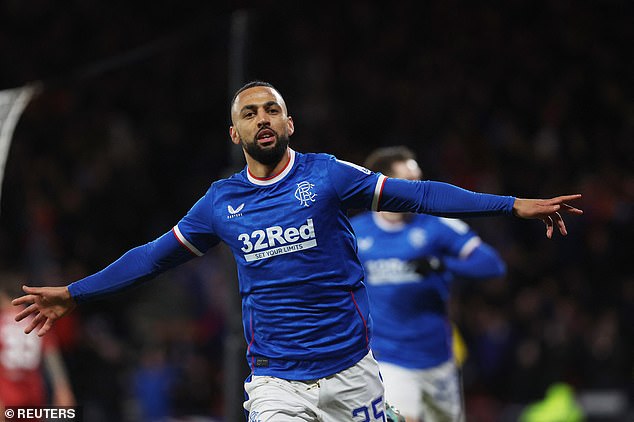 The wiring insided Pittodrie captain Anthony Stewart was no more reliable than the Hampden VAR monitor. A red card for a wild, dangerous challenge on Rangers winger Fashion Sakala came at the end of normal time.

After a first half when Bojan Miovski’s strike after 41 minutes gave them their third lead of the season Aberdeen were let down badly by their skipper. The day would reach an old, familiar conclusion.

Former Dons captain Ryan Jack drew Rangers level with a deflected shot after 61 minutes, the rush of blood to the head from their captain forcing Jim Goodwin’s side to play an extra 30 minutes with ten men.

Another player to leave the north east for Ibrox, Rangers winger Scott Wright added insult to injury when he came off the bench to tee up a first goal in nine months for Roofe. 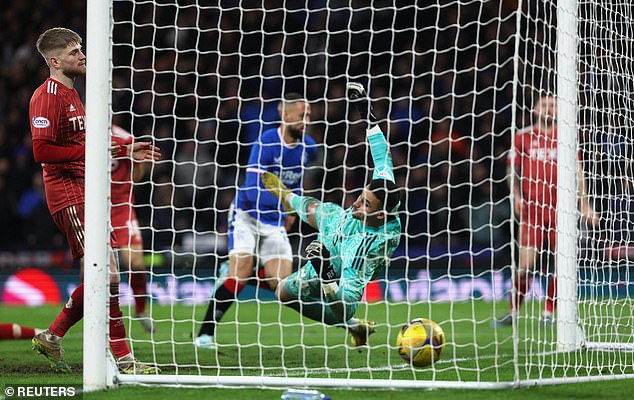 Any notion of the Jamaican international’s fortunes turning after a lengthy injury lay-off was short-lived. Minutes later he was forced from the pitch by a shoulder injury. But for bad luck he’d have none at all.

Rangers return to Hampden to meet Celtic on February 26. Their last final at the National Stadium ended in victory Hearts in the Scottish Cup after a critical goal from Ryan Jack. So it proved here when the number eight dragged the game into extra-time. With eleven against ten there was only one winner.

Down to ten men Aberdeen emptied the tanks and gave it their all, Liam Scales and Hayden Coulson forced Allan McGregor into scrambled saves during a frantic period of extra-time. By then the playing surface was farcical. A hybrid pitch relaid as recently as October the SFA can only hope they kept a receipt.

Aberdeen will look back on another defeat to Rangers and feel they might have taken so much more from the game. Victims of a late mugging at Pittodrie last month a tight – but correct – offside call prevented Miovski scoring twice in the first half. 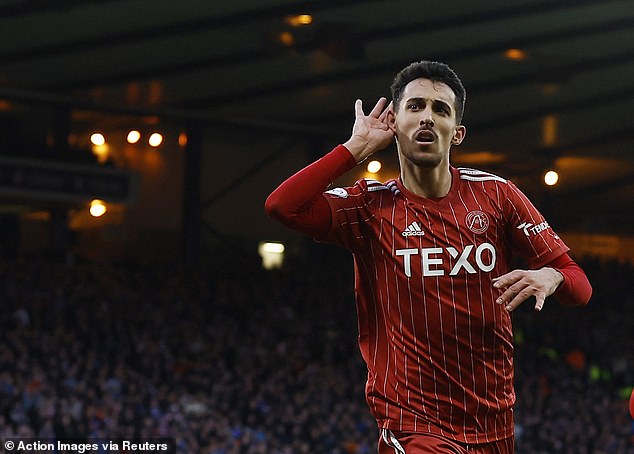 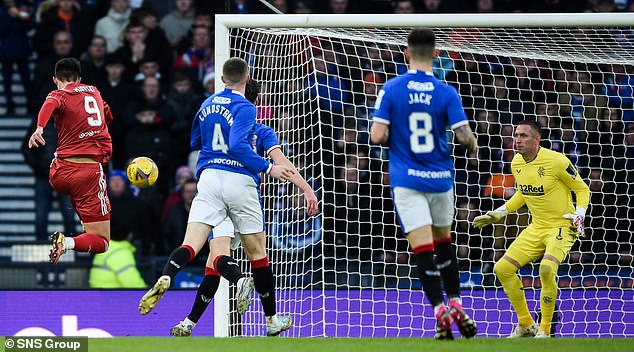 The North Macedonian was a few inches off as he ran on to a through ball from Leighton Clarkson after 16 minutes. His first touch dragging the ball wide the striker defied an acute angle to lash the ball high into the net past McGregor. The curse of the delayed offside flag curtailed Aberdeen celebrations. On a weekend when VAR has failed to get everything right, the call was spot on.

Rangers learned nothing from the early reprieve. With four minutes until half-time Clarkson fired another piercing quick through ball towards Miovski. This time he had the presence of mind to realise he was in an offside position.

Kudos to Matty Kennedy. The Aberdeen winger showed significantly better awareness than Borna Barisic or a ponderous Rangers defence when he raced on to the loose ball and made headway towards the Rangers goal. A weighted cross picked out Miovski, the striker ending his six game goal drought by steering the ball past Allan McGregor from 10 yards.

Rangers started the game like a train, Fashion Sakala almost repeating his early strike at Pittodrie when he struck the base of the upright with an attempted header which came off his left shoulder.

The best Rangers chances of the half had yet to come. Ryan Kent found time for a rasping left foot drive from 20 yards, Kelle Roos throwing himself low to the left to parry before Sakala slashed the ball wildly awry. 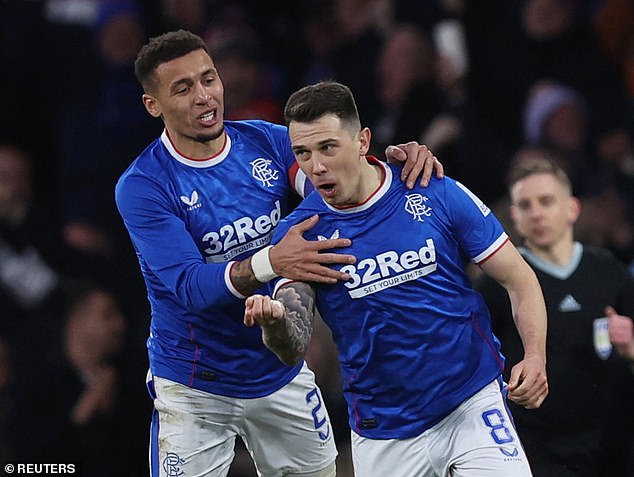 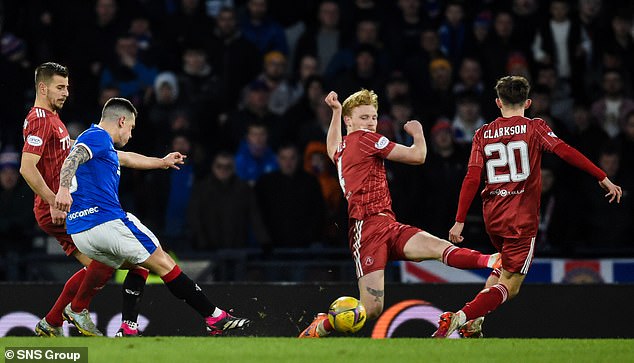 Picked out at the back post by a Borna Barisic cross Alfredo Morelos’ firm point blank header was blocked on the line by Aberdeen keeper Roos. Goalline technology vindicated the decision.

When Aberdeen took the lead against Rangers for the third time this season through Miovski’s composed finish it prompted an eruption of noise from their travelling support of 13,500. They needed no reminding that, in both of the previous games, Rangers had recovered from the loss of the first goal to win anyway. Sometimes bad things happen in threes.

Since taking over as Rangers manager some of Michael Beale’s best work has come during a three or four minute spell at half-time. Poor first half displays against Hibernian, Dundee United, Aberdeen and Celtic required a coaching intervention. So it was here at Scotland’s National Stadium.

A former captain of Aberdeen, Ryan Jack had already squandered one second half chance when he misdirected a Malik Tillman lay-off. When the second came after 62 minutes his former club had cause to curse the deflection which steered the midfielder’s low strike into the bottom corner of the net after a deft one two with Alfredo Morelos.

The goal had been coming. The score at 1-1 with half an hour to play the Dons now faced a test of their mental, as much as their physical strength. The loss of the influential Luis ‘Duk’ Lopes to injury did nothing to raise their now flagging spirits. 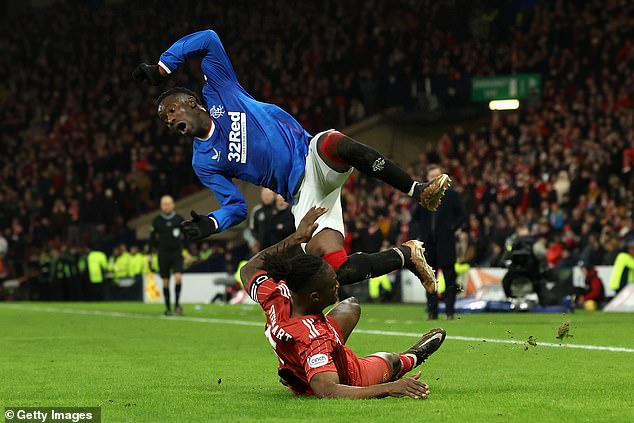 They weren’t quite done yet. One of the game’s best players before he made way with cramp, Leighton Clarkson smacked a low shot against the base of the post. With Kennedy offside it wouldn’t have counted anyway. If nothing else it reminded Rangers they still had a game to win.

The most damaging loss of discipline came from Aberdeen’s captain Stewart. The protests of teammates at the red card shown after three minutes of added time were as daft as they were futile. Out of control it was a red card all day long.

Already wounded by one of their former players the introduction of another in Rangers winger Scot Wright felt like salt in the wounds. Wright’s surging run towards the byeline in the 94th minute produced a cut-back for Roofe to claim his first Rangers goal in nine months. A meeting with Celtic in the final now awaits.