Marco Silva slams VAR decision to not send off Dan Burn and award Fulham a ‘clear’ penalty, claiming it had a ‘huge impact’ on the game as the Cottagers fell to a late 1-0 defeat to Newcastle at St James’ Park

Fulham boss Marco Silva accused the officials of changing the game when they failed to award a penalty and send off Newcastle’s Dan Burn for what he felt was a trip on Andreas Pereira.

The Cottagers were given a spot-kick from the same passage of play for a Kieran Trippier foul on Bobby Reid, but VAR decided that Pereira had gone down too easily when clear on goal. Fulham striker Aleksandar Mitrovic then saw his converted penalty disallowed having slipped and kicked the ball onto his standing foot.

Newcastle duly took all three points when Alexander Isak headed home in the 89th minute, but Silva was not happy. 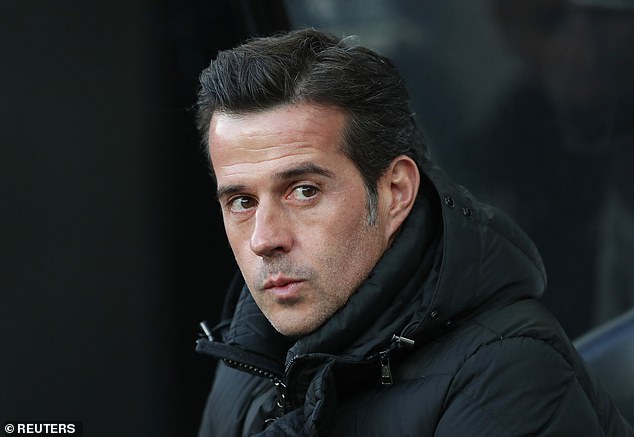 ‘I have to mention the moment of the penalty, not because we missed, that can happen,’ he said. ‘But it is difficult to understand in 30 seconds two decisions in the box. Two clear decisions.

‘From that moment, we can win, we can lose – but the game would be completely different if you play with 10 players.’ 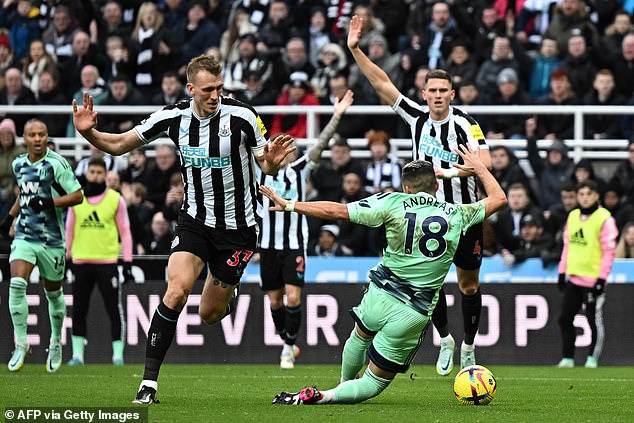 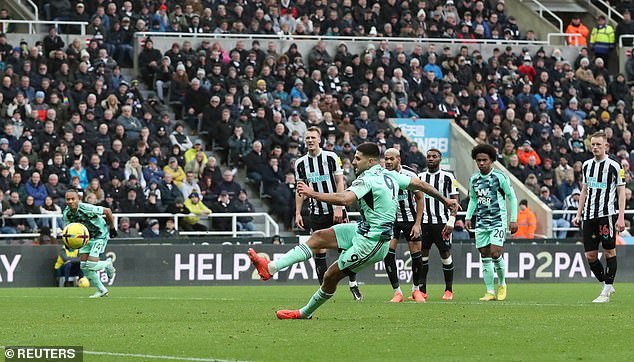 Mitrovic’s disallowed goal rallied the home crowd, and Newcastle head coach Eddie Howe said: ‘I think we got a lift from that moment – bizarrely, sometimes that can happen.

‘They miss the penalty, the crowd really gets behind us, our players feel a sense of a little bit more freedom, because we could have been behind, and we go on to win the game. I was delighted for Alex to get the goal.’

Howe, meanwhile, defended his decision to start with Joelinton, who was charged with drink-driving last week. 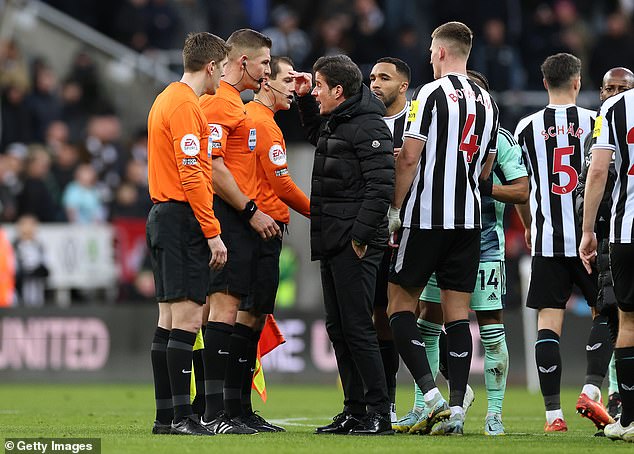 ‘I had a long meeting with my coaching staff yesterday afternoon after training, where we debated the whole scenario. Ultimately, I have to make the decision, and I did,’ he said.

‘I didn’t underestimate what Joe did, but there’s a whole host of things to consider around it and I felt this was the right call at that moment.’

Howe says midfielder Bruno Guimaraes will be sent for a scan on his injured ankle but admitted the player was still in some discomfort after the game and ‘that is never a good sign’.