‘He took it and sent it down!’ Andrea Pirlo reveals former AC Milan team-mate Gennaro Gattuso once ate a slug for a €10,000 bet during their their time together at the San Siro

Andrea Pirlo has revealed former AC Milan team-mate Gennaro Gattuso once ate a slug for a €10,000 bet during their illustrious period together at the San Siro.

Pirlo and Gattuso were also part of Italy’s 2006 World Cup-winning squad and while taking part in Juventus’ All or Nothing docu-series as manager, Pirlo told an amusing tale about his former team-mate. 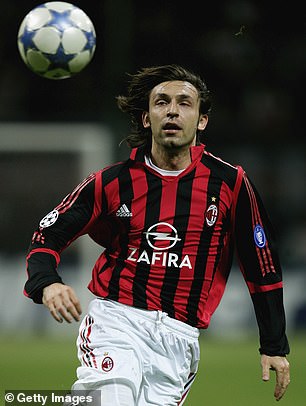 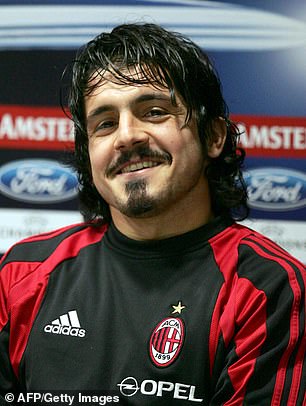 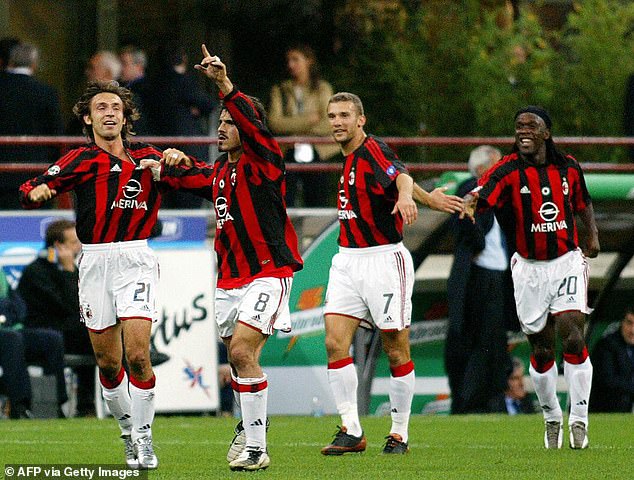 Speaking on the eve of the 2020 Italian Super Cup in January 2021 – when Gattuso was managing opposition side Napoli – Pirlo said: “Once we made a bet… you know the snails, the ones without their shells, so big?

‘We said “come on Rinos, if you eat it we will give you 10 thousand euros, we collect them and then you give them to the warehouse workers.”

Pirlo added about his former team-mate, known for his bombastic nature on the pitch: ‘Whenever Gattuso talked at the table they made him “shhh” from the other tables, he went crazy, got up and started beating someone.’

The pair also won two Serie A titles together and one Coppa Italia, with the eight years of Carlo Ancelotti in charge from 2001-2009 their most successful years. 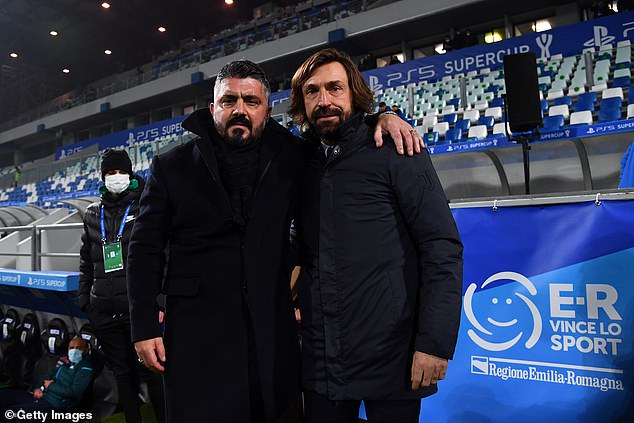 Pirlo, who joined Milan from rivals Inter in 2001, left on a free transfer in 2011 for Juventus, going on to win four Scudetto crowns in a row.

Gattuso, meanwhile, was at Milan from 1999-2012 and finished his career a year later after one solitary season at Swiss club FC Sion.

Both have dipped their toes into management too, with Pirlo leaving Juve after one soilitary season at the club while Gattuso left Napoli in the same summer.