Nottingham Forest 4-0 West Brom: Jack Colback scores a stunner as Steve Cooper’s side close in on securing a play-off spot after a dominant win over ten-man Baggies

Jack Colback scored a goal he will surely never repeat at any level of football to keep alive Nottingham Forest’s lingering hopes of automatic promotion.

In first-half stoppage time and with his team 2-0 up against 10-man West Bromwich Albion, Colback swung his boot at a dropping ball on the left touchline and was as astonished as anyone to see it fly into the net from an apparently impossible angle. His low-key celebration seemed to give away that he had meant merely to cross it.

Colback’s absurd strike, which followed an early penalty from Brennan Johnson and a header from Ryan Yates, left Forest on 70 points with five games remaining, with Sam Surridge also adding a fourth in the closing seconds of the match.. They can still pip Bournemouth to second spot if they collect maximum points from here on in, and Scott Parker’s men take no more than seven from their final five fixtures. 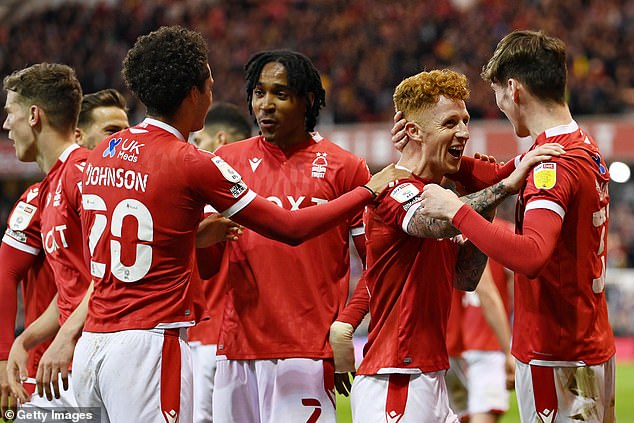 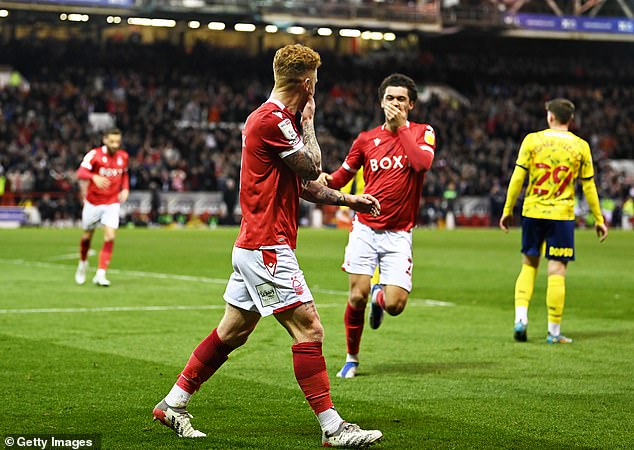 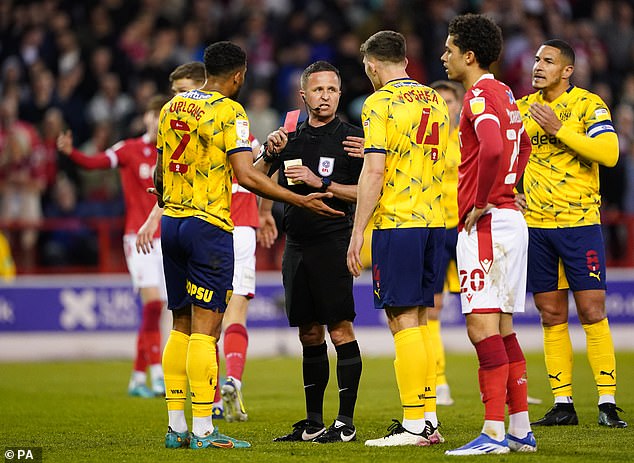 That might seem unlikely, especially after losing striker Keinan Davis to a hamstring injury. But after watching Colback’s goal, Forest fans will believe anything is possible as they eye a first Premier League campaign this century. For West Brom, however, it was a miserable evening. Darnell Furlong was sent off for a handball that led to the penalty and boss Steve Bruce and his coaching staff were exasperated with the refereeing throughout.

After their defeat at Luton on Good Friday had ended a run of three straight wins, Forest were desperate to get back on track in front of their own supporters, though it was West Brom who looked sharper in the opening minutes.

Gradually, however, Forest began to take control. James Garner’s effort from 30 yards was dipping but too high, and the on-loan Manchester United midfielder was again off target with a free-kick from just outside the penalty area.

After those misses, Garner was heavily involved in the opening goal. When Philip Zinckernagel’s effort rebounded to him, Garner drove goalwards only to see the strike blocked by the arm of Darnell Furlong. The Albion wing-back had been booked moments earlier for a trip on Zinckernagel and referee David Webb promptly sent him off.

Before the spot-kick was taken, Albion assistant Stephen Clemence and Forest No2 Alan Tate had to be separated by fourth official Will Finnie as tempers frayed. Then Johnson kept his nerve brilliantly to beat David Button, even though the goalkeeper dived the right way. 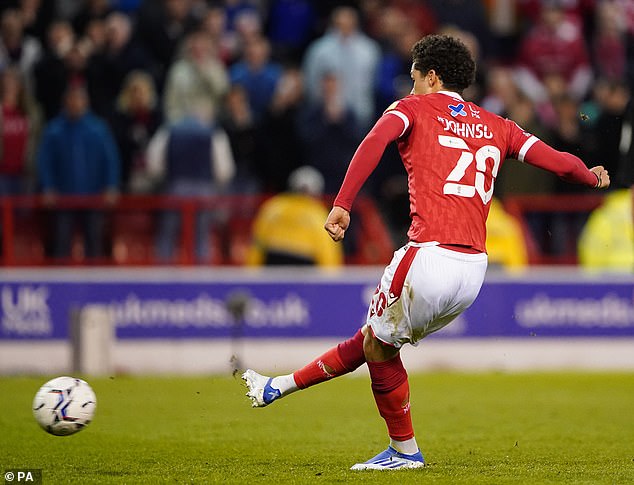 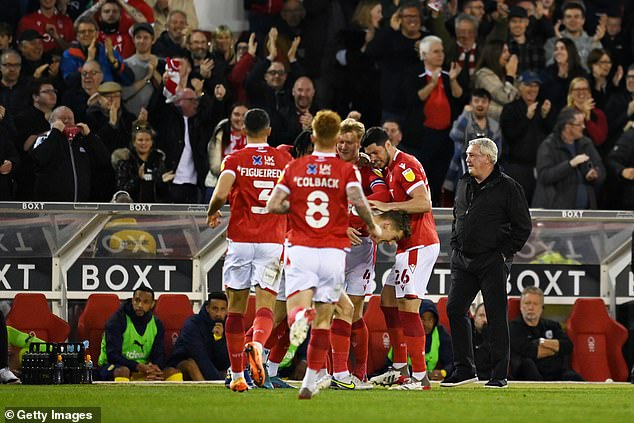 Before they had had chance to regroup, Albion were two down. Djed Spence took a quick throw to Johnson, whose cross forced a corner – sparking more fury on the visiting bench, as this time boss Steve Bruce berated the unfortunate Finnie. To complete Bruce’s misery, Yates produced a superb leap to meet Garner’s delivery and power the ball beyond Button. Albion were furious as they believed the original throw-in should have been awarded to them.

Things were going from bad to worse for Albion, who had started the evening still with a slim hope of reaching the play-offs. When Bruce sent on defender Taylor Gardner-Hickman for Karlan Grant, the forward ignored his manager and threw his training top to the ground in disgust.

At this stage Albion had lost their cool and referee Webb was struggling to maintain order. One of Gardner-Hickman’s first contributions was to hammer the ball into the home crowd after giving away a free-kick, which led to another melee among the players. 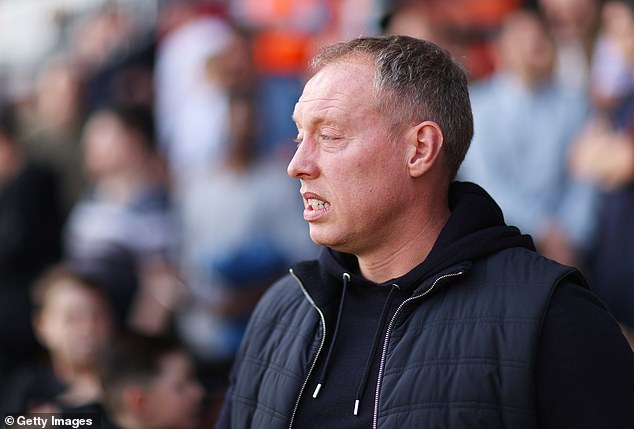 The moment of the half arrived in stoppage time when Colback, collecting a lofted pass from Johnson, volleyed it goalwards from close to the touchline, level with the six-yard line. The ball flew over a startled Button and into the far corner.

Judging by Colback’s sheepish reaction, his intention was perhaps to cross rather than shoot – but the home supporters did not care. As the players walked off, Bruce waited for Webb at the mouth of the tunnel and was in heated discussion with him as they headed to the changing rooms.

Forest fans were in party mode throughout the second half and yelled ‘Shoot!’ every time Colback received the ball. They cheered again when Surridge produced a confident finish from 15 yards for the fourth as the game drew to a close. If they achieve their aims, the celebrations in this city will be something to behold.