Barca 0-1 Cadiz: Xavi's side lose at home for second time in four days

Barcelona’s singing section boycotted the team’s home game against Cadiz and missed the side’s worst performance so far under Xavi as the relegation strugglers ran out 1-0 winners.

Barca are in a four-team race to get into the Champions League places with Betis, Sevilla and Atletico Madrid. This result is a reminder that that they don’t have a top-four finish sown up just yet.

Around 5,000 Barça supporters stayed away because they were unhappy at the way the club allowed around 20,000 Eintracht Frankfurt to access all areas of the Nou Camp and roar their side to victory in the Europa League last Thursday. 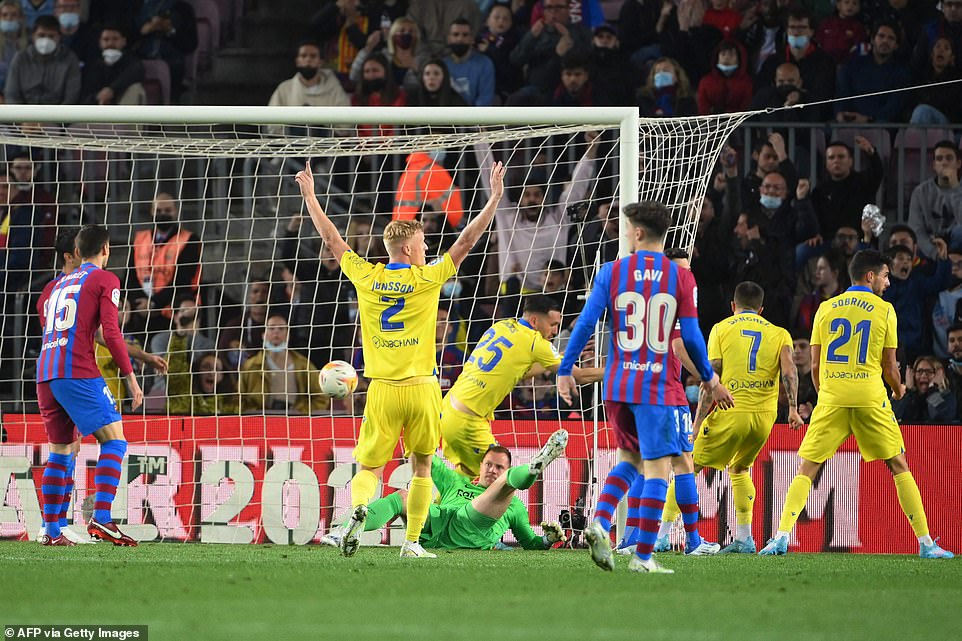 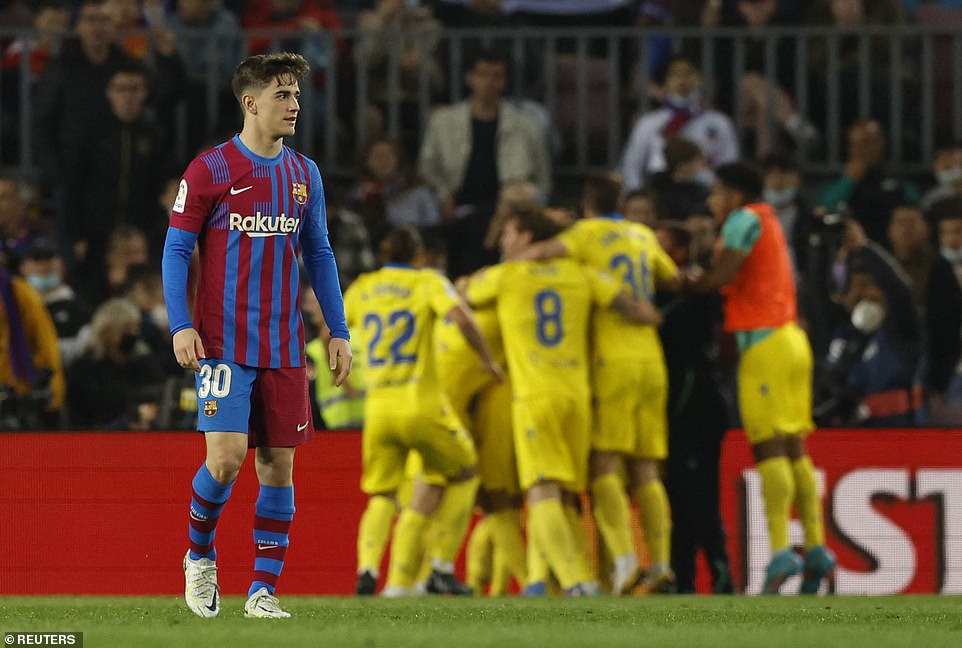 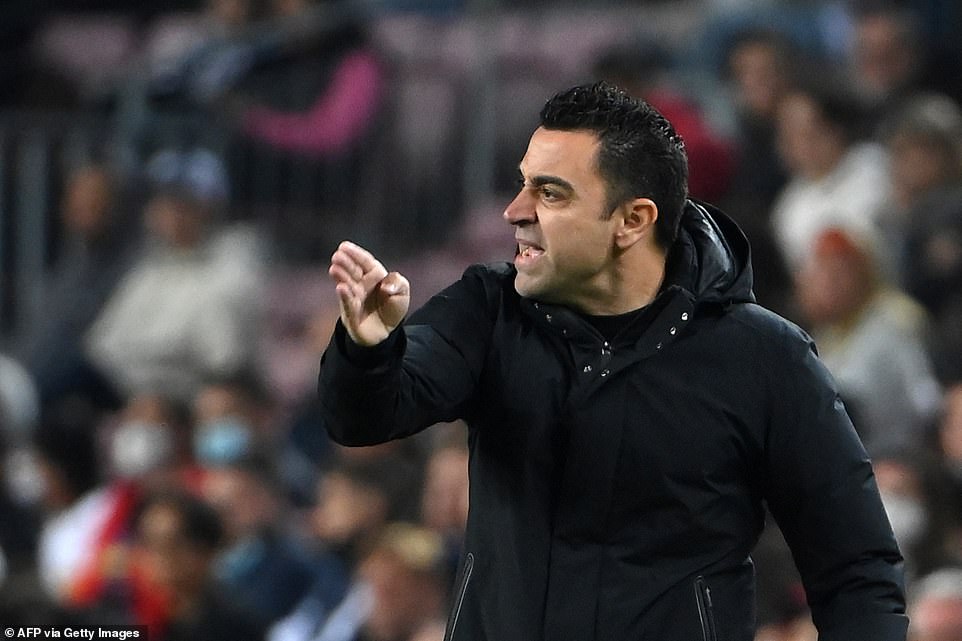 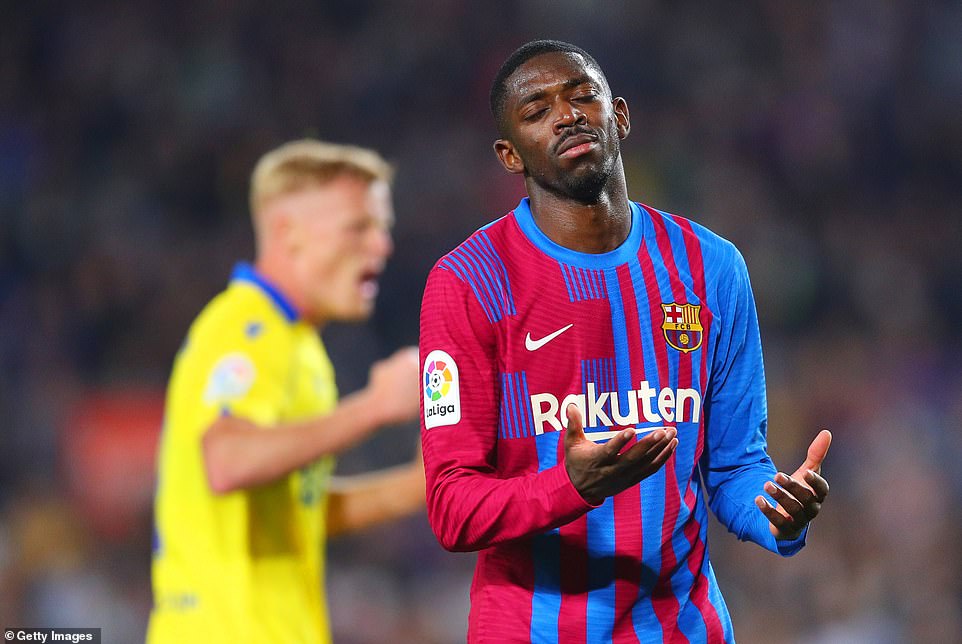 Staying away in protest at other fans having stayed away – allowing the visiting supporters to take their place – might seem like a strange way to register their discontent. Their presence from behind the North Goal were missed here and so were the injured Pedri, Gerard Pique and the suspended Ronald Araujo.

Barcelona failed to score in a first half for the fifth consecutive game in what was a poor opening 45 minutes from them.

Ousmane Dembele was their brightest light in the first half although he some of his best work by shooting high and wide or picking the wrong final pass. He tested Jeremias Ledesma when he had Frenkie de Jong free to his right.

It was Cadiz who had the best chance of the first half when Sobrino raced away on a counter attack and crossed for Lucas Perez who blazed over with his first time finish.

The former Arsenal and West Ham forward made no mistake three minutes into the second half with a chance from just two yards out. 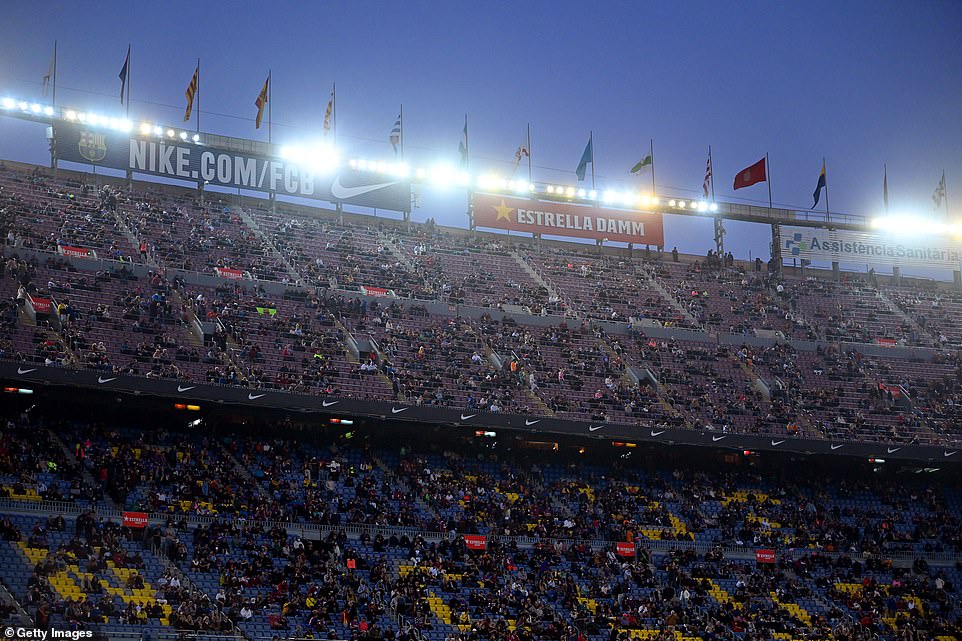 Around 5,000 Barça supporters stayed away because they were unhappy at the way the club allowed around 20,000 Eintracht Frankfurt to access all areas of the Camp Nou

Alex Fernandez played the ball into the area and neither centre-back Clement Lenglet nor goalkeeper Marc Andre ter Stegen could deal with the danger as Sobrino tried and then Perez succeeded in finishing from close range.

Xavi left it to the hour mark to take action bringing the ineffective Memphis Depay off and throwing the rested Pierre Emerick Aubameyang on.

Dembele was still head and shoulders Barcelona’s best attacking threat and again he tested Ledesma with a shot. Xavi was preparing Luuk de Jong as Barcelona’s threat continued to bounce off of former Barcelona B team player Fali who was starring in the heart of Cadiz’ defence. 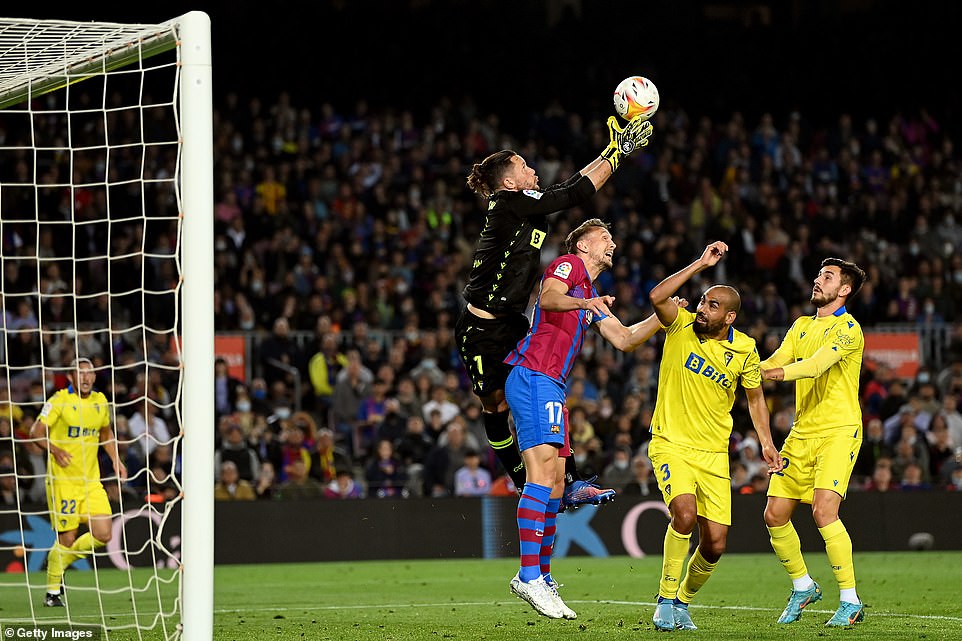 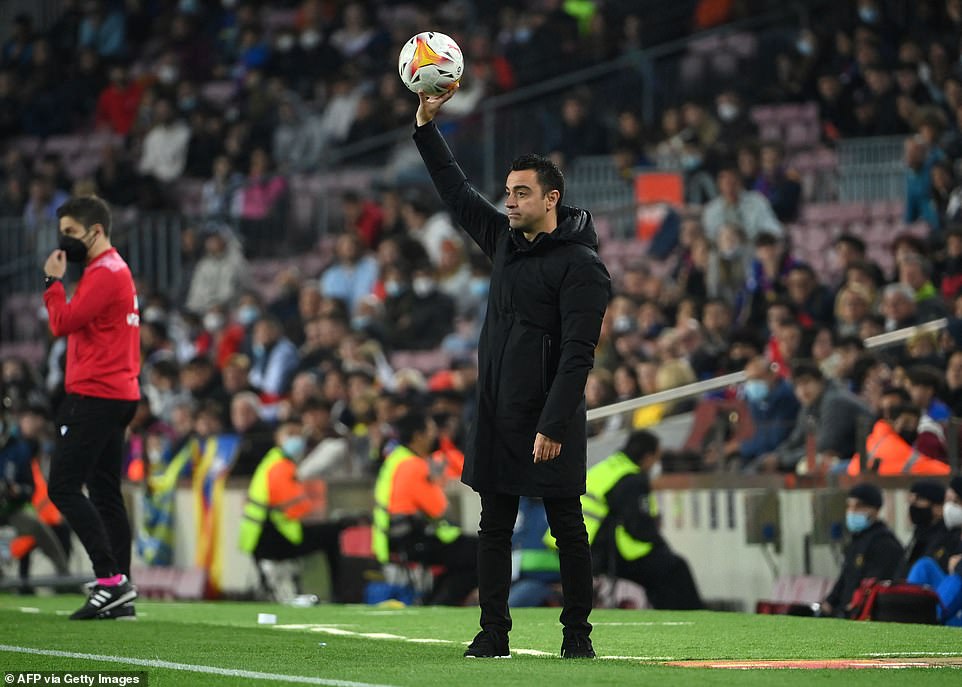 The result means Xavi’s side have far from secured a top-four finish in LaLiga yet, with six games to go this season

With Barcelona pouring forward they were leaving gaps at the back. Ivan Alejo crossed from the right on one break but Fernandez sent his low shot wide. Luuk de Jong came on with Adama Traore and the big Dutch forward made a clever run to the near post from where he headed Dembele’s cross at Ledesma who batted it away.

Eric Garcia shot from distance and Ledesma pushed the effort away as Barcelona got more and more desperate but the goal never came. Ledesma saved again on 89 minutes from Aubameyang and when the ball ran out to Torres on the edge of the six-yard box Fali and Pachi Espino both crunched into a goal saving challenge that summed up Cadiz’ herculean effort on the night.

They climb out of the bottom three with their first ever win against Barcelona, and Xavi heads into his first mini-crisis since taking over.