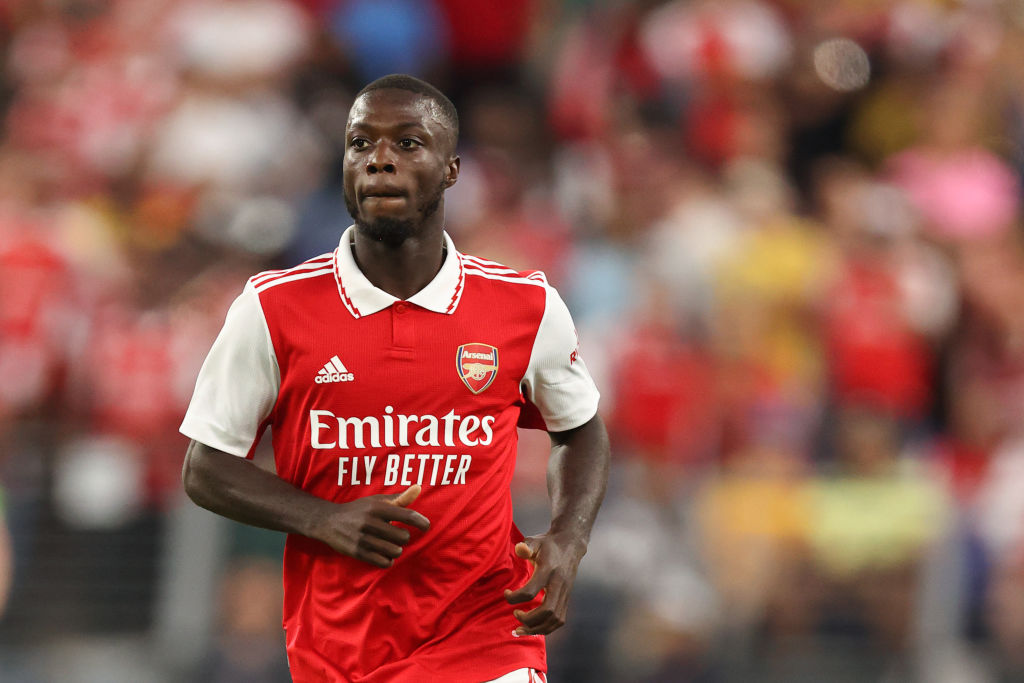 Nicolas Pepe has hinted he is ready to stay and fight for his place at Arsenal this season.

The Ivory Coast international joined the Gunners for a club record £72miillion deal from Lille in 2019 but has been unable to consistency force himself into the first-team picture in north London.

Pepe started just five Premier League games last season, contributing one goal and one assist with recent reports claiming he has been deemed surplus to requirements with Arsenal willing to listen to offers.

Leeds United, Marseille, Lyon and Sevilla are all said to be interested in signing Pepe with Arsenal hoping to collect around £25m for the player who has two years left on his contract at the Emirates.

Pepe is part of the Gunners squad currently in the US as part of Arsenal’s pre-season tour, featuring in all three games against Everton, Orlando City and Chelsea.

Ahead of the club’s return to the UK, the 27-year-old has suggested he is ready to fight for a first-team role under Mikel Arteta.

‘I worked hard during the summer. Changed a lot of things,’ Pepe wrote on Instagram.

‘I’m focused and determined with Arsenal and my teammates.’

Pepe struggled for a first-team role last season with Bukayo Saka, Gabriel Martinelli and Emile Smith Rowe among those ahead of him in the pecking order.

Arsenal have further strengthened in attacking positions this summer with Gabriel Jesus and Fabio Vieira arriving at the club from Manchester City and Porto respectively.

Arsenal ended their pre-season tour with a thumping 4-0 win over Chelsea in Florida with Oleksandr Zinchenko making his Gunners debut.

‘He was desperate to play and I knew that,’ Arteta said of his newest recruit. ‘It was a maximum 45 minutes but you could see straight away he was comfortable.

Arsenal will now return to London and face Spanish side Sevilla at the Emirates next weekend before starting their Premier League campaign against Crystal Palace on 5 August.