Tributes have poured in following the death of ‘legendary’ Arsenal supporter Maria Petri who has passed away at the age of 82.

Petri started following the Gunners in 1950, and had been a fixture at Highbury and the Emirates ever since.

She was also an ardent supporter of the Arsenal Ladies side from their founding in 1987. 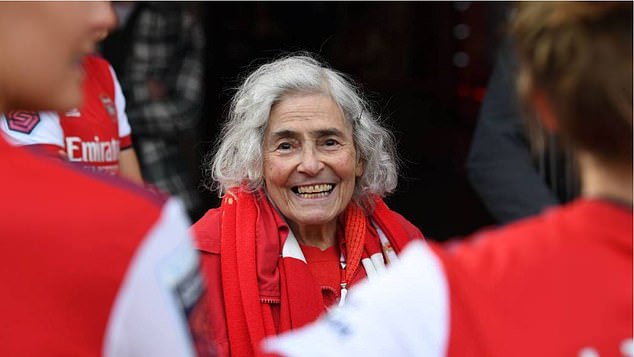 In a statement released by the club, Arsenal manager Mikel Arteta said: ‘We are all really sorry to hear the news.

‘She was an integral part of our support and our community. The way she transmitted Arsenal values and the feeling of this football club was something I have never seen before.

‘She was everywhere, every single week and she will be missed. Big time.’ 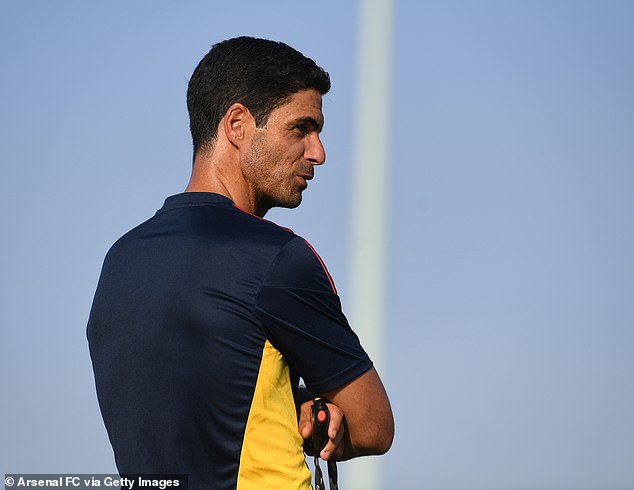 Petri was a school teacher before retiring and was famed for how vocal she was at matches. Speaking to DAZN earlier this year, she said: ‘I’m now an 82-year-old orphan. Because I don’t have any nuclear family, I see Arsenal as my family.’

The sentiment was echoed in the club’s statement, which hailed her ‘legendary support’ and said that her absence ‘will truly leave a void on matchdays at Emirates Stadium, Meadow Park and at away matches wherever we are playing.’

Arsenal legend Alex Scott also shared a message of remembrance,  tweeting: ‘Arsenal through and through.. Thank you for the love, the passion, the songs and support for us from the very beginning. We will never forget you Maria, We love you.’